Forget about Messi and CR7, here is the real GOAT

By Prester (self media writer) | 1 year ago

The last decade has seen the football world being treated to world class football from two sensational players. With 11 Ballon Dors between them in the last 13 years then it is clear why Lionel Messi and Christiano Ronaldo have dominated the debate on who is the greatest of all time (GOAT). It is important to note that this year's award has been cancelled due to Covid 19 which means only Luka Modric stepped in briefly in 2018 only for the trend to continue the following year with Messi clinching a record 6th accolade, one ahead of CR7. 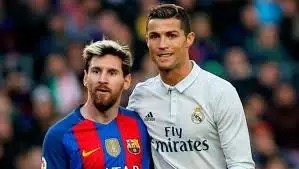 The two players have literary carried their teams when it mattered the most both internationally and at club level. Messi has been a Barcelona player since his academy years while CR7 has played professionally in his native country Portugal, England, Spain and now Italy.

Despite winning everything there is to win at club level both have struggled to replicate the same at international level. Messi for instance has been to four finals with Argentina and failed to clinch the trophy. He has been to three Copa America finals and one world cup final. Ronaldo on the other hand has never impressed at the world cup but has however won one UEFA European championship and one UEFA Nations league with Portugal. There is however one player who was at the level of these two players if not better and won everything there was to win. Ronaldo de Assis Moreira better known as Ronaldinho was breathtaking to watch with his out of this world skills. He left opponents embarrassed and the fans wowed.

Former Barcelona manager Frank Rijkaard had this to say about him, "He transmits a lot of joy and pleasure playing the game, and he has individual skills that are of such a high level that everybody in the world adores him." 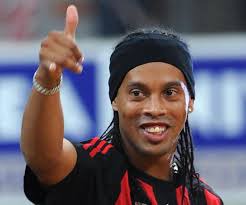 The ever smiling attacking midfielder who also played as a winger and forward displayed his unmatched talent playing for clubs in four different countries; Brazil, Spain, France and Italy. Besides winning what Christiano and Messi won at club football, he won the 2002 FIFA world cup with Brazil, the 2005 FIFA confederations cup and the Copa America in 1999.

The Player who is idolised by the likes of Messi among others caught the media's attention at the age of 13 while playing for a youth team. He scored all the 23 goals as his side thrashed their opponents 23-0.

Messi could be witty, CR7 has pace, both can score goals but Ronaldinho had magic. He made football fun to watch. Dont forget the fact that he played against real football legends, the likes of Beckham, Zidane, Figo and Raul among others. Try searching football skills or top dribblers and see who pops up. Add that to the fact that he won everything there was to win and you'll know who the real GOAT is.

Content created and supplied by: Prester (via Opera News )