Early Pl Result: No Team Has Managed to Keep a Perfect Record Past Gameweek Four for This Season

Premier league live action is back to the screens and we are already in game week four. The campaign started at a high notch and it is showing no signs of slowing down anytime soon.

Before this game week began, only one team was boosting of having a perfect record after collecting nine out of nine points. Tottenham started the campaign well despite the club missing out on their main striker and captain Harry Kane. Son really stepped up to fill in his shoes. 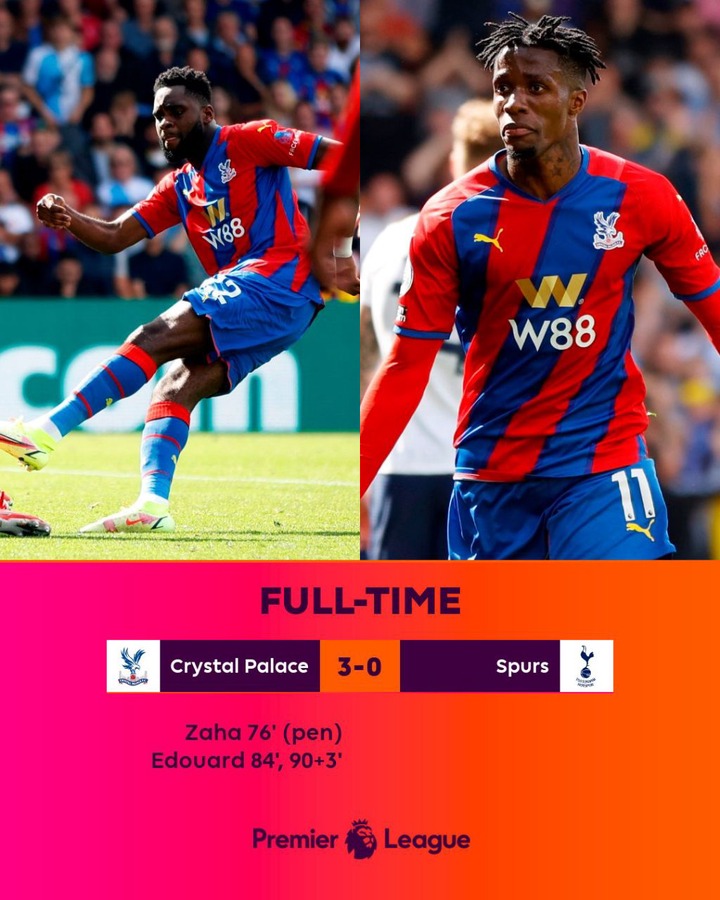 Today Tottenham’s game was the early kick off game. They were away to Palace and well, they tasted first defeat of the campaign. Japhet Tanganga was shown a red card after 58 minutes and 10 men Tottenham failed to resist Palace attacks. Odsonne Edouard netted two times to make his debut a special one and Zaha perfect spot kick made it three for Crystal Palace. Six teams are however yet to taste defeat but a draw means that they have already lost two points.