In what was a dramatic weekend in the premier league, Alan Shearer has made the team of the week consisted of the best performers of the weekend. This was the matchweek with the highest goals scored at 40.

As many would have expected Chelsea and Liverpool players take the lion's share of the team after having a perfect display in the weekend. The two teams only combined scored a total of twelve goals.

The goalkeeper is Westham's Fabianski whose great display ensured his side beat Tottenham Hotspur 1-0 to take all the points.

In the defense, we have Chelsea's Recce James on the right back. He had a good game against Norwich scoring a beautiful chip. Liverpool's Konate whose side humiliated Manchester United 5-0 on Sunday is in the central defense partnering with Westham's Kurt Zouma who is settling well after switching from Chelsea. Ben Chillwell from Chelsea who also had a goal in their 7-0 clobbering of Norwich is the left back.

In the midfield, we have three great players. Liverpool's Naby Keita who scored the first goal for his side on Sunday at Old Trafford is the first one. Keita is sharing the midfield with Chelsea duo Mason Mount who bagged an hat rick and Mateo Kovacic.

The forwards are made of Mohamed Salah whose fine formed continued during the weekend scoring three goals against Manchester United. Watford's Joshua King is also making the team after his outstanding performance helped his team humiliate Everton 5-2.The last one in the team is Manchester City star Phil Foden who had a goal in their 4-1 win over Brighton on Saturday. 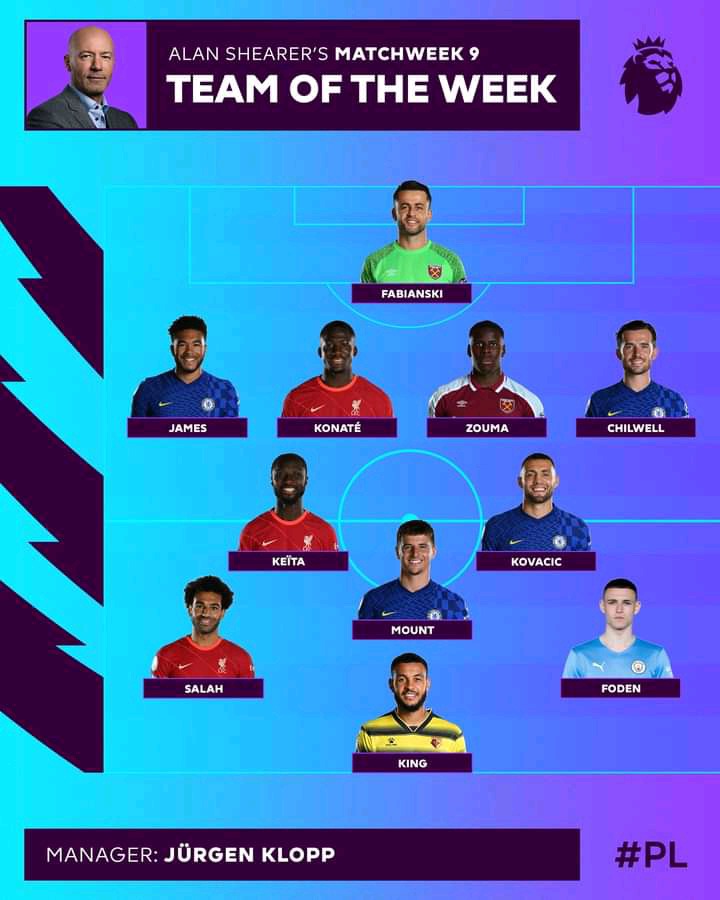 After the weekend results, Chelsea I still setting the pace at the top having collected 22 points. Liverpool are second with 21 points. Below is the full latest premier league table. 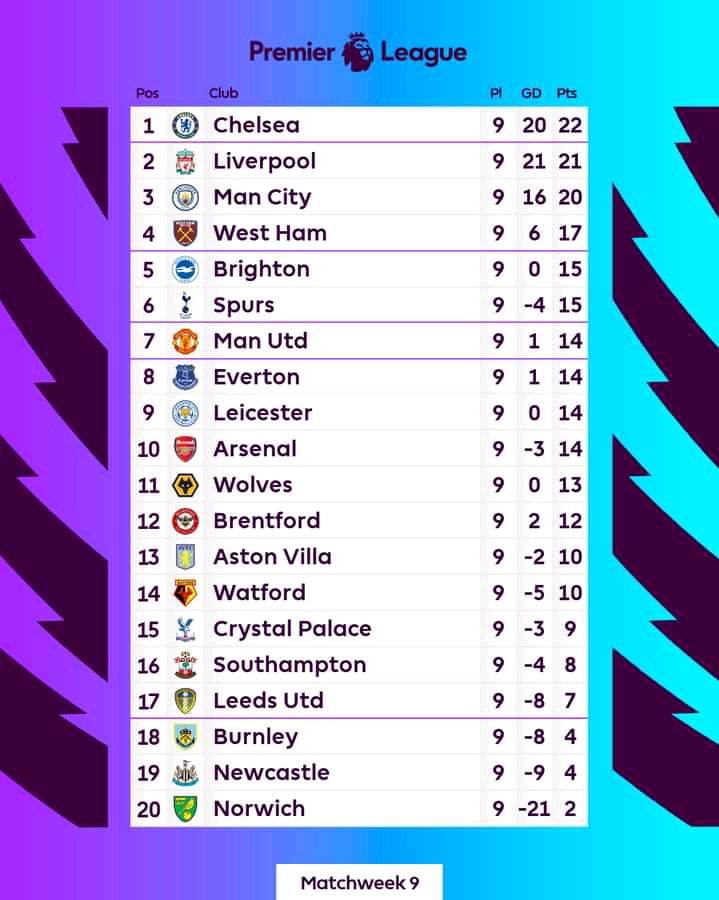