By Kelusiola (self media writer) | 7 months ago 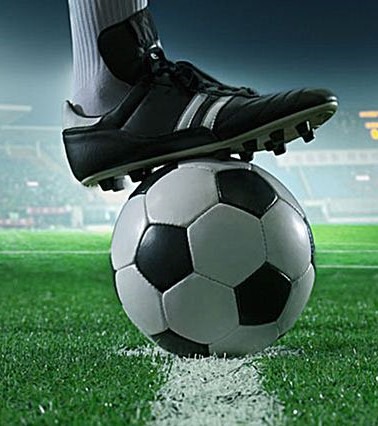 This will be a deciding game for both teams who have one point each, a draw means all of them do not move to the next level, while a win for any of them and proceed to the next level will depend on the results between England and Czech Republic (4 points each) and goal differences too. Therefore, any team in tomorrow’s game has the possibility of miraculously proceeding to the next level. Croatia’s performance has been very disappointing considering that they reached the 2018 World Cup Finals in Russia where they lost to France (2.1). They don’t have a win in the Euro 2020 campaign and so is the case with Scotland. These are two teams with almost equal muscle. Fans will be expecting a heated contest. I predict Scotland to win (2).

We go to Japan’s top flight league J, where Kashiwa Reysol (18th) with 14 points will be taking on Urawa Reds (9th) with 28 points in 18 games each. Kashiwa Reysol will be working hard to secure a win at home in the league since a long time while Urawa Reds will eager to get a point in this game after being beaten at home recently. According to SofaScore Predictions Urawa Reds are a stable team, winning most games. I predict a win for Urawa Reds (2).

Still in Japan top flight league J, Tokushima (14th) will be taking on FC Tokyo(11th). According to SofaScore Predictions, Tokushima struggles between draws and losses same to FC Tokyo. Both teams won their recent games. This game is expected to be very difficult for both sides. I predict a draw (X)

Still in Japan top flight league J, Vegalta Sendai (17th) will be taking on Shimizu Pulse (18th) with 15 points each. This game is expected to be a sensational one with fewer than 3 goals. The question is, will this tie be broken along points? Vegalta have no win at home in three recent matches while Shimizu lost three of their away games. I predict a draw (X).

According to SofaScore Predictions, Ilves are in the 7th position with 10 points in 8 games while Inter Turku are in the 2nd position with 21 points in 9 games in Finish Veikkausliiga. Ilves are currently poor in form losing three consecutive away games, but winning 2 home games before this performance. Inter Turku is relatively good, however it lost 1.0 on the road recently. I predict a draw (X).

This game is expected to be a heated contest between the 1st and last (4th) Group F members. For Poland a loss or draw in this game will mean that the don’t proceed to the next level of Euro 2020 campaigns. Sweden on the other side wishes to get three points out of this game and get its direct ticket into the next round. More than 2 goals are expected in this game and also Both Teams To score option is very possible. I predict a draw (X)

The Euro 2020 campaigns this time round is very complicated. Teams are not performing according to fan’s expectations and Portugal is not an exception of this disappointment. The past game against Germany, where Portugal lost 4.2 really dwindled the expectations of the defending champions. According to SofaScore Predictions, Portugal is in 3rd position with same points (3) as Germany, therefore must win this game to proceed to the next level. France on the other side is in 1st position with 4 points, therefore a win in this game will give them a direct entry into the next level. I predict a win for France (2).

Looking forward to comments about the selections.

Content created and supplied by: Kelusiola (via Opera News )