By IsaacGreg (self media writer) | 3 months ago

Arsenal has destroyed, humiliated and violated Totenham after thrashing them 3-0. Totenham has really suffered at The Emirates stadium. Arsenal has been re energized, it is a new Arsenal. The Gunners have played like the prime Barcelona against Totenham Hotspurs. 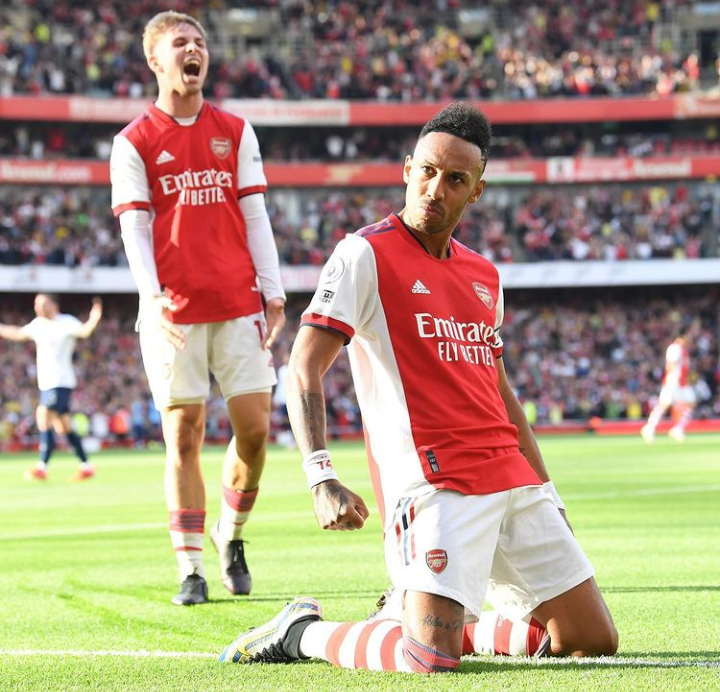 Emile Smith Rowe opened the scoring in the 12th minute to put Arsenal ahead. He received a low cross from Bukayo Saka and placed a shot close to the left bottom corner. He celebrated his goal happily with his fellow teammates. The Gunners had another counter attack in the 26th minute. Smith Rowe drived with the ball foward in the left wing and made a low cross into the penalty area. Arsenal's captain, Pierre - Emerick Aubameyang scored the 2nd goal of the game. He shot the ball into bottom right corner while Totenham's goalkeeper was helpless. Totenham Hotspurs players were hopeless as they were 2-0 down in the 26th minute of 1st half. 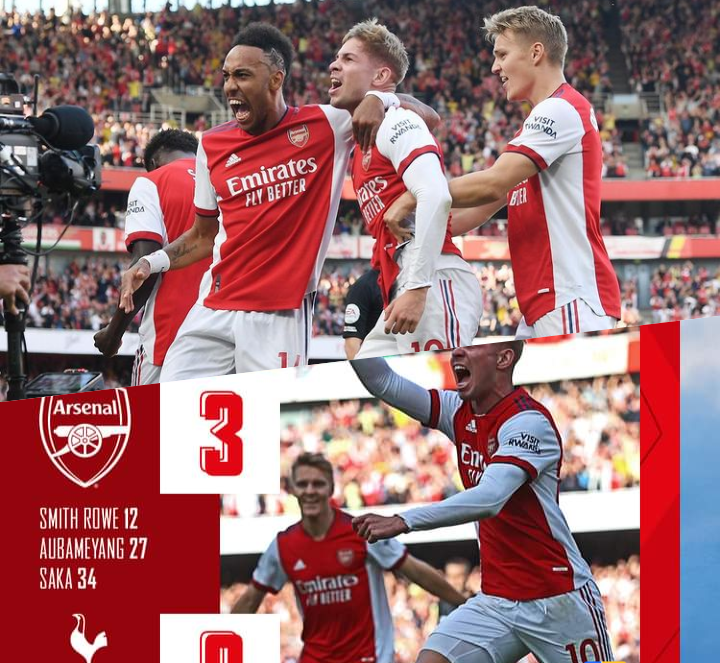 In the 33rd minute, Xhaka made a beautiful through pass to Bukayo Saka who was making a run in the right wing. It was another perfectly calculated counter attack from The Gunners. Saka dribbled foward until he entered Totenham's penalty box. He managed to take on two defenders and scored a beautiful goal. Arsenal was on fire at The Emirates stadium. Mikel Arteta was the happiest coach. The first half ended 3-0 in favour of Arsenal. 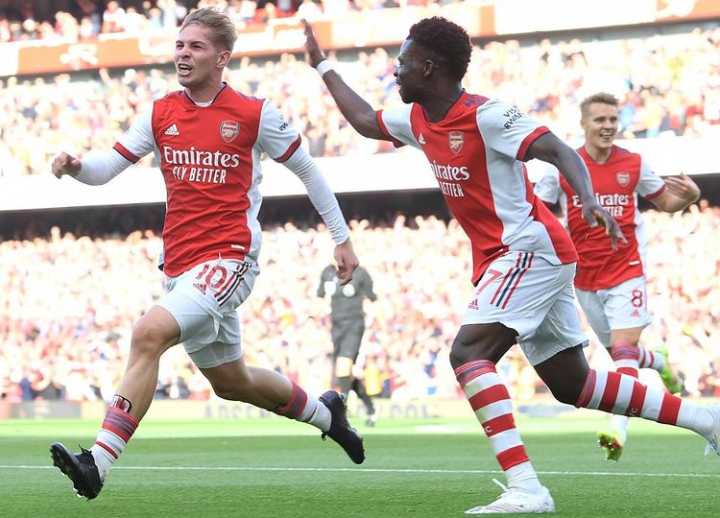 Totenham Hotspurs started the second half strongly and organised. This is after their coach made some 2 tactical substitutions during halftime. Heung-Min Son scored Totenham's only goal of the match in the 79th minute. The final results was Arsenal 3Totenham Hotspurs 1. 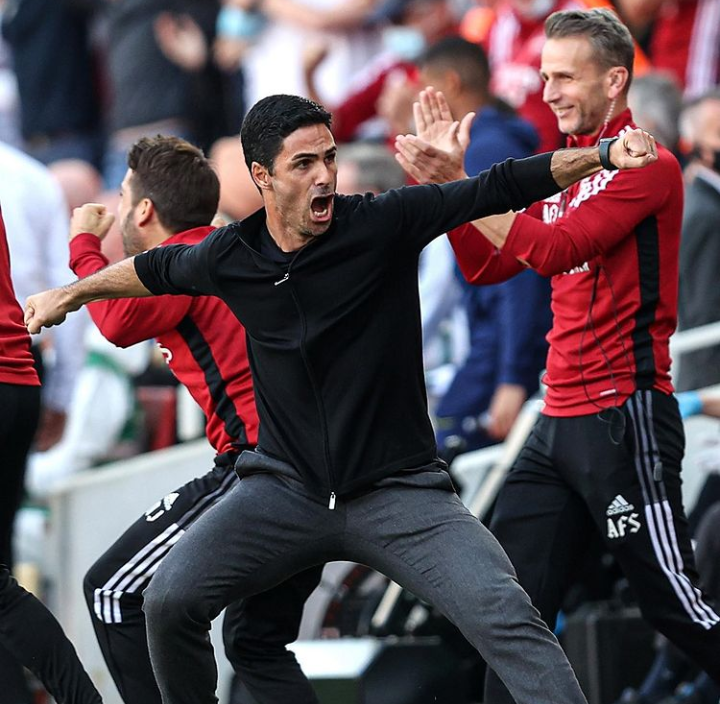 Do you think Arsenal are one of the Favourites to Win The English Premier League title this season? Share your thoughts in the comments section. Like and share this article with fellow football fans as you follow the account for more daily updates and trending news in the world of football.