Sunday's Matches You Can Bank On

By VkCENTER (self media writer) | 3 months ago 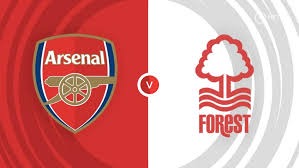