Real Madrid Targets the highly Rated Defender who is also linked for a move to Stamford Bridge.

By steven (self media writer) | 3 months ago

Real Madrid are targeting Joules Kounde who is also linked to Chelsea this summer and the Villarreal defender Pau Torres as replacement for Raphael Varane, according to Spanish Outlet As. 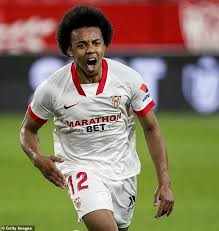 The 22-year-old Sevilla FC defender Kounde impressed in his campaigns in LaLiga last season. This has led to interests for the player from the top clubs in Europe.

Sources told ESPN in July that Chelsea and Sevilla have agreed terms of the player joining the West London sides this summer. Sources added that the player would move for a fee of €70m to €10m less than the Kounde's buyout clause.

Sources reports to ESPN that Chelsea are considering including Kurt Zuma in the deal to lower the transfer fee, however Chelsea are yet to set the price for the player. 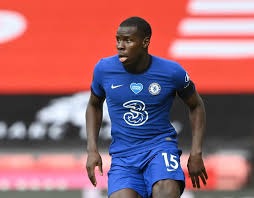 Real Madrid are also targeting, Pau Torres, 24, who has also impressed for both Villarreal and Spain. He is said to have a release clause of €65m if he is to leave his boyhood club Villarreal. The player who played a big role for their Europa League campings under Unai last season, was also reported to be eyed by Manchester United before they signed Varane. 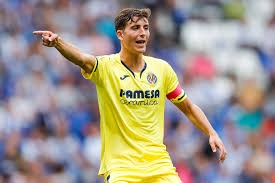 Following the departure of Sergio Ramos to PSG who is undoubtedly one of the best defenders in the world, Real Madrid's defence seemed to be in bad condition. Moreover, the exit of Varane to Manchester United for £43m has even pushed Real Madrid further for signing of a new defender to the club.

Content created and supplied by: steven (via Opera News )