By Mwauranjihia (self meida writer) | 1 months

Christiano Ronaldo is an professional Portuguese footballer who plays for club Juventus in Serie A and the Portuguese national team. We all know the fact that Ronaldo has no tattoos, he doesn't smoke and he has a strong stance against alcohol. This is his reason for not taking alcohol. CR7 doesn't take alcohol because of the death of his father José and this is the biggest pain in his life. In an interview with Piers Morgan, Ronaldo broke down in tears. "I don't know my father 100%"."He was a drunk person. I never spoke with him like a normal conversation, it was hard". 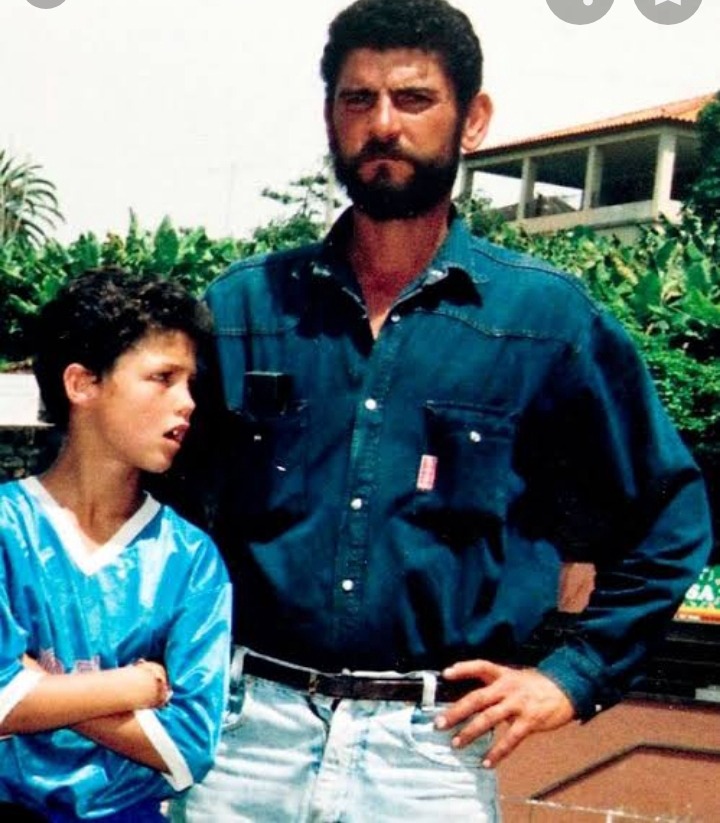 José Dinis Aveiro died in 2005 at 51 years old. It was a result of alcohol and malnourishment. He lost his fight against drinking, and his liver gave out.CR7's biggest regret is his dad missing his best years." To be number one he doesn't see anything...He doesn't see me receiving rewards, he doesn't see what I became".CR7 was only starting to shine at Manchester united by then. His father didn't see him lift any of his 5 champions league, didn't see him win the Ballon d'Or because there was a reason behind this father's tragic life.

His father was a Portuguese soldier in the Angolan war. Jose manual a friend and a veteran as well tell the tale." The water was pulled into the river by a reservoir, but it wasn't treated. We didn't drink it . We drunk beer instead"."We were told the water could cause problems, it was used for cooking, laundry and showers".When the war was over there were no jobs in Portugal for him." We were abandoned. The war veterans didn't have any money and no work"."His friends would not buy him drinks. He didn't have money and he didn't eat properly".

CR7's dad worked the old jobs when he could. Becoming the kitten at his football team Andorinha, CR7 was taunted for the poor job his dad held at the club.José would spend most of the day drinking at the bar.CR7's father wasted his life on alcohol but he always knew his son was destined for greatness. Jose wasn't inspiration in life, but his death was.CR7 took a look in that mirror and went the opposite way. This is the reason why he doesn't take alcohol

Content created and supplied by: Mwauranjihia (via Opera News )