This Wednesday, the final of the UEFA Europa Conference League will be played between AS Roma and Feyenoord. Both teams want to be the first winner of the competition. So, we are focusing on England's Tammy Abraham and Nigeria's Cyriel Dessers, who are both international players and will be competing for the golden boot award on that day. 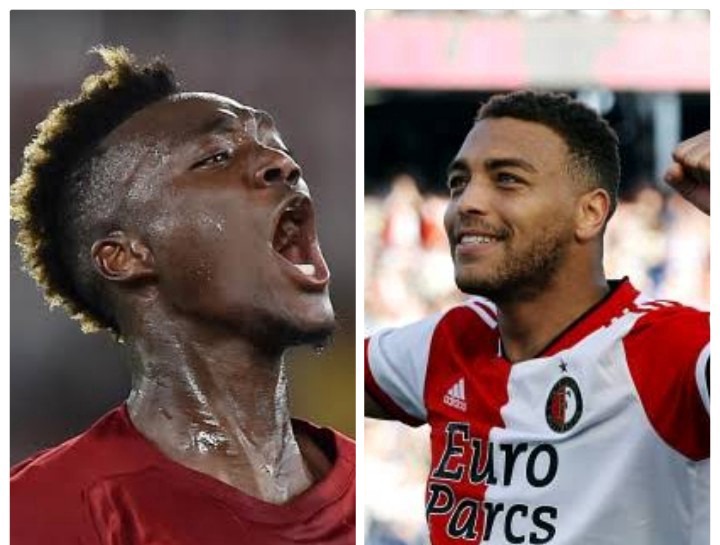 The Nigerian international will be counted on to score the goals that could win the game for Feyenoord, as he is the competition's top scorer with 10 goals in 12 games.

Four of those goals came in the group stage against Union Berlin, Slavia Prague, and Maccabi Haifa. The other six goals came in the knockout rounds, including the two he scored against Marseille in the first leg of the semi-final, which shows that he is more than capable of adding to his total in the final.

He has only played for the Super Eagles once. Whether or not he wins the golden boot, the new head coach Jose Peseiro will definitely think about putting him on the national team during the next international break.

The striker for AS Roma has gotten much better at scoring goals since he left Chelsea last summer. He is currently second in the competition's goal scorers table, one goal behind Cyriel Dessers, with 9 goals in 13 games.

So, all he has to do to win the golden boot award is score more goals than the Nigerian international in the final. In the group stage, he scored six goals, and in the knockout rounds, he scored three. Based on how he is playing right now, he should keep his spot on the England national team, which he joined in March.