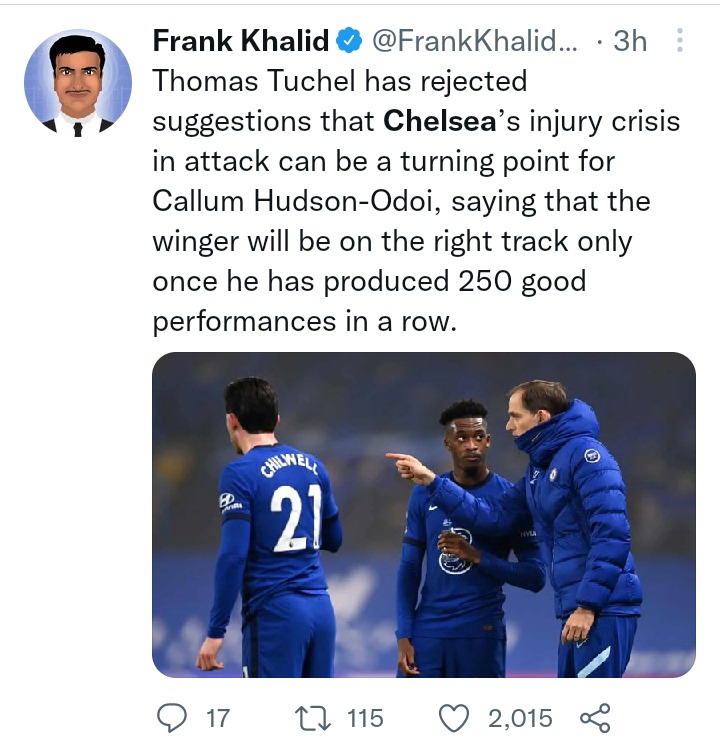 Thomas Tuchel has landed a significant blow to Chelsea's hopeful fans after he declared that Calum Hudson Odoi’s involvement in subsequent fixtures for the Blues is not assured despite the temporary injuries to Romelu Lukaku and Timo Werner. Tuchel upheld that for Odoi to have a spot saved for him in the first eleven, he needs to show that he is willing to work under pressure and offer 100% in matches consistently.

“I will not confirm nor deny that Odoi will now be a regular first eleven member. It is up to him to prove himself on the training and the pitch. All I am asking for is consistency, patience, and commitment. He has the potential, and I believe he will live up to what I am asking of him.”

Things seem to be shaky around Antonio Rudiger’s contract situation and fans are getting worried that the German defender might snub Chelsea for another European giant, most notably Bayern Munich. Marina Granovskaia is overseeing the negotiations but nothing positive is coming out of it as Chelsea are unwilling to commit to some of the player’s demands. It is very frustrating at the moment for the fans because, in the past 8 months, Rudiger has proven to be a fundamental part of the Chelsea squad, and losing him to a rival club would be a major downgrade. 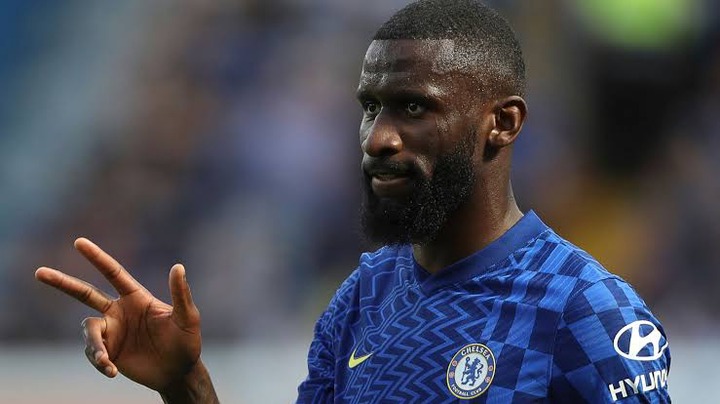 Tethering him at the club is nonetheless probable considering that he is very happy under the Thomas Tuchel management. Ample playing time and countless privileges in the club have proved effective in seducing the player to hear our Chelsea’s terms for a new contract, but for how long will “bribing” Rudiger last? 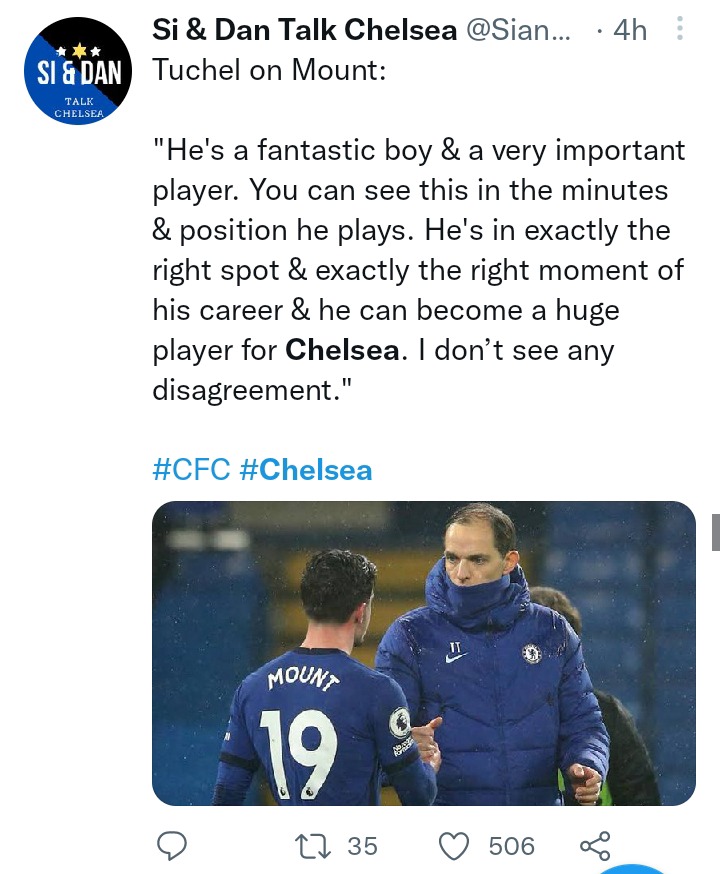 Thomas Tuchel has said that Mason Mount’s contribution to Chelsea even before his era is commendable and he hopes that the young player will maintain the same tempo in the coming years. He added that Mount has overcome a lot of hurdles both on and off the pitch and that has visibly toughened him up if his recent milestones are anything to go by. In the future, Tuchel hopes that Mount achieves the legend status at Chelsea because from what he is seeing from the young attacker, he is not far from inscribing his name in Chelsea’s history books.