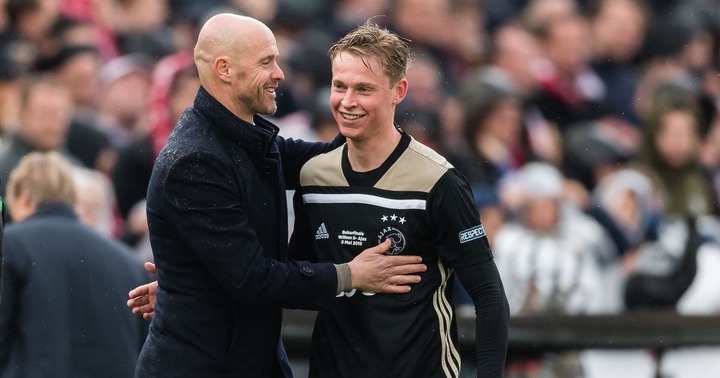 The Mirror sport claims that Manchester United are closing in on the signing of midfielder Frenkie de Jong after an initial transfer fee was agreed with Barcelona and the player is now open to joining United in a significant development in Erik ten Hag's pursuit of the midfielder.

But according to reports, the pursuit of Frenkie de Jong has hit the stumbling block after Barcelona have declared that he is now no longer for sale despite agreeing a deal in principle.

The Telegraph is reporting that Manchester United's pursuit of Frenkie de Jong has been further hampered due to Barcelona owing the player money.

As reportedly by Daily Telegraph, Frenkie de Jong's possible move to Manchester United is being further complicated by £17m in deferred wage debt stemming from the early days of the Covid-19 pandemic .

The Catalanians president, Joan Laporta recently claimed that a number of clubs want Frenkie de Jong but insisted Barcelona have "no intention" of selling the Manchester United target according to the Sun