By Vinnelite (self meida writer) | 28 days

English Premier League enters its Second last game today when teams meet Tonight. Here are the top predictions you don't want to miss if you want to have money tommorow morning.

Manchester united will be hosting Fulham at old Trafford. Manchester will be looking to put to end the poor run of games having lost two games at home consecutively.

With the prospect of having fans on the stands to watch the game, united will be looking to entertain its fans and at least welcome them back in a special way.

Fulham are already out our next season's English Premier League and therefore they have nothing to fight for.

Out Prediction is that United will win convincingly by 3-0 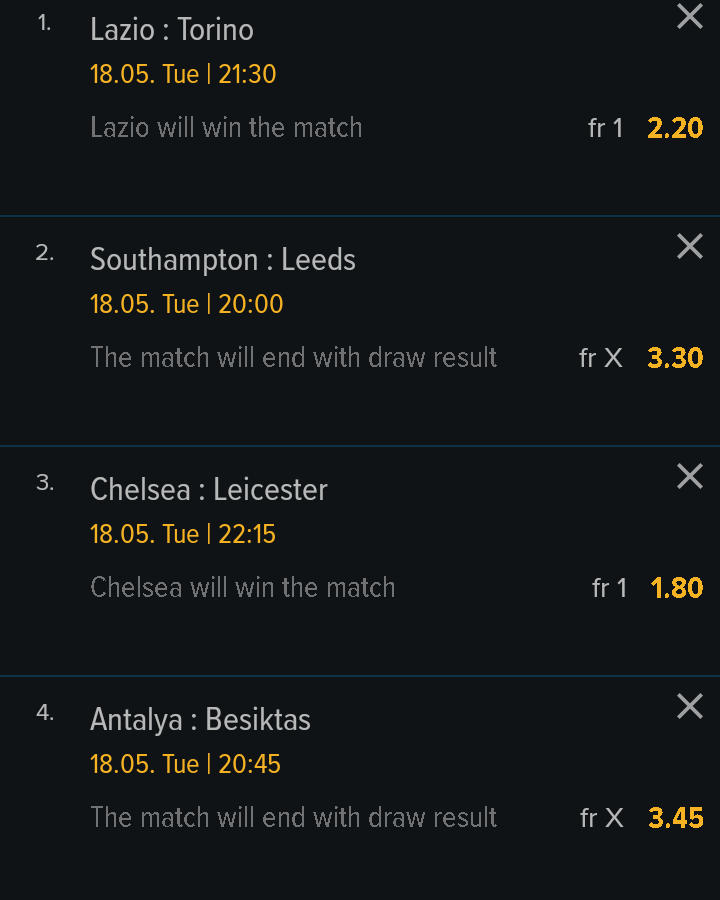 On the other English premier league game, Chelsea will be hosting Leicester city. The blues will be looking to get over the heartbreak of Losing FA.

Leicester om their side will looking to add more misery to Tuchel's camp. It is going to be a tough game for the two clubs, with fewer to be scored.

We are tipping Chelsea to emerge victorious with a small goal margin of 1-0.

Brighton will be hosting the Champions, Manchester City. Already Brighton have survived relegation battle, City too have won the league and their main focus currently is UEFA champions league final.

Though both teams have achieved their objectives for this season, Manchester City will be looking to stam authority as the champions. Brighton won't break city's formidable defence

Our Prediction is Manchester City are going to win this game by 2-0.

Southampton will be hosting Leeds. Leeds have been a surprise debutants in the league, beating top teams and scoring lots of goals. They held both Manchester united and Liverpool to a draw.

It is going to be a tough game and both teams have the ability to score goals. Our Prediction is they will settle for a draw of 2-2