Football has remained one of the best matches that many people like. Football has brought both differences and also established some good relations between different players and even fans. 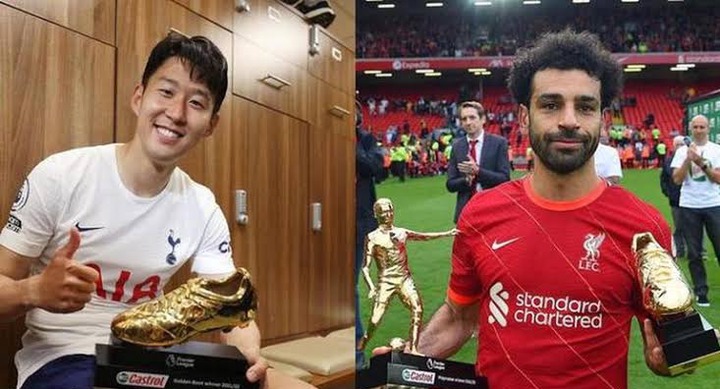 On the same, English Premier league, which is among the best football leagues, came to an end last weekend. Manchester City became the winner if the league with Liverpool taking the second position. However, there are some awards given to too scorers, that is golden boot.

This was achieved by two players, Mohammed Salah from Liverpool and Son Heung-min from Tottenham. Mohammed Salah showed his generosity to his partner Son by congratulating him through his tweet account. This attracted reactions from fans. Son was delighted and also replied to the tweet and thanked Salah too. 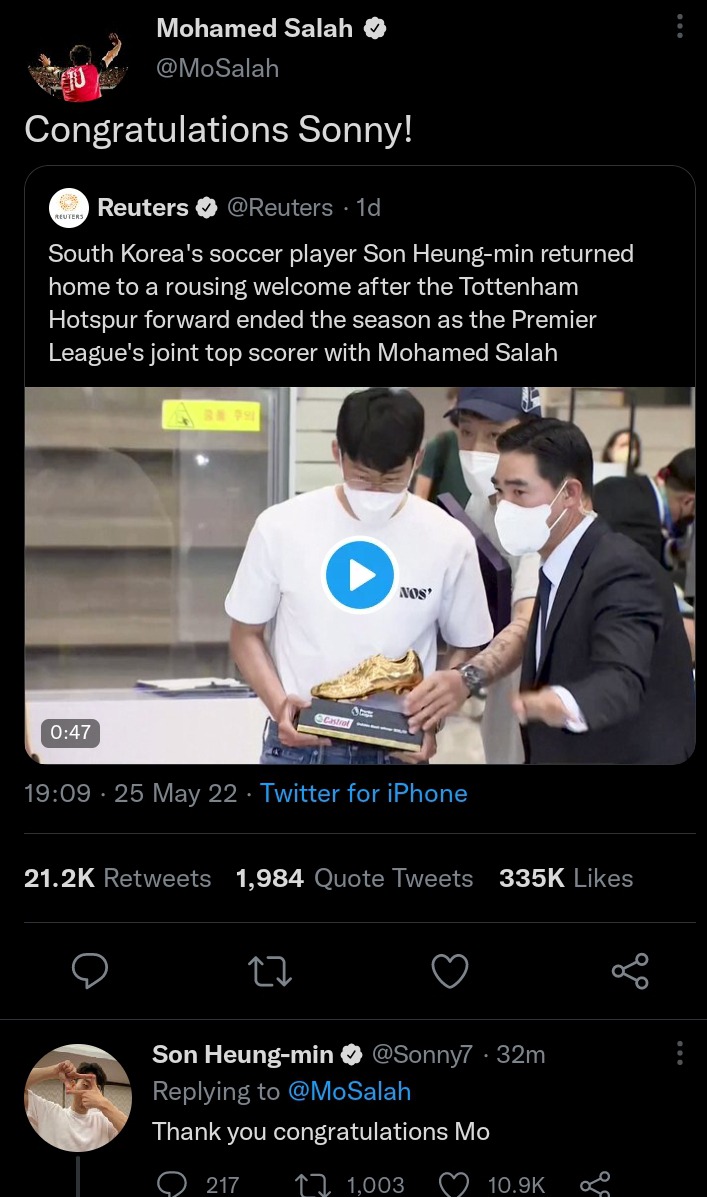 Mohammed Salah, also congratulated Tottenham’s captain, Harry Kane after he posted this,” delighted to win these awards! Not possible without the team and staff throughout the season”. Salah replied and said,” Very well deserved! Congratulations!” 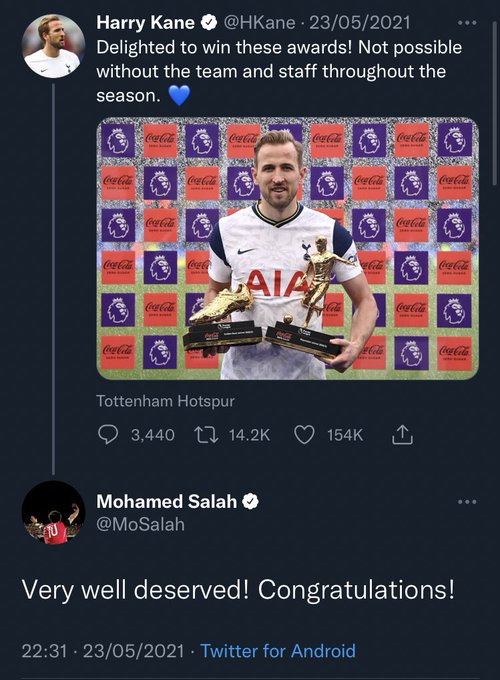 Content created and supplied by: Lodii (via Opera News )