By 5starFutbol (self meida writer) | 1 months

Zinedine zidane is a France international who played for Real Madrid and later became the Real Madrid manager who kept a record of winning trophies while at the Santiago bernabeu. He is honoured for the achievement of being able to win back-to-back champions league trophies in three consecutive seasons.

After all the achievements ,one time in the last year zidane decided that he will spend only one year in Santiago bernabeu and which could be like a check-up of whether he could be able to retain the same form that he had set in Real Madrid with the superstar players including the likes of Sergio Ramos,Marcelo and strikers like Karim benzema and vinicius Junior. 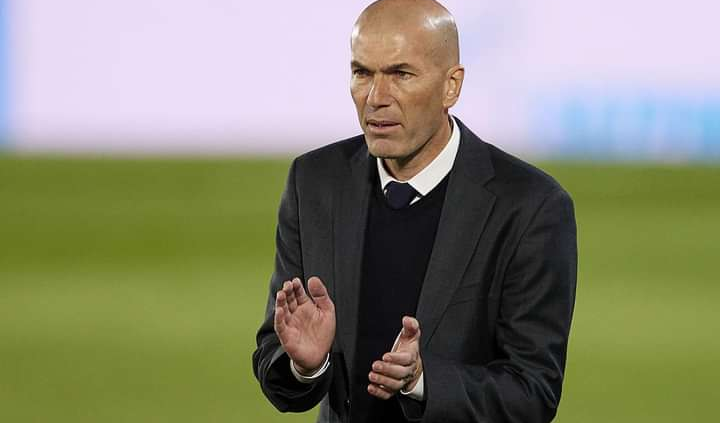 Different clubs have been linked with his move including the likes of Juventus and Chelsea before they signed Thomas Tuchel and some of other top-flight clubs across the Europe. Disclosing about the future of zinedine zidane Real Madrid president in the last few hours said that the coach was determined to be France national team coach and this could mean that the current coach Didier deschamps might see the exit door most probably after euro competitions exit. "Zinedine zidane want to become France national team coach I hope that he will achieve it". Real Madrid president florentino Perez Said.

It was at the end of the season when zinedine zidane broke up that he wanted to leave Madrid and that he resigned as the Real Madrid manager after failing to win any of the trophies in the Spanish competitions for the year that he had made a comeback to santiago bernabeu.

"A Goal Or Not A Goal?" Arsenal Denied An Equalizing Goal Against Chelsea