6 tips that will win you big today May 2nd

By Igtoo (self meida writer) | 4 days 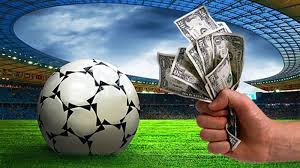 -Liverpool have seen both teams score in four of their last five matches in all competitions.

--Man U inside the top 16 has drawn more games than any team in the Premier League this season. And we have seen

Both teams scoring in three of last four home games.

Newcastle have lost only one of their last eight Premier League matches.

Sheffield United have failed to score in seven of their last nine away league matches.

Prediction : Tottenham to win To NIL

Six of Juventus last eight away trips have also generated under 2.5 goals.

The hosts have lost their last three outings at Stadio Friuli

Prediction: Juventus to win and under 2.5goals

Barca were turned over 1-2 by Granada in midweek.

Prediction : Barcelona to win or draw.

Lazio have won six of their last seven matches, the hosts have scored 10 times in their last three games. Over 2.5 goals has landed in 69% of Lazio’s home games