La liga based giants Barcelona are rebuilding under their new manager Ronald Koeman and have already started their summer plans with the signings of world's deadliest finishers imminent.

The Catalans are looking to replace Luis Suarez who is on the gasps of clinching the La liga title should his side Atletico Madrid get the better of Real Valladolid in their final match of the league.

Italian football journalist Fabrizio Romano has now confirmed that Argentine Sergio Aguero and Dutch international Memphis Depay will be competing their moves to Camp Nou in the coming days. 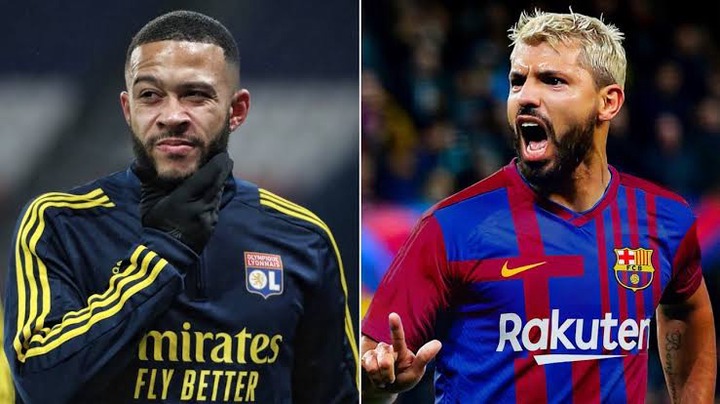 "Sergio Agüero to Barcelona, here we go! He’s set to join until June 2023, agreement reached. Bonus included in case Barça will win the UCL.Barcelona are also getting closer to sign Memphis Depay. He confirmed to his new lawyers that he wants to join Barça."Romano tweeted.

Both strikers are set to arrive as Bosman's as they have seen their final years in their respective contracts at Manchester City and Olympic Lyon come to an end.

Koeman was keen on a reunion with his compatriot Depay in the January transfer window but a move failed to materialize but the manager will finally be getting his man with the two having enjoyed a fruitful relationship with the national team.

Aguero was keen to play with his countryman Lionel Messi at club level and he will finally be granted his wish should the six times Ballon d'Or winner choose to stay in Spain amid speculations about his future.