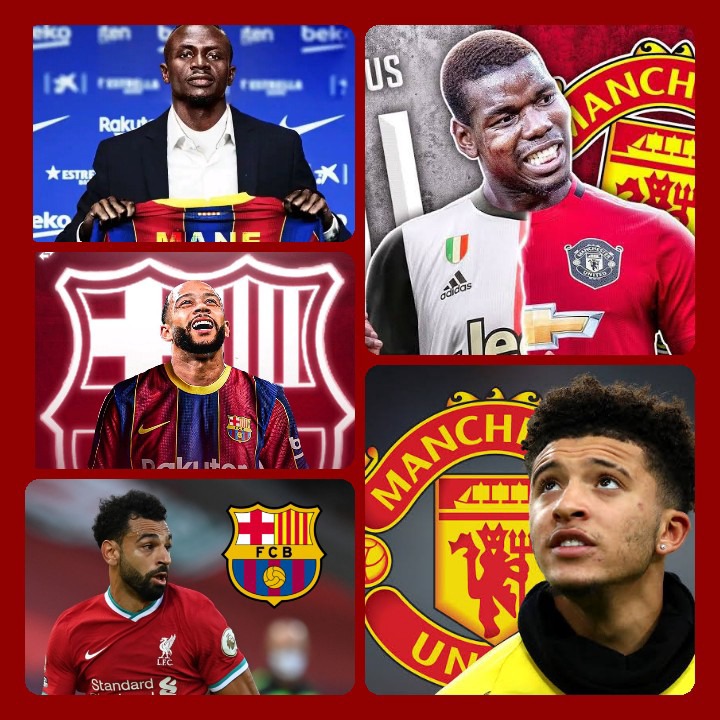 The top five leagues in Europe have already started, and this is the time where clubs will bolster their squads for the rest of the season. With less than three weeks before the transfer window closes, transfer news has been heated in the recent past. The English premier league teams have been on top of the transfer rumors.

Manchester City has confirmed that their new captain for the 2020/21 season will be Brazil lethal midfielder Fernandinho. This came after Manchester City parted ways with David Silva. This as well came as a surprise as it was expected Kevin De Bruyne would be the new skipper. 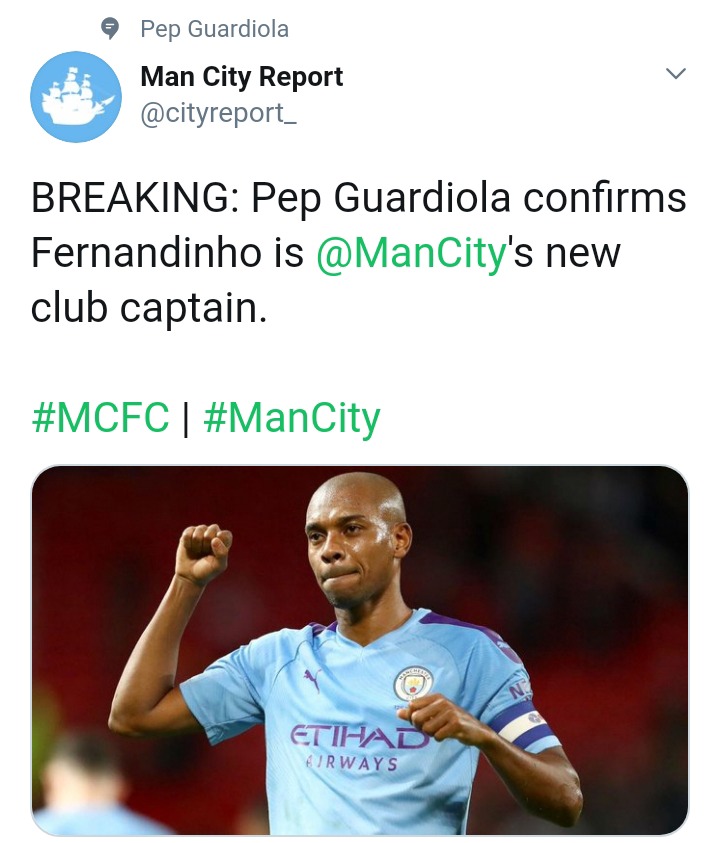 Manchester United are set to sign high rated defender from Porto Alex Telles. The player who can play as a center back or a full-back has been one of the best rated in Europe, becoming one of the top-rated defenders in Europe. United might be submitting an official bid for the 28 years old whose price tag is at £21 million. 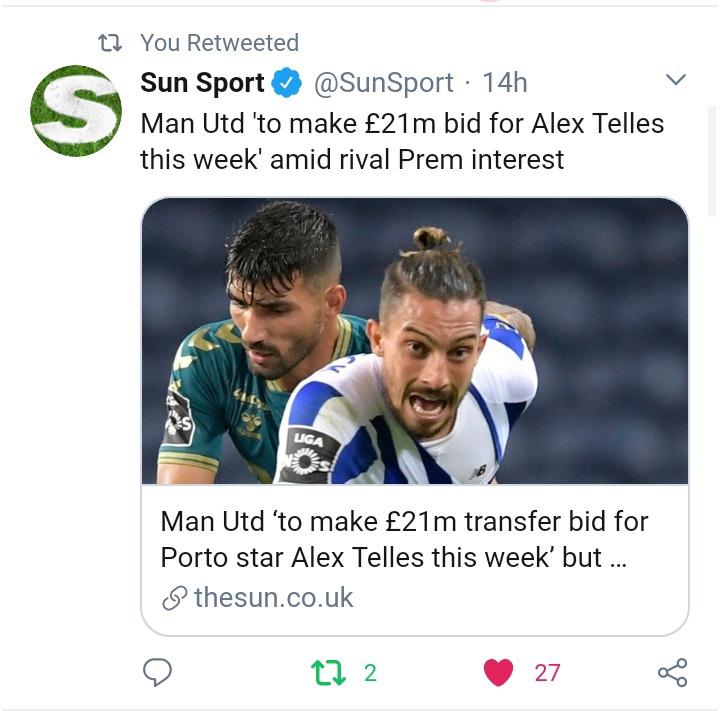 Tottenham is currently mulling over signing Manchester United wantaway striker Jesse Lingard. The move will only be actualized if Dele Alli leaves the club during the same transfer. The Tottenham and England international striker has been left out since the club signed Gareth Bale.

EPL giants Wolves have signed a five years deal with Barcelona right-back Nelson Semedo. The Portuguese international will undergo medical in England in the coming hours after the signing and agreeing in personal terms. 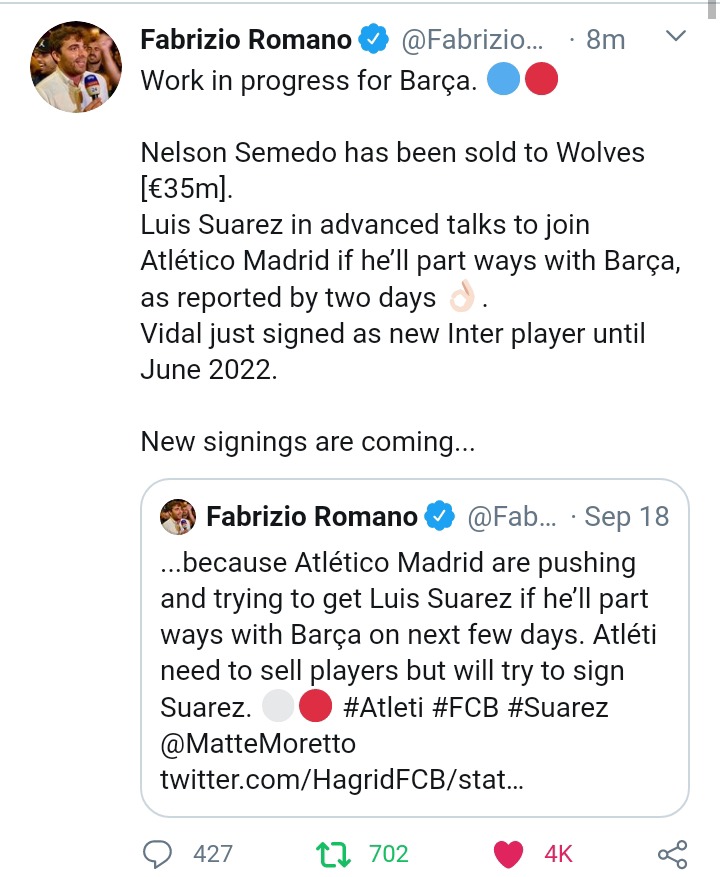 Crystal Palace is in pole position to land Liverpool talent Rhian Brewster who is reportedly on the Reds transfer list. The wonderkid is valued at 21 million Euros by Liverpool. 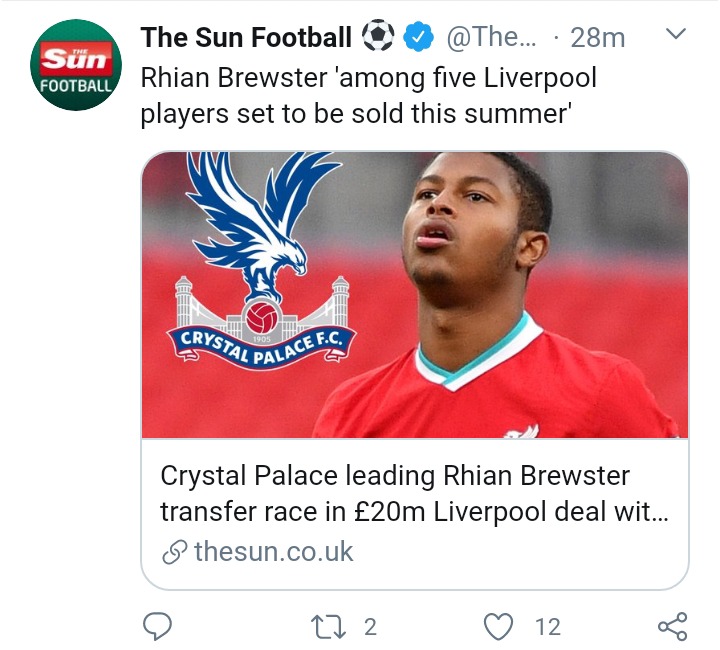 Manchester United have confirmed that German international midfielder Ilkay Gündogan has tested positive for COVID-19. The player will miss the starting of the season under quarantine. 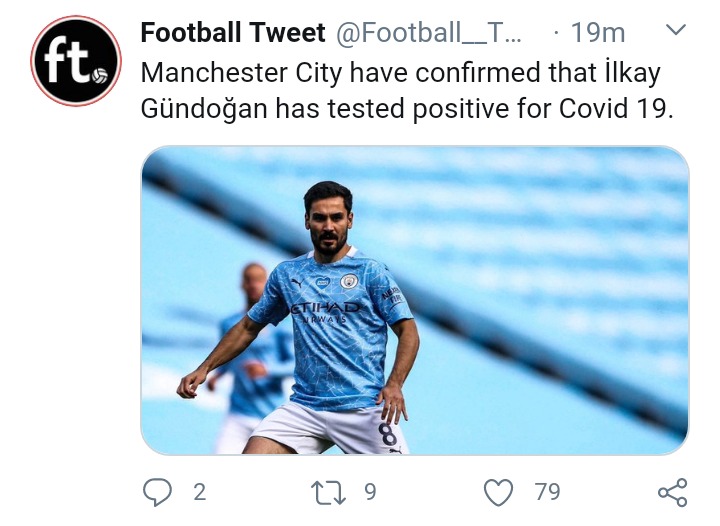 Barcelona is close to completing a deal with Ajax right-back Sergio Dest after selling Nelson Semedo to Wolves. The Ajax Amsterdam hot prospect has been in top form for the Netherlands Eredivisie side. Barcelona face competition from Bayern Munich. 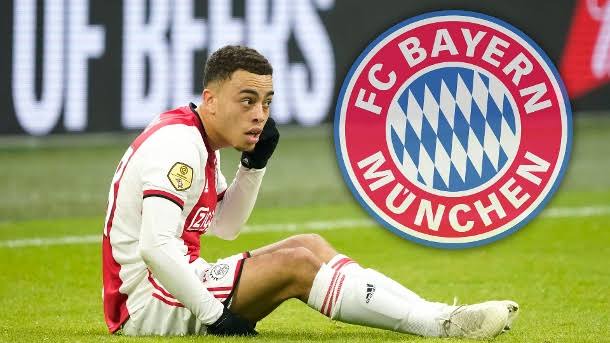 Luis Suarez's move to Juventus has been jeopardized after the player failed an Italian test. The Uruguay striker is likely to join Atletico Madrid is he leaves Barcelona. 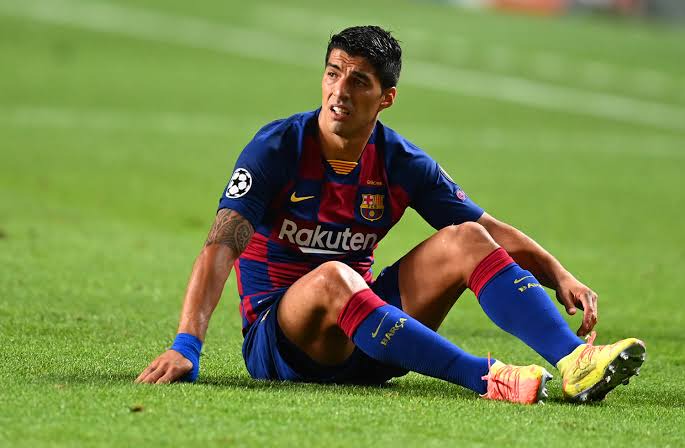