"Sign him up and leave this talk," Chelsea fans go wild on what he has done against Bayern Munich

By @Statistician (self media writer) | 9 months ago 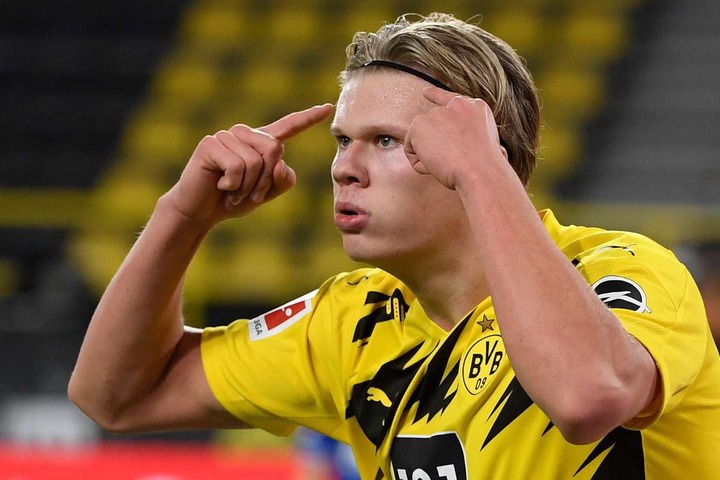 Chelsea and Tuchel are wishing to sign Eriling this summer. Even the own himself has selected the goal machine as the potential priority this coming summer. Many reports have linked the Dortmund striker with Chelsea on many occasions,prompting Chelsea to mark his as one of the top players in the transfer radar. 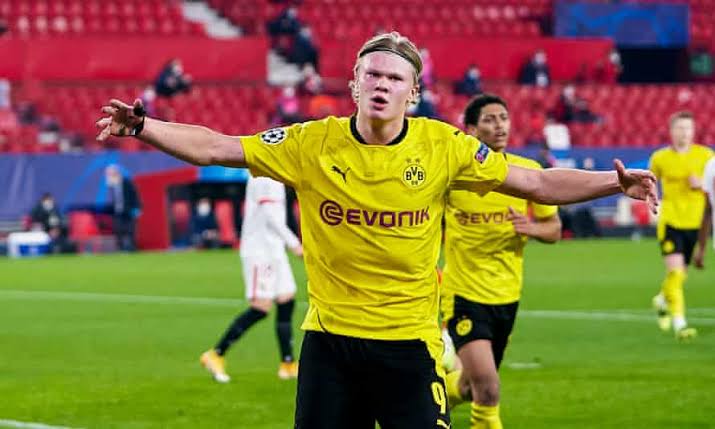 But the west London club were dealt a huge blow this week when it turned out the striker does not particularly want a move to Chelsea, preferring to join an 'absolutely top club' and not take an 'intermediate step,' according to BILD.

The above statement surely crushed many Chelsea fans as the player himself does not want their move. But that never blinded fans over what he did against Bayern Munich in yesterday's match.

Dortmund were playing against Munich at Allianz Arena and it took Erling just ten minutes to score two goals. His second goal was a brace which made Chelsea fans to go nuts.

Many fans having been requesting Abromovich to sign the Borussia Dortmund's striker at any cost.

It will likely cost more than £100million to sign Haaland this summer given he has only been at Dortmund for one season and that his £68million release clause does not come into play until next year..

Let's look at how Chelsea fans responded on Twitter. 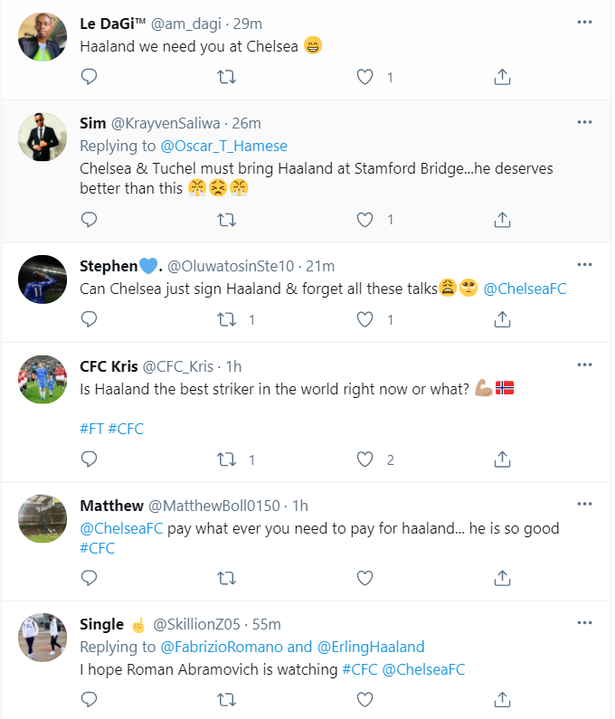 It is understood that Chelsea are far from the clubs linked with Erling Haaland's signature. The likes of Manchester United, Bayern Munich itself and Real Madrid will cause colossal uproar in the transfer market.