All Eyes Were On Lukaku At Anfield As Kai Harvertz Silenced Liverpool Fans, Reactions On Twitter

By NewSetter (self media writer) | 3 months ago

Jurgen Klopps' side Liverpool held Chelsea and they were all set to see who wins by 90 minutes. Many fans around the globe especially Manchester United fans expected Liverpool to win and were eyeing on Salah to score.

Liverpool defenders were working hard to keep off the dangerous Chelsea attacker, Romeu Lukaku who can score from any side of the box when given a chance. The tempo of the game was changed as Chelsea fans were roaring Anfield Stadium towards the second half. 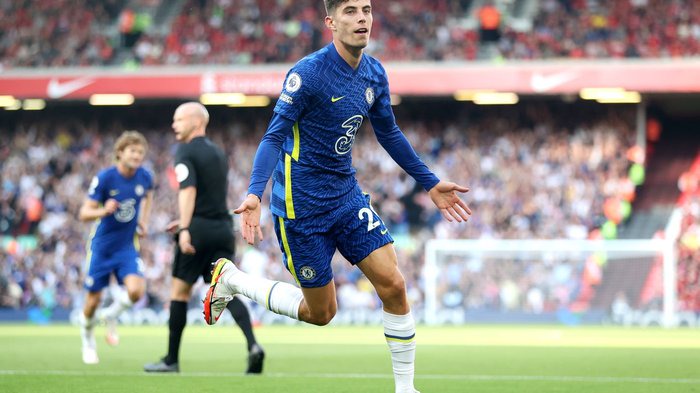 Kai Harvertz, the German national football player who netted the ball past Manchester City's goalkeeper Ederson during the UEFA Champions League Cup final making Chelsea victorious, did it again in their 3rd English Premier League goal scoring a header being assisted by James Reece. This goal brought reactions on twitter as some famous popular people tweeted 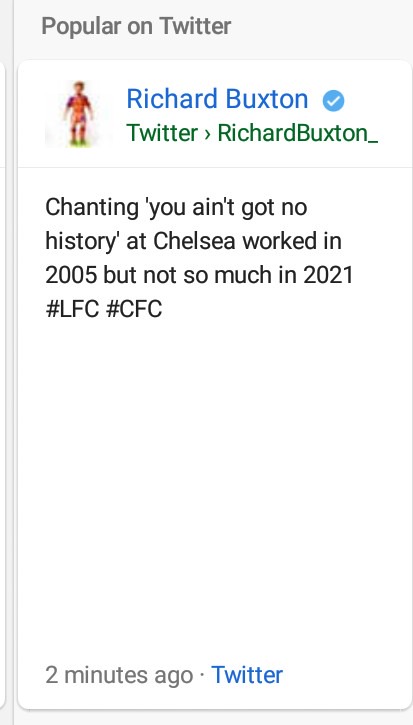 "Been another great win for Fullham today and amazing what Silva has done in such a short time. But watching Liverpool-Chelsea and watching Harvey Elliot's touch, awareness, skill ...what could have been," Richard Kaufman. 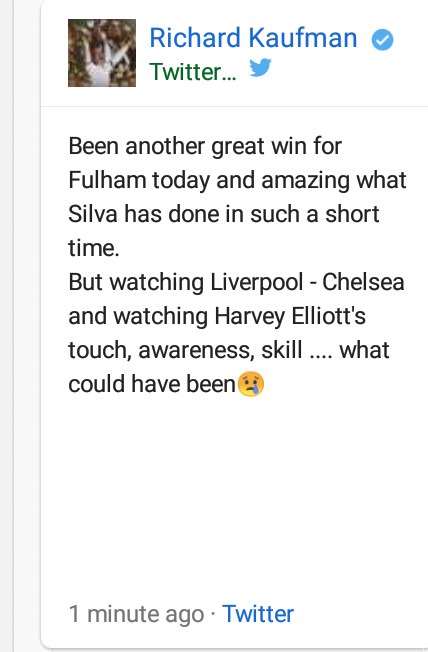 Christian Atsu has tweeted and said that the kind of intensity and counter that the two teams are playing is insane. 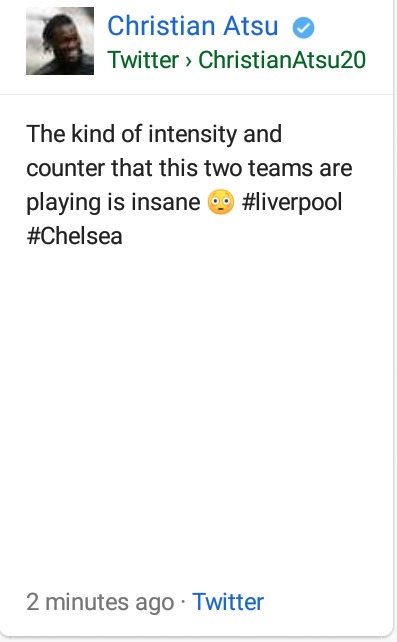 Salah that later equalised after James Reece was sent off from the Chelsea squad, still Chelsea held the match to a draw in full-time.