Ancelotti reveals the toughest premier league side he faced this season

The Los Blancos were once again the European champions when they won 1-0 against Liverpool at Stade de France in Paris but they had a tough journey to the final. 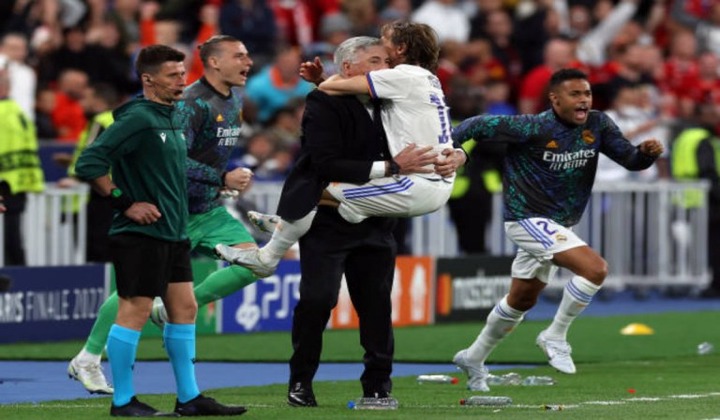 Real Madrid had to beat a number of European big names before playing Liverpool in the final in Paris.

Real Madrid faced PSG in the second round, they went on to face Chelsea in the quarter final and Man City in the semi final before playing Liverpool in the main event in club football.

The Los Blancos edged past Chelsea in the quarter final and the blues were quite unfortunate to have lost the tie even after going 3-0 up at the Bernabeu.

Carlo Ancelotti has admitted that playing Chelsea was even more difficult than playing Liverpool in the final.

The Los Blancos boss slammed people who said Chelsea,PSG and Man city were unlucky and thought that his Real Madrid side were the underdogs in the Champions league final.

He believes Liverpool were easier to understand because they had a clear identity and they could prepare the way they did and were aware that Liverpool should not be given space behind the defense to run into.