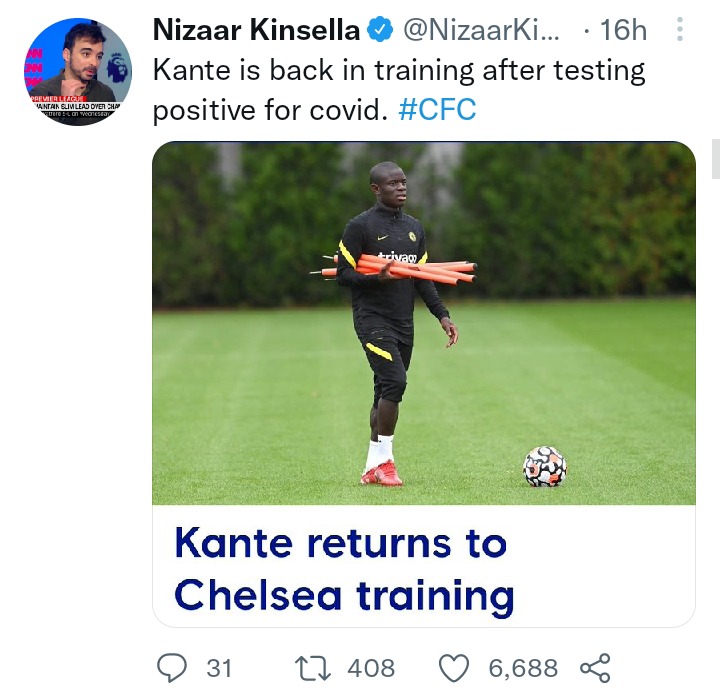 Chelsea have announced that anchorman- Ngolo Kante is fit to play after testing positive for Covid-19 about a week ago. His positive test ruled him out of the United Nations League and a couple of Chelsea matches. Thomas Tuchel has said that Kante’s return will be a major boost for the Blues in the Premier League campaign. 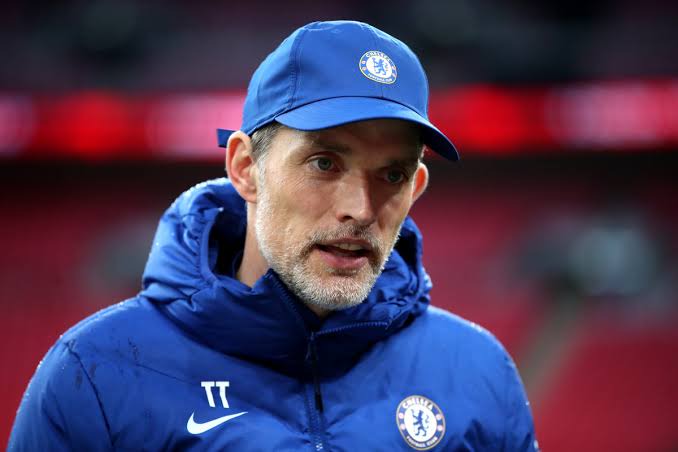 Thomas Tuchel said,” Kante’s return means one more option at midfield. I am relieved that his recovery did not take long as I had expected. We have very important games coming up in the next few weeks and maintaining full fitness for the players will be very hard. Therefore, Kante’s return means a lot to me and the technical staff.”

Mason Mount has set a new record at Chelsea after becoming the first Chelsea Academy player to be nominated for the Ballon d’Or. The 21-year-old had an exemplary campaign last season as he was one of the main contributors to Chelsea’s success last season. Chelsea fans have agreed that Mount’s contribution should be awarded an untouchable title to his name in the transfer list. 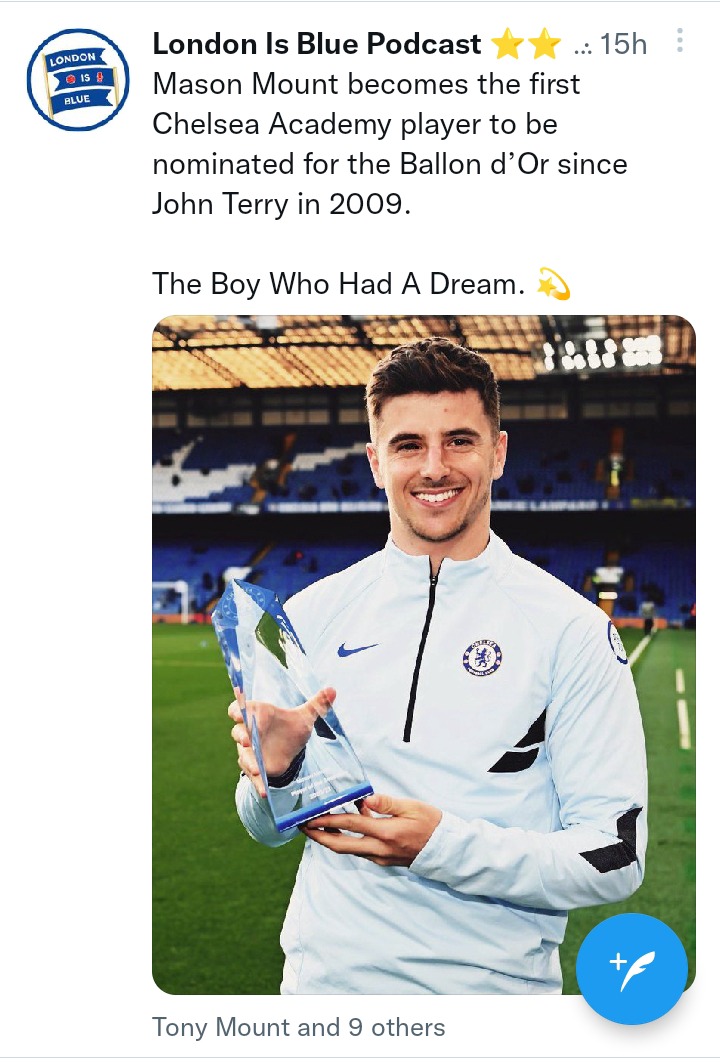 Last summer, Atletico Madrid and Borussia Dortmund had shown interest in signing the young attacker, but Chelsea’s football director Marina Granovskaia blocked the transfer request. Mount still has two years with the Blues and every necessary measure to ensure that he stays at the club will be taken no matter the cost.

Italian serial winner Antonio Conte has disclosed his desire to return to the English Premier League amid rumors linking him to a potential managerial job at Newcastle United. The 48-year-old resigned as Inter Milan's head coach last year after winning the Scudetto as he claimed that the board lacked faith in him. At Newcastle, Conte has an open opportunity to prove to the World that he can win anything, even with a shorthanded squad.