In what was thought to be a massive derby featuring Manchester City and Manchester United, several fans feel displeased by Erik Tag's decision to leave out Cristiano Ronaldo in the dug out. Falling down to 4 goals unresponsive in the first half and then United would pull back three later to produce a 6-3 result was really disappointing for United whole fraternity. You could see the frustration from the Portuguese as he warmed the bench and not even substituted for the first time at the United camp. Perhaps everyone was of the thought that this was the best opportunity to start a person of his figure and stature. His presence causes discomfort to every other defensive force. His talent, abilities and contribution oughta to have not been downgraded by Red devil's manager. 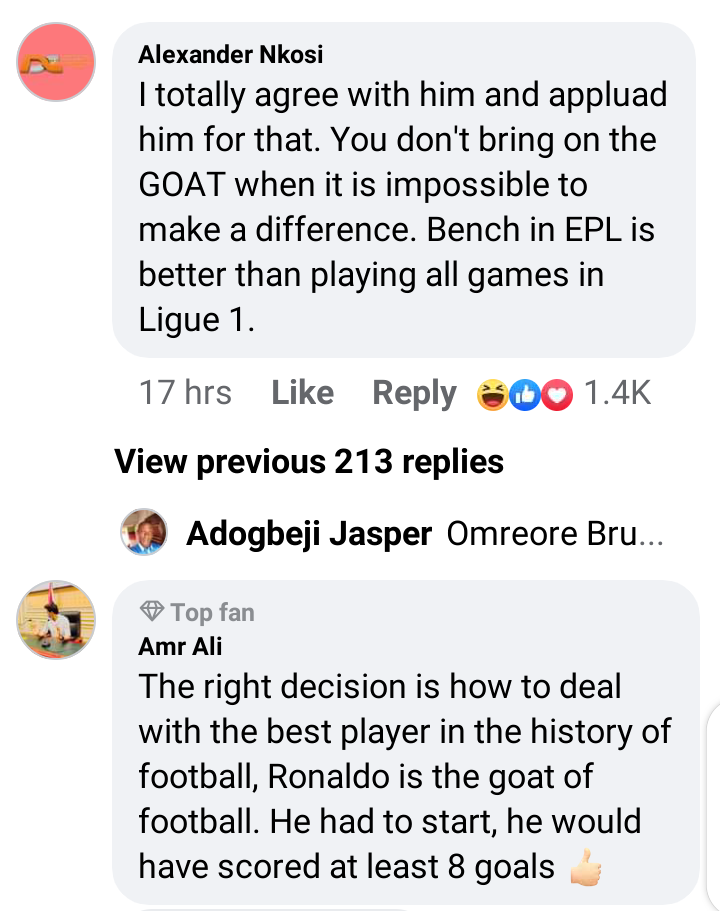 Some strongly feel that it amounts to disrespect on how Ten Haag managed Ronaldo in that instance with one Ali confident that he would have found the back of the net severally. In regard to the decision on failing to bring him as a substitute, Alexander is of the take that that was the right move in that instance as you don't bring Ronaldo when a team is four goals down then to him its kind of humiliation.

Here are other reactions to Ronaldo's case. 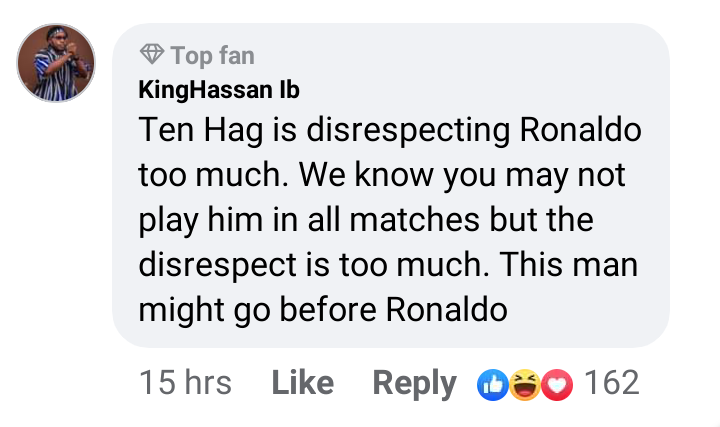 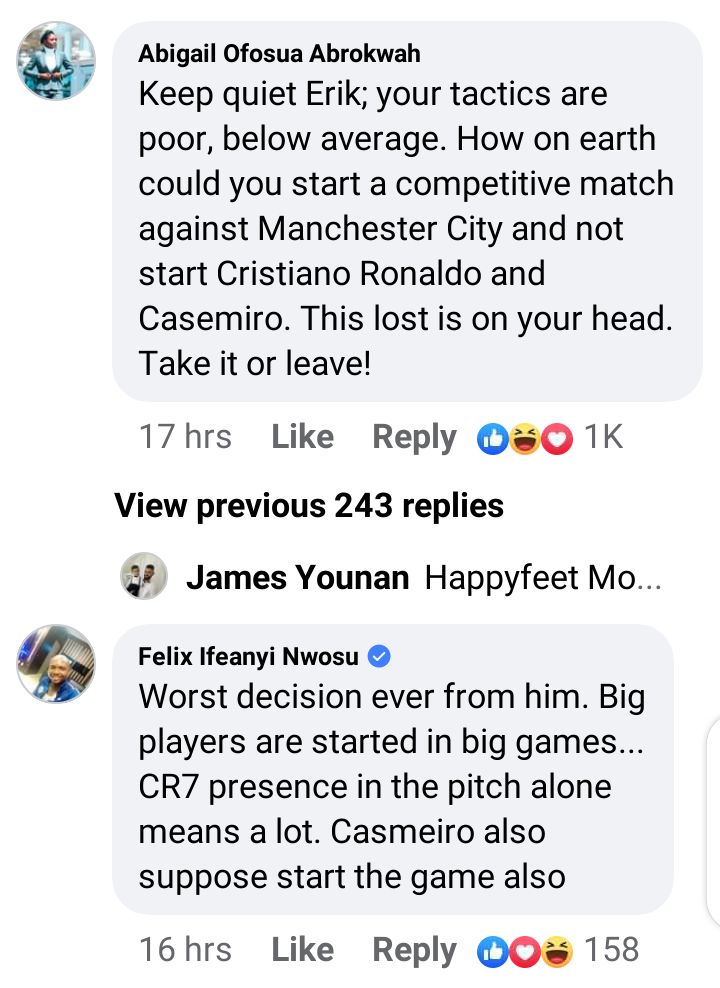 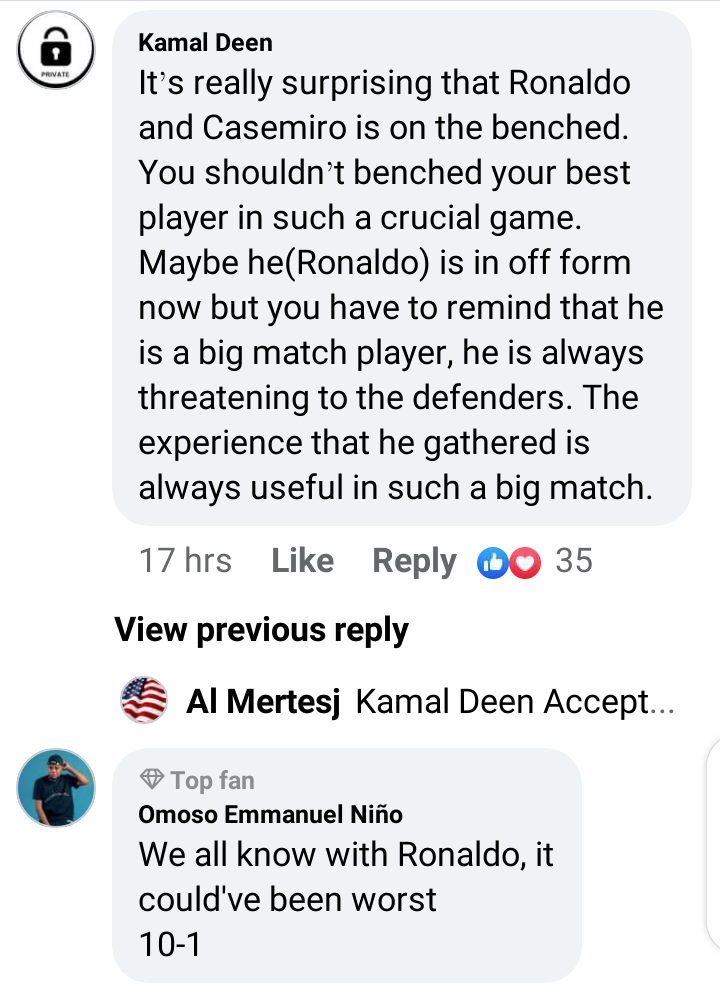 In conclusion, dou you think Ronaldo deserved such treatment and going forward is this development a setback to his career at Manchester United. Please leave a comment and follow up for more.