106 Kenyan Chelsea Fans Arrested on Tuesday Night, They Are to Pay Sh10000 or Spend 2 Months in Jail

By Trendingnewster (self meida writer) | 11 days

Chelsea fans in Kitale, Trans-Nzoia County had to face it rough after police officers Intervened in their watching venue and arrested a total of 206 football fans who were behind the screen to watch their favorite team play.

Being a Champions League quarter-final stage, a lot of fans ganged up to watch the game not following the Covid-19 protocols set up by the government to curb the spread of the disease, they are now required to pay 10,000 shillings each, or serve two months in jail.

The fans were arrested on Tuesday night while they were watching a game between Chelsea and Real Madrid. The high court in Kitale directed the ones affected to pay 5,000 shillings for going against the curfew rule, and another 5,000 for not following the social distancing rule.

Each charge flouted by the fans attracts one month in jail. The people arrested spent their night at Kitale police station cells, on top of that they were given an ultimatum of 12 days to appeal.

The fans were nabbed from several watching showrooms as the police officers were on patrol. 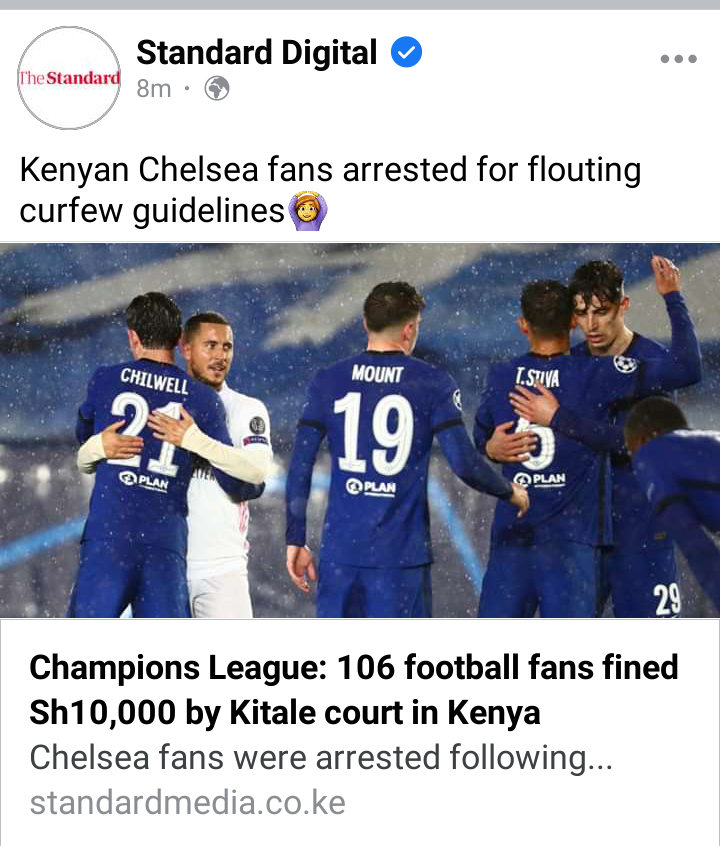 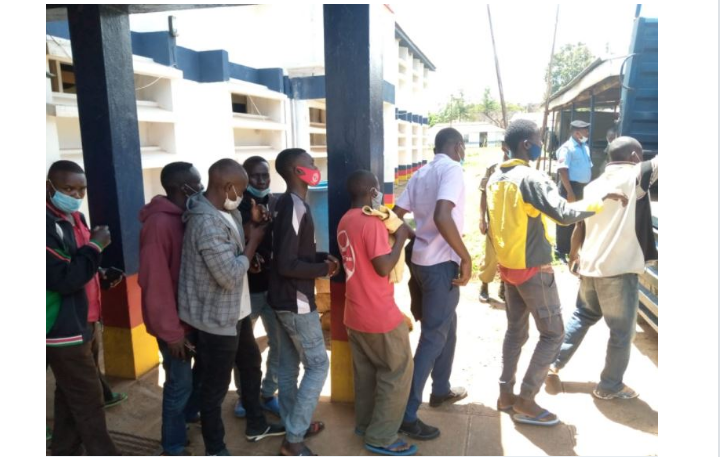