By KennedyMutunga (self meida writer) | 25 days 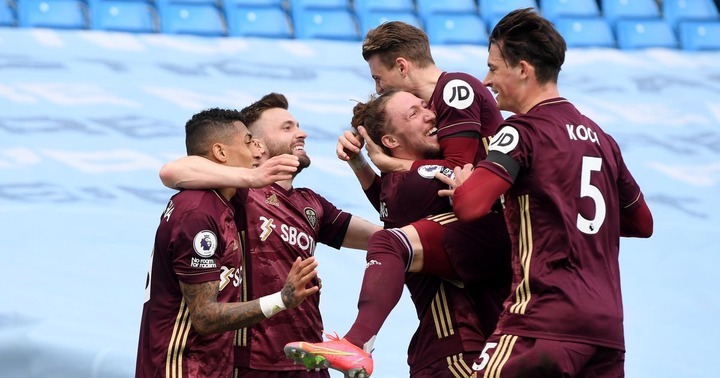 When Leeds United skipper Liam Cooper was shown the matching orders by referee Andre Marriner and later in the second half the host leveled through Ferran Torres.

It was all clear that the Whites were staring at defeat. In what should have seen Manchester City extend their lead with 17 points ahead of their rivals United.

Nevertheless that didn't happen as most pundits and fans would have it. As 10-man Leeds fought against all odds to see of Pep Guardiola charges much to their disbelief as Stuart Dallas brace saw the Whites have the last laugh.

No doubt they defied the odds with the last minute goal. 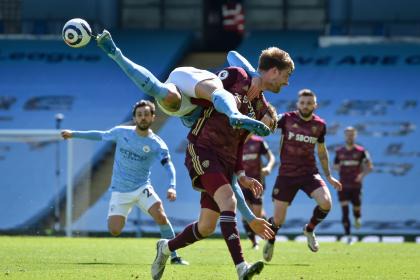 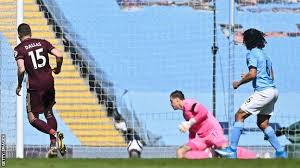 City lost despite recording 29 shots against Leeds 2 shots that landed at back of the net. No doubt Marcelo Bielsa is a mentor to the Spaniard Pep. Source/Courtesy.

For instance it's reported that with the Whites receiving a red card and Ferran equalizing for the host the odds shot up against the visitors; placing them on 999/1 on chances of winning the match with 2-1 score margin according to Bet fair odds.

This is even as pundits failed to recognize the fighting spirit that had earlier been put in by the league newcomers in the start of their campaign.

Even Pep had to admit that the send off didn't dampen Leeds' spirit instead they fought back and in the end they won in what became a shock for host.

"From the adversity and effort of the players, it was emotional for me. It was a rebellious team. They weren't resigned to lose," he argued. 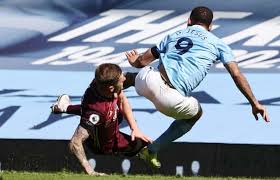 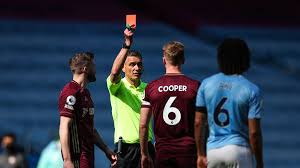 Leeds captain Liam Cooper dangerous tackle on Gabriel Jesus saw his side exposed against the Citizens and fought back in style to claim victory. Source/Courtesy.

Thanks to Stuart Dallas who drove the final nail on the coffin of host who succumbed to a rare home defeat as Stones and Ederson failed to stop the Northern Ireland attacker.