Once a blue always a blue: Chelsea dedicates this day to Willian.

By Dogecoin (self media writer) | 5 months ago

Willian Borges a winger who currently plays for Arsenal FC turns a year old today. The former Chelsea man was born on this day and is turning 33 years old. Chelsea FC is known for its appreciation of footballers who have featured for the club and Willian is among them. On their Instagram page Chelsea refered to him as a 'stunner' while displaying his performance against Tottenham Hotspurs. 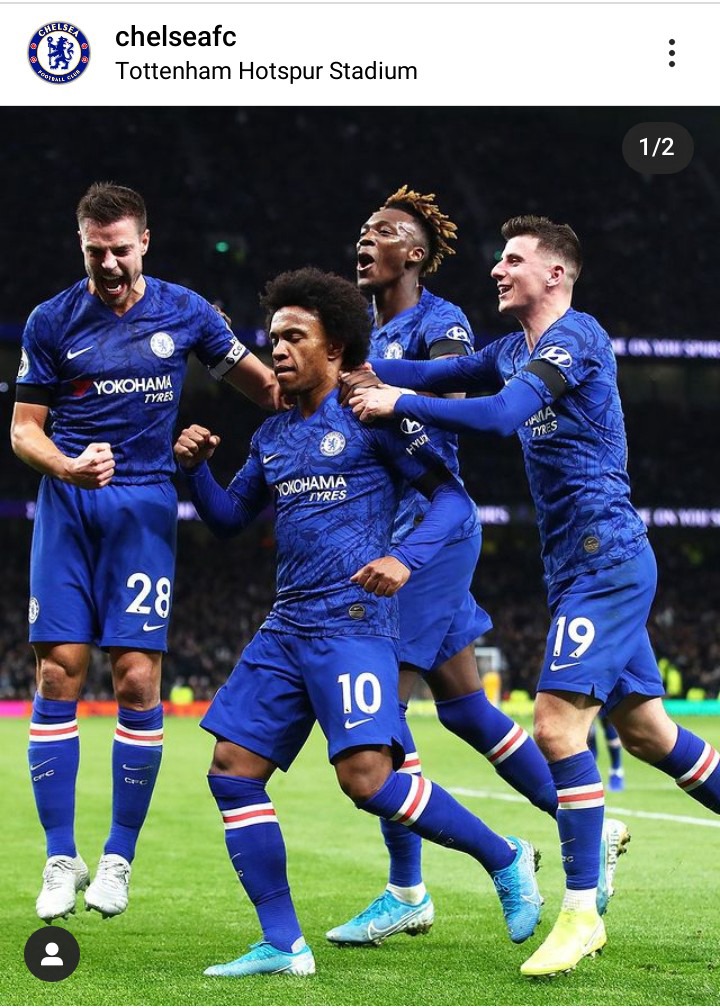 Willian who was in the 2016 UEFA europa league champions winning team has featured for Chelsea in more than seven years. While at the club he has won 2 top flight league trophies, 1 Europa league, 1 FA cup an 1 carabao trophy. Willian has made two hundred and thirty four appearances for Chelsea since 2013 and has scored just 37 goals.

The Brazilian was considered as one of the best from the South American country to feature at Chelsea. Fans could not lightly take the moment and aired their mixed reactions. 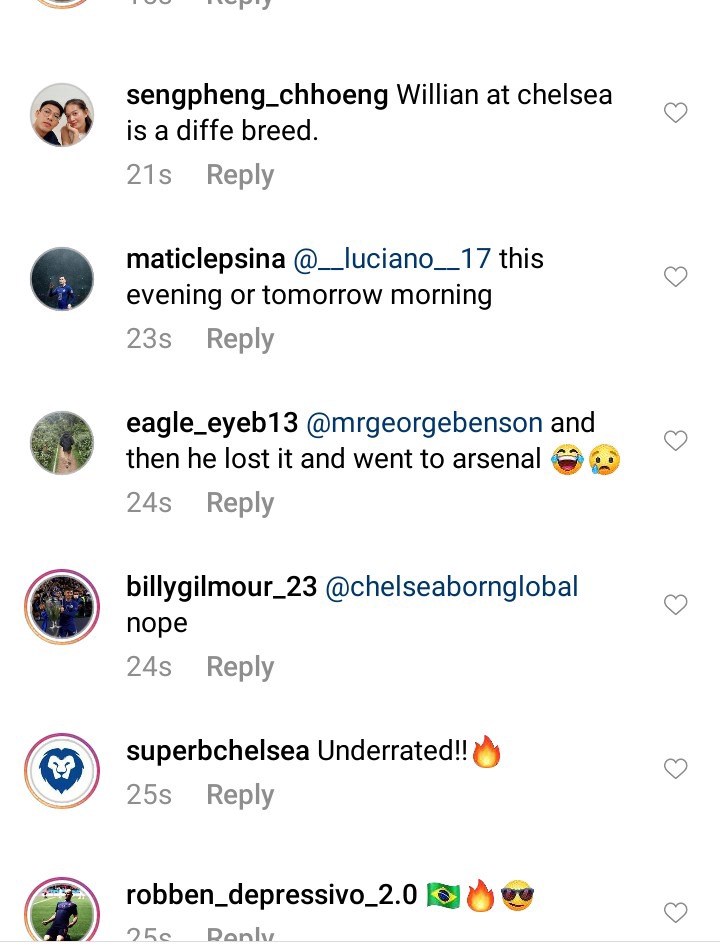 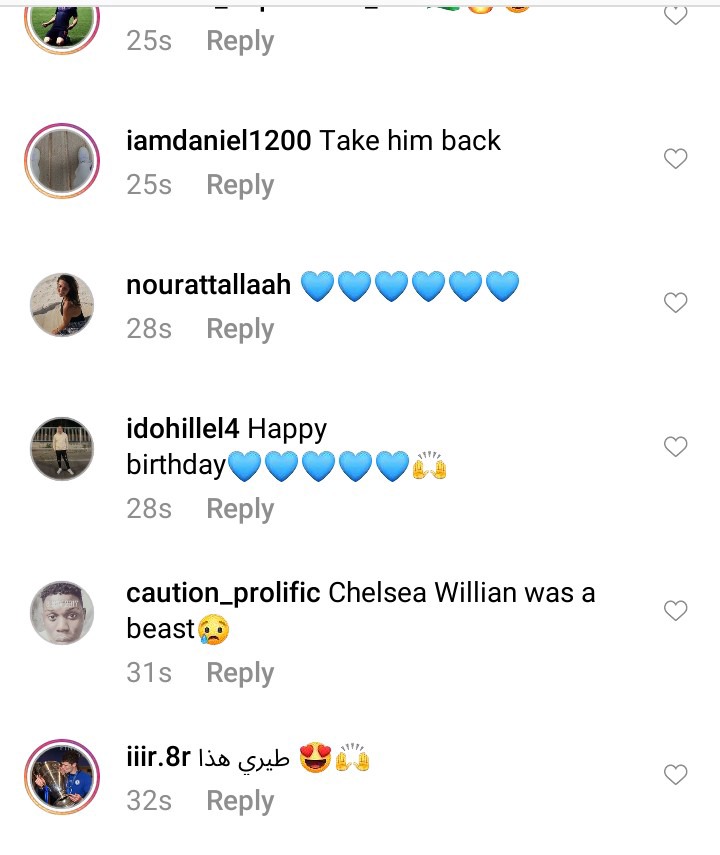 "Willian was a beast at Chelsea" one user sod reffering to the splendid career he had at Chelsea. Fans also claimed that it was not a nice move to Asenal where he has just scored one goal in 25 appearances. 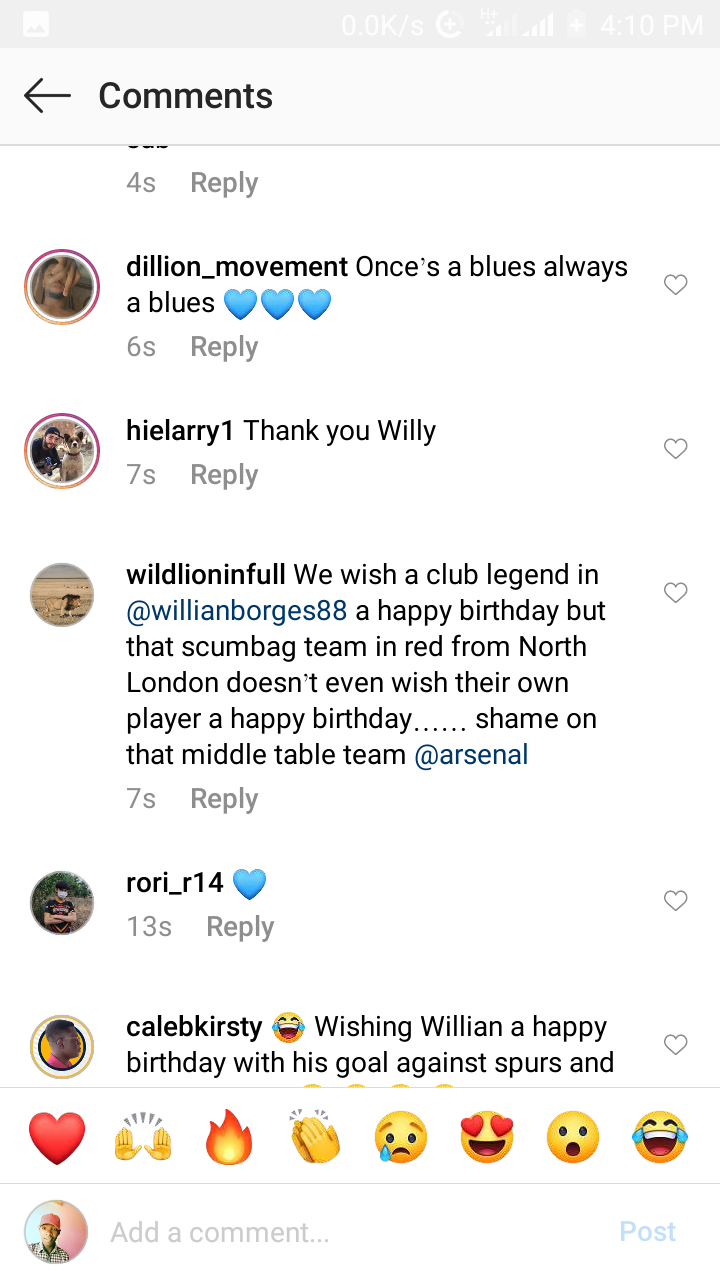 5 Dangerous Effects Of Biting Your Fingernails

Paula Kajala Insults All Men After Break Up With Singer Rayvanny