After Manchester United 1-1 Draw against Ac Milan, See their Next 5 fixtures

By DiqxontheLordking (self media writer) | 10 months ago 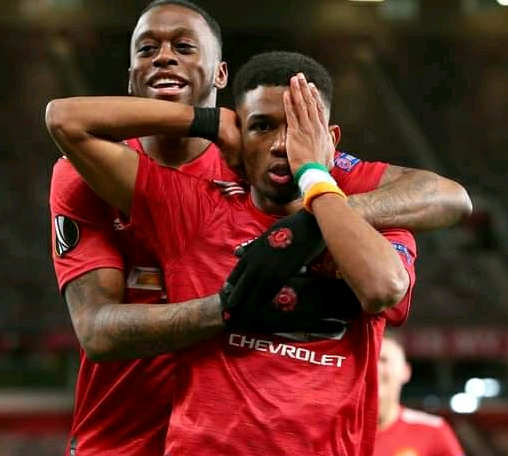 Manchester United were stunned at home by arch-rivals Ac Milan after they held to a 1-1 drawcat full-time after Kjaer header beat Henderson in the stoppage time. Ac Milan dominated the opening 20 minutes of the match with Rafael Leao & Frank Kessie goals being ruled off due offside & handball respectively. Manchester United returned to the second half more motivated to clinch a clean sheet victory following a goalless first half draw. Martial was injured in the opening of the second half & was replaced by Amad Diallo who later scored the opener in the 50th minute after Brunon Fernandes quick vision. 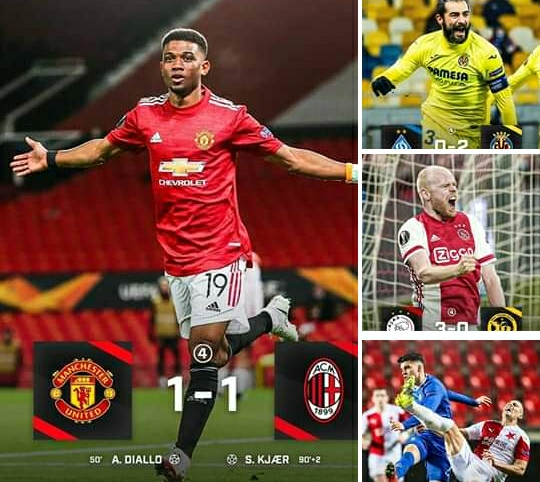 Manager Ole Gunnar Solskjear made wrongful tactical substitution after bringing in Fred, Williams & Luke for Jamea, Wan Bissaka & Fernandes which costed the hosts the 1-0 lead. Ac Milan equalized in the stoppage time through Kjaer who rose high to head home Krunic corner kick home in the 90+2 minute to seal a vital away goal. Manchester United will be hoping to bounce back in their upcoming Premier League fixture against Westham United on Sunday before travelling to Sanssirro on Thursday for the UEFA Europa League round of 16 second leg tie against Ac Milan. Manchester United will play Leceister City on Sunday 21st March 2021 in FA Cup quarter finals before the international break; then will resume the Premier League against Brighton home & then travel to London to face Tottenham Hotspurs. 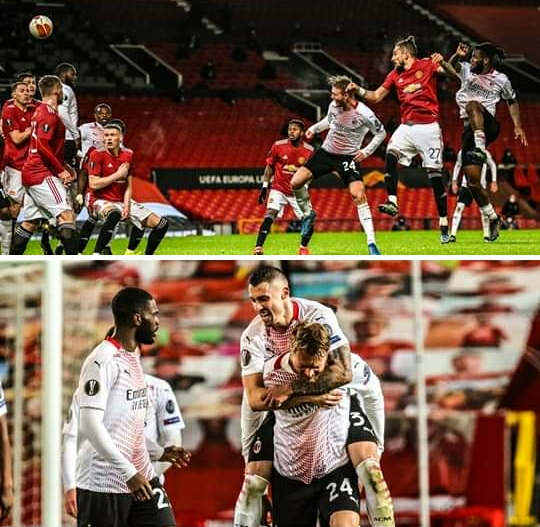