By Lennex (self media writer) | 5 months ago 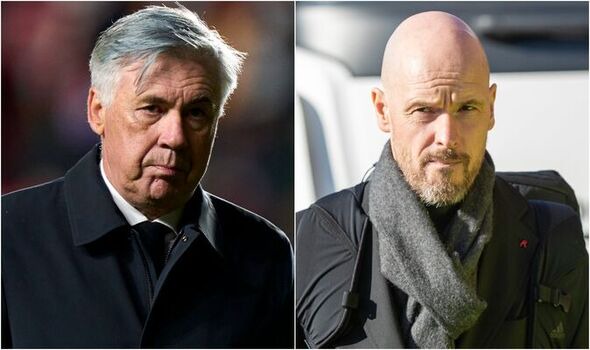 According to MARCA, Manchester United are ready to offer Real Madrid midfielder Casemiro a five-year deal and double his current salary.

Casemiro has been a mainstay at the heart of Real Madrid's midfield for almost a decade now. He is a beloved figure at the club and is considered a valuable asset by Los Blancos. He, with Luka Modric and Toni Kroos, formed a legendary midfield trio that is still going strong, however, the Madrid giants won't force the player to stay if he intends to leave.

The Brazilian has enjoyed a massively successful stay at Real Madrid, with five Champions League trophies being the highlight of his career in Spain. He has made 336 appearances for Los Blancos across competitions, scoring 31 goals and providing 29 assists. He is only 30-years-old and has many years left at the top of the game.

However, according to the aforementioned report by MARCA, he hasn't ruled out a move away from his current club. Many factors have to be taken into consideration by the player's side if he is indeed interested in joining Manchester United.

He is a well established figure at his current club. To add to that, a move to Old Trafford would see him not compete in the Champions League for the upcoming season.

The Red Devils finished sixth in the Premier League last season. They will have to be content with participating in the UEFA Europa League in the 2022-23 season.

However, a lucrative offer from Manchester United might be hard to turn down for the Brazilian from a financial standpoint. If he decides to make a move to the Premier League side, he might reunite with his former teammate Cristiano Ronaldo, whose future at the Manchester club is uncertain

Casemiro once again played a pivotal role as Real Madrid defeated Eintracht Frankfurt to lift the UEFA Super Cup trophy this past weekend. He was rested for the club's first La Liga fixture against Almeria over the weekend. Aurelien Tchouameni, who was signed with the intention of succeeding Casemiro, started in midfield as Madrid won the game 2-1.

Content created and supplied by: Lennex (via Opera News )