By TaylorNews (self media writer) | 4 months ago

Arsenal football club faced league rivals Liverpool in their second leg of the EFL Cup competition after the nil nil draw in the first leg at the Emirates stadium. 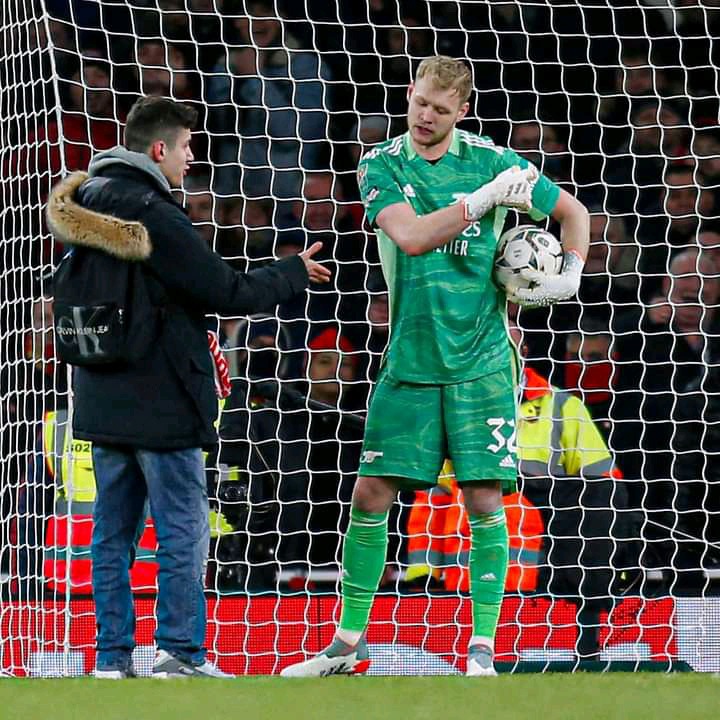 Mikel Arteta selected his best players to play against Jurgen Klopp's side who lack the services of Sadio Mane and Mohamed Salah.

Portuguese star player Diogo Dalot starred for Liverpool who were the best team against Arsenal as he scored both goals in the two nil victory. 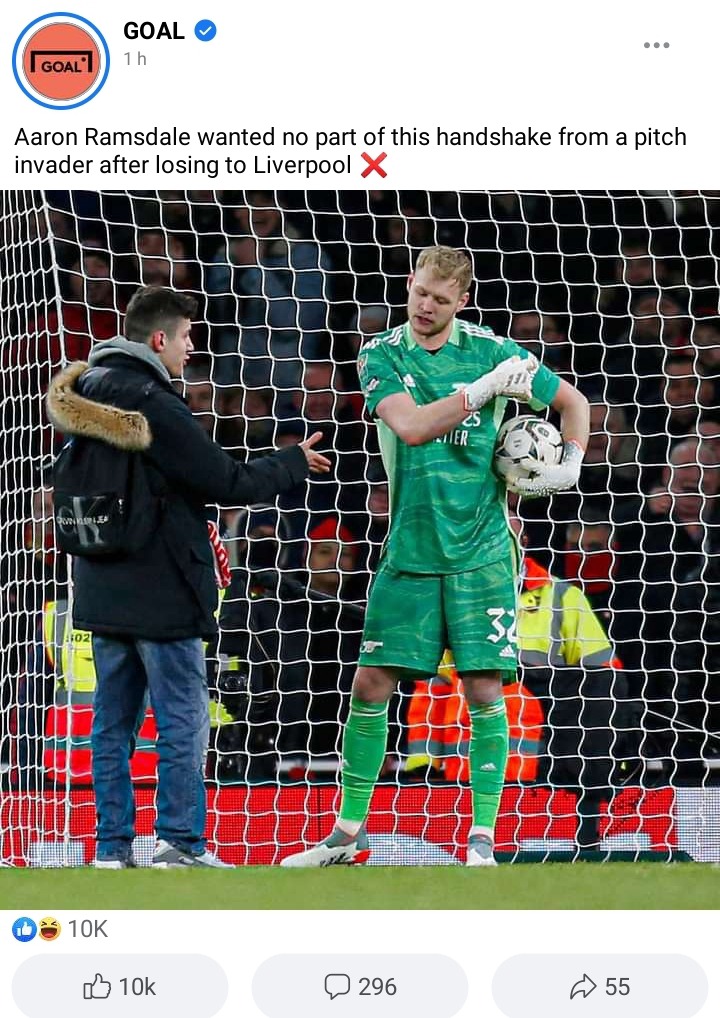 As Arsenal were losing out to Liverpool a certain fan managed to breach the security and got to the pitch in the far end where Aaron Ramsdale was.

The frustrated goalkeeper who was losing out to Liverpool was mad at the pitch invader in that he never wanted to even shake hands as he was seen ordering him to get out of the pitch.

It was a disappointing night for the star goalkeeper who is not used to conceding goals in his matches.

Six(6) Predicted Matches To Gift You a Huge Bonus Today

Place Bet On This 7 Saturday Matches to Win Big