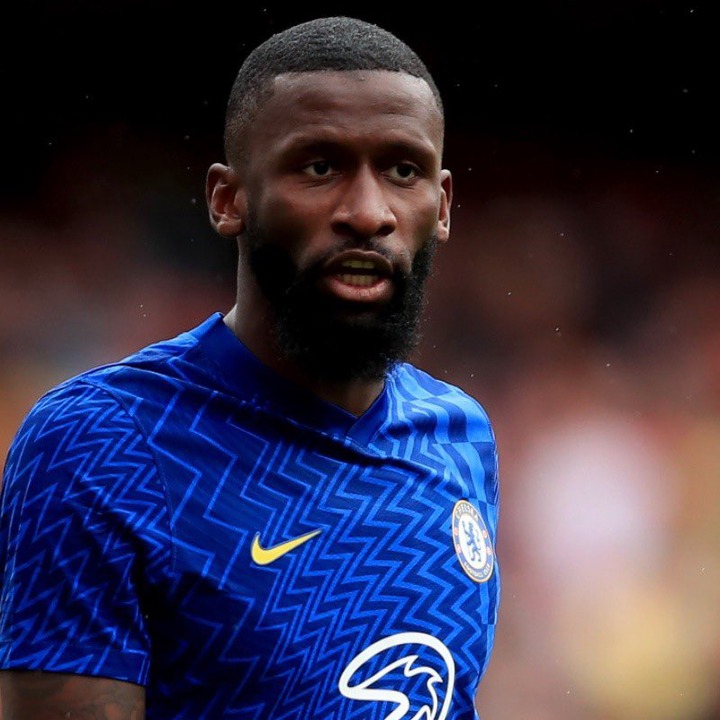 Chelsea fans have received another boost barely a day after Denmark international Andreas Christensen's contract situation was resolved. Talks between the defender nd club chiefs over a contract extension are in the final stages, having reached a verbal agreement.

In the latest development, Germany international Toni Rüdiger has hinted that he wants to stay at the Stamford Bridge. Talks between the player and the club over his contract, which is in its final stages, are still ongoing. The London-based club are determined to have the defender stay instead of leaving as a free agent in the summer transfer window.

Rüdiger has been instrumental in Chelsea's solid defensive performance in both the Premier League and Champions league. However, his wage demands have been the topic of discussion. He rejected a £120000-a-week wage because he wants the figure to be raised to around £400000, but the Blues chiefs think that's too high.

According to renown Italian sports journalist Fabrizio Romano, Toni is determined to stay even though talks between his agents and the borad have bore no fruits yet.

"Toni Rüdiger situation. His priority is to ststay, and talks are still ongoing between Chelsea and his agents...but the agreement is far from being reached as things stand now. Many clubs are interested in signing him in case he becomes a free agent," he said on Twitter. 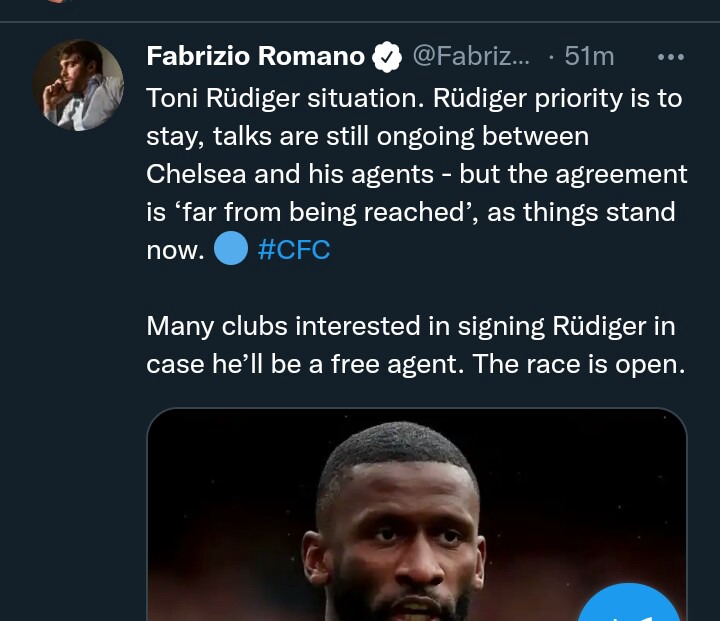 His performance has attracted major European clubs among them Spanish side Real Madrid and Germany's Bayern Munich, who have been put on alert by the uncertainty surrounding Toni's contract situation.