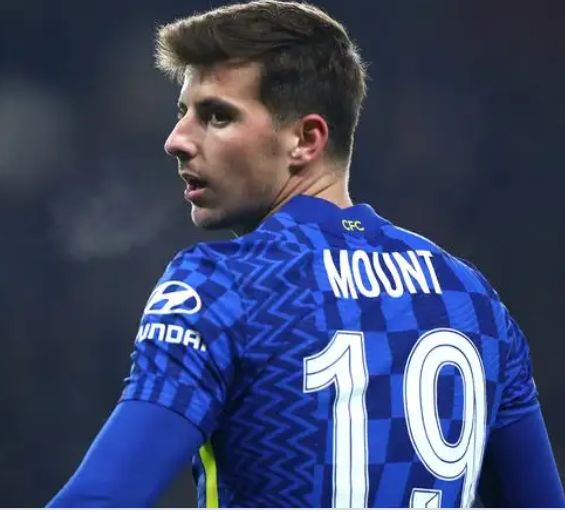 Mason mount is one of the highly rated young players in the Premier League. He has been praised by many to due to his versatility. The England international was brought through Chelsea's youth System and was sent out on loan to various club for game time and development. On his return to west London, Mount has played under two coaches, Lampard and Tuchel.

Lampard played a crucial role in Mount career. The former Chelsea No8 had faith in him when everyone doubted . While at Chelsea as a coach, Lampard primarily relied on 4-2-3-1 and 4-3-3 formation. In 4-2-3-1, Mount adapted the number 10 role where he would often play behind the striker, while in the other style Mason would occupy the left side of the midfield. Owning to his aggressiveness, the English playmaker was efficient in dropping deeper centrally to progress the ball forward when he played as central midfielder and help in pressing high to set the ball loose from the opponent when he was on No.10 role. In some occasions, mount would feature as winger under Lampard, but he wasn't much influential in that role. 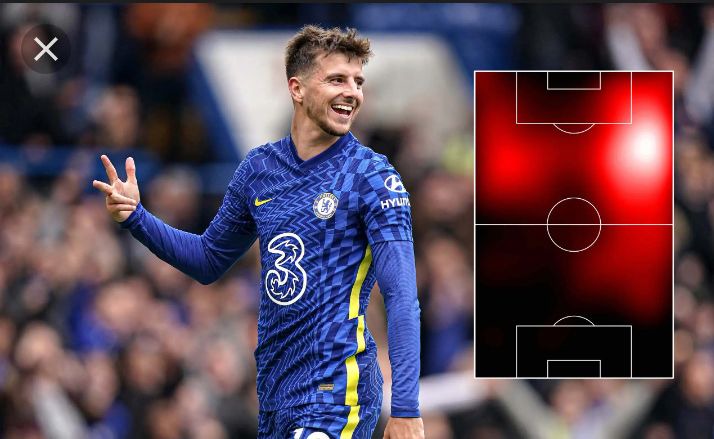 The arrival of Thomas Tuchel saw the Blues switch to 3-4-2-1 formation, which relies on the creativity from the wing backs. In this style, Mount operates as a right sided No.10 to facilitate press and attacks. In this role, the Chelsea ace plays a crucial role in build up plays because of his work ethic. He can also act as catalyst in progressing the play to the final third. When Tuchel uses a 3-4-3 variation, Mount goes to the wing, where he can directly deliver crosses or hold up the play to invite other attackers into the box. 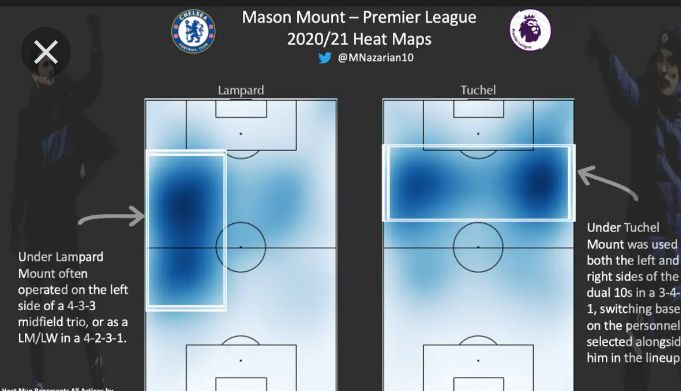 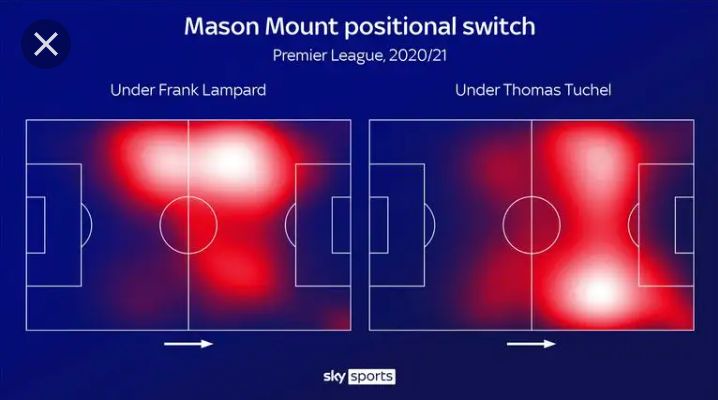