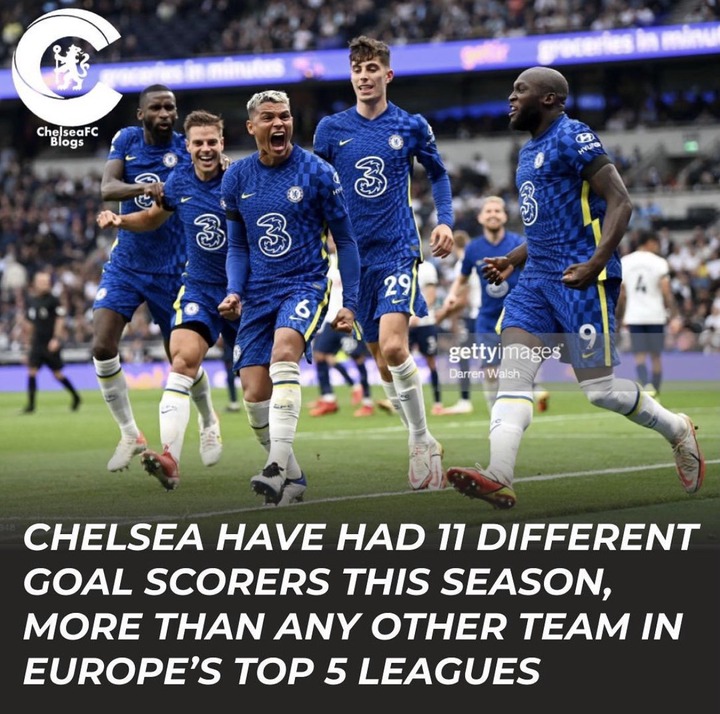 Chelsea are the only team in Europe to score 11 goals from different squad players this season. This shows just how well-balanced the team is offensively. This is also advantageous in that opponents are not able to predict who is most likely to score and therefore Chelsea are free will to engage any player in their attacking plays.

However, Timo Werner is yet to score a goal for the Blues and this is worrying a lot of fans who have now started to suggest that the German player should be withdrawn from the squad because he is not doing the job he was assigned to do at Chelsea. Romelu Lukaku has already bagged two goals since his debut which makes him the club’s top scorer. 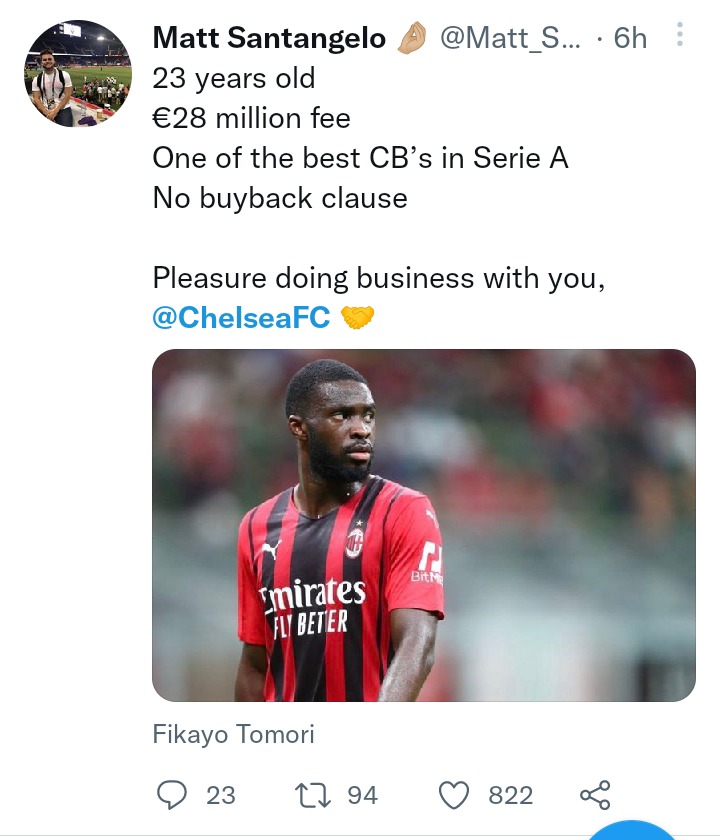 AC Milan are still amazed at how former Chelsea defender Fikayo Tomori is proving to be a big force to reckon with in the Italian Serie A. Fans have even said that buying Tomori for €25 Million in the summer transfer window was a real bargain because the defender obviously costs more.

Tomori has been a real shield in AC Milan’s defense and it is no secret that Luciano Spalleti is considering the 23-year-old as an indispensable member of the club. Tomori is a regular first eleven player in the AC Milan squad alongside Alessio Romagnoli with whom he has formed an indomitable defensive relationship.

Football analyst and journalist Gary Lineker took to Twitter to express just how amazed he was at Chelsea under the management of Thomas Tuchel. After beating Spurs yesterday, Chelsea are now leading the EPL table with 13 points alongside Liverpool and Manchester United. Thomas Tuchel will be keen to extending his impressive run next weekend as he steers his side to eventual Premier League glory.