By WillyKim (self meida writer) | 1 months ago Westham played fantastic yesternight and managed to win 4:1 against top side Leicester.Leicester were unlucky with an Ayoze Perez red card as Westham went on to capitalize on their shortcomings.

Micail Antonio was the star of the match as he went on to score a brace.That also meant he went on to become Westham'a top scorer of all times with 49 goals.A record broken. Michail Antonio has now gone top of the season's topscorers list with three goals even though they both have same number as Bruno.Bruno drops to second because he didn't score against Southampton and also because he has no assists as compared to Antonio who has. 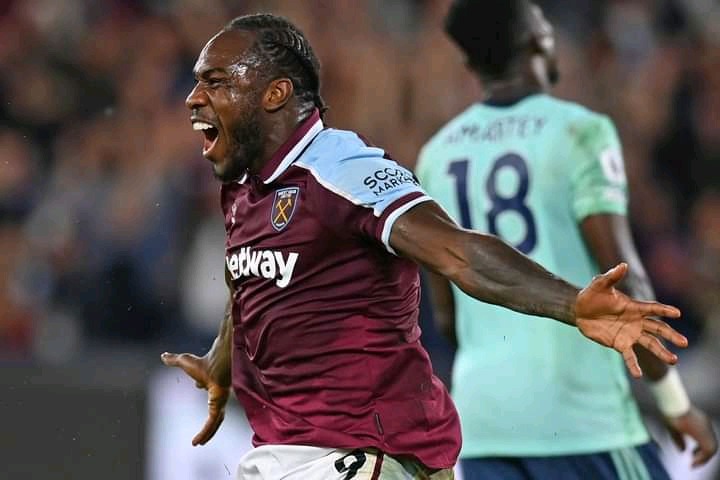 Benrahma of Westham who has also been in top form lately is third in standings with two goals as Dominic Calvert Lewin of Everton follows.Mason Greenwood of Manchester United follows with two also.

Others in the top ten are Danny Ings of Aston Villa,Neal Maupay of Brighton, Diogo Jota of Liverpool.So far those are the ones with two or more goals.

It's still early to predict who goes with the golden boot this time, although time will tell.Some of the prolific scorers like Harry Kane and Salah haven't got up and running.So who is likely to win it this time?