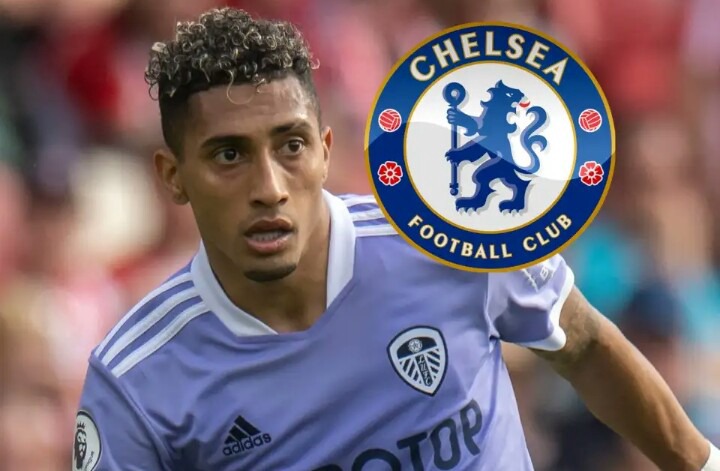 Chelsea are closing on a surprise move for Leeds United Brazilian forward Raphinha, dealing a massive blow to their London rivals and Spanish giants Barcelona.

According to Italian journalist and transfer expert Fabrizio Romano, the Blues have reached an agreement with Leeds United for a fee around £60 / £65 million including add ons. The two clubs are working on the final details of the deal, with part of the money being paid immediately. On their hand, Chelsea are left with agreeing with the Brazilian and his agent Deco (a former Blues midfielder) on personal terms.

"Chelsea and Leeds have reached full agreement for Raphinha. Official bid accepted around £60/65m [with add ons included]. Main part of the amount to be paid immediately. It's done between clubs. Talks now ongoing on player side on personal terms and contract. Boehly on it," he wrote on his official Twitter account. 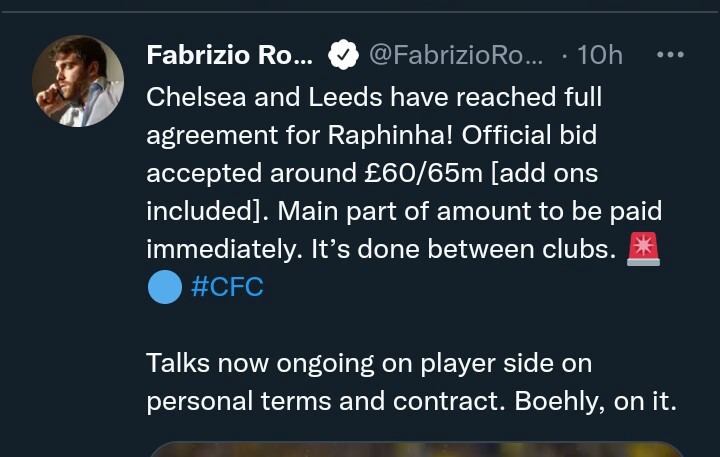 "Key hours ahead for Chelsea as they will try to reach full agreement with the 25-year-old Brazilian winger and his agent, Deco, on personal terms.... Agreement reached between clubs. Arsenal tried until yesterday, now they wait.." 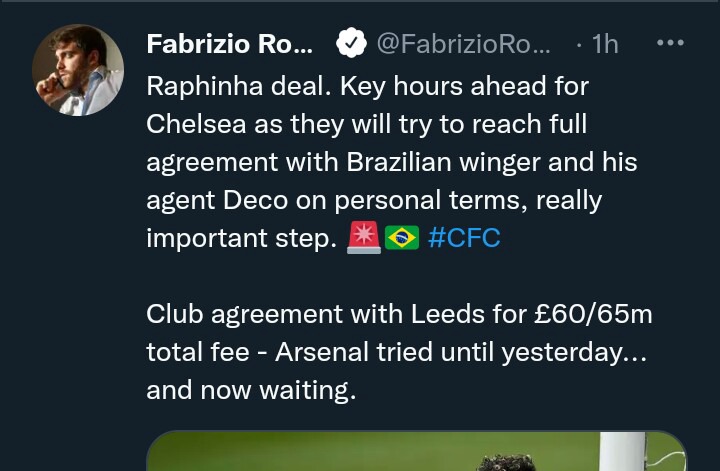 Meanwhile, the Stamford Bridge outfits have slowed down on their pursuit for 22-year-old Juventus and Netherlands centre back Matthijs de Ligt after deeming Juve's £102m release clause as too expensive. They have, instead, opted for 27-year-old Inter Milan and Slovakia defender Milan Skriniar. According to Romano, Blues still remain in the race to sign Napoli's Senegalese centre back Kalidou Koulibaly, whose contract with the serie A club expires in 2023. They are alos keeping tabs on Sevilla's Jules Kounde and Manchester City's Nathan Ake. However, they will pursue centre backs after finalising Raphinha's deal. 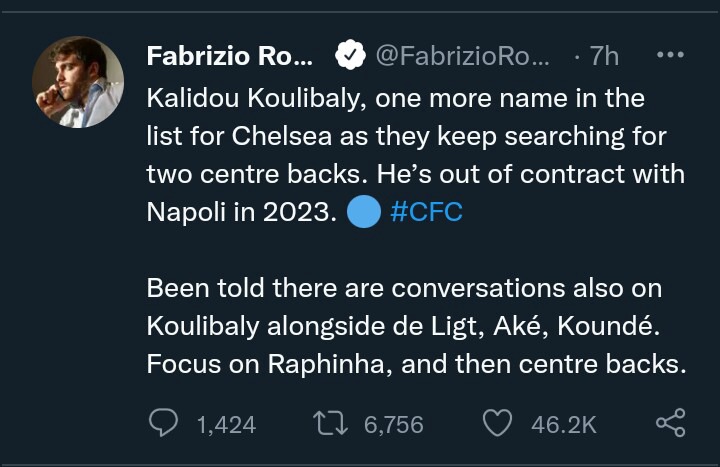