There has been rivals between London based clubs which include; Tottenham Hotspurs, Arsenal, Crystal Palace, Chelsea and West Ham United and clubs from Manchester which are only two, Manchester City and Manchester United. I am going to compare the best starting lineup from the two towns and we will see which one is stronger. 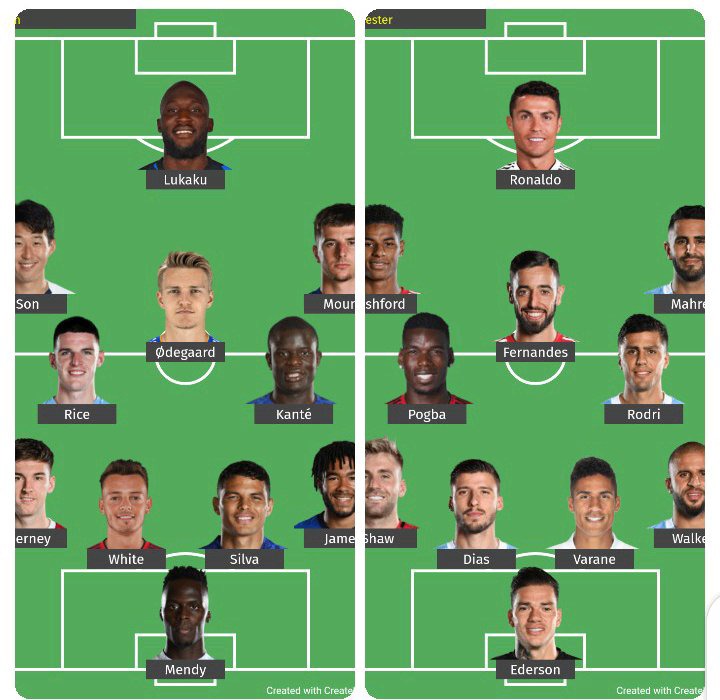 The goalkeeper will be Mendy from Chelsea club while Tierney and Ben White both from Arsenal will team up with Thiago Silva and Reece James from Chelsea to form a strong backline. N'Golo Kante, Declan Rice and Martin Odegaard will play as the midfielders. Son and Mason Mount will play at the left and right wing while Romelu Lukaku leads the strikers. 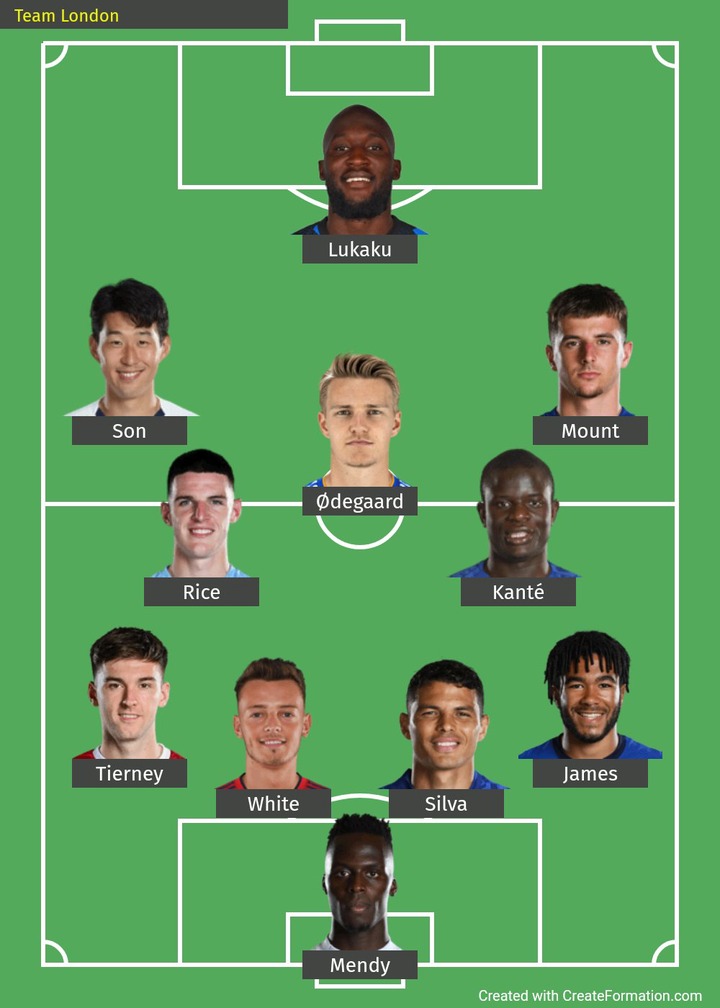 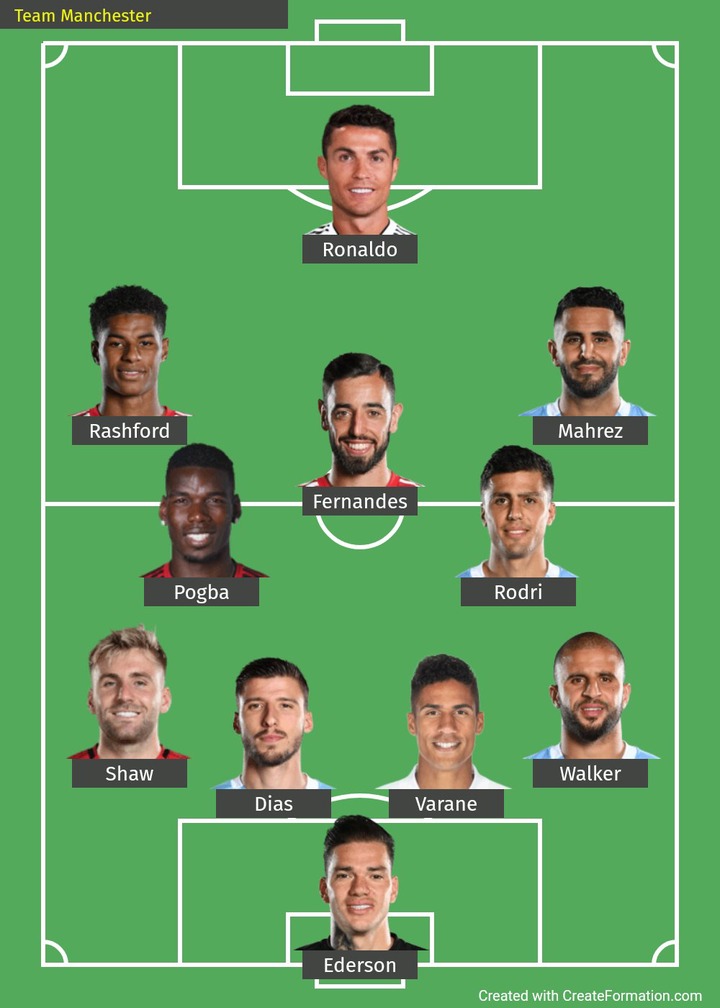