Relief To Chelsea Fans On Ngolo Kante's Injury, As Tuchel Delivers A Statement

Chelsea's midfielder, Ng'olo Kante appeared to have been strucked by a noticeable injury during yesterday's match against FA chambions,Leicester city, when all of a sudden he walked out of the pitch, made a little conversation with the club’s manager, before heading straight to the tunnel for treatment.

The frenchman has always played a crucial role in as far as Chelsea's super form that has seen them reach ther EUFA champions league final. Chelsea is set to play against country’s rival club, Manchester City in the final.

According to the ESPN sports, Kante's injury was indeed a worrying concern for the club in as far as their plans for the Last EPL game of the season against Astimon Villa and the Champions league clash scheduled for 29th May 2021.

A day after injury, Chelsea's fans have something of relief to smile for following the manager's good news on the worrying injury concerns. Thomas Tuchel has revealed that, the star wasn't hurt during yesterday's clash, despite the star's exit during the match.

According to the coach, Ngolo told him that he had to walk out of the pitch not because he had suffered the injury, but that he felt his harmstrings and was worried of getting injured if he was to continue playing. 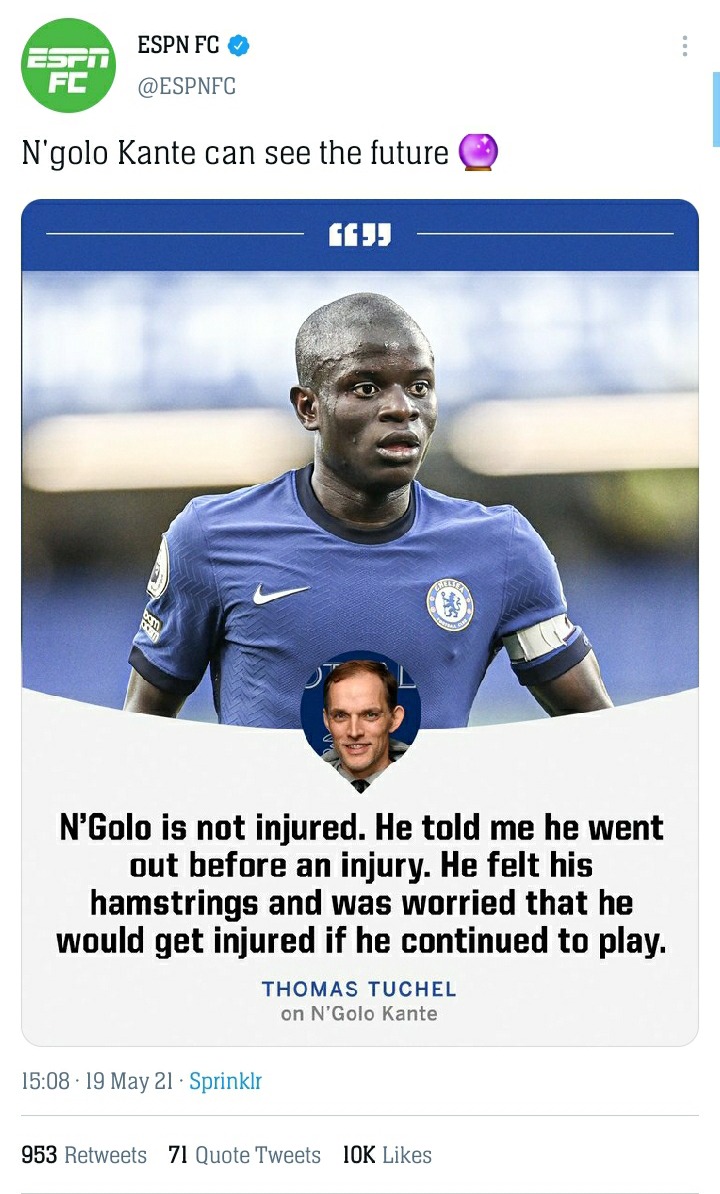 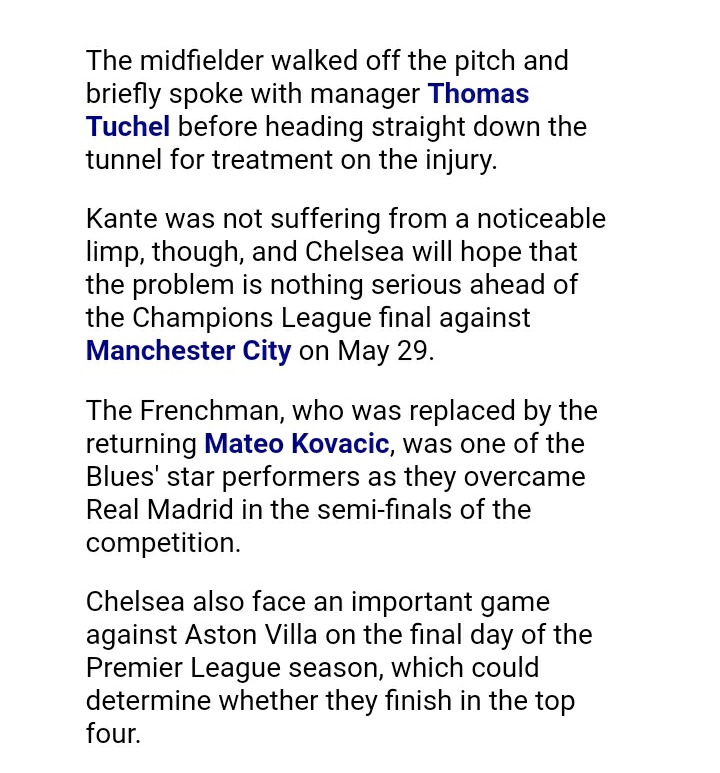 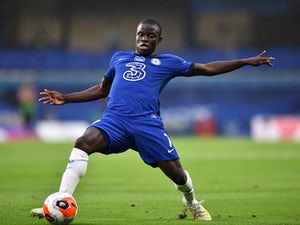 Chelsea's midfielder, Ngolo Kante in action during a past match. PHOTO|TWITTER|ESPN

Chelsea made an avenge over their FA finals rivals Leicester City after winning 2:1. This is after they suffered a defeat to Leicester city during the FA final where they lost a goal to nil. 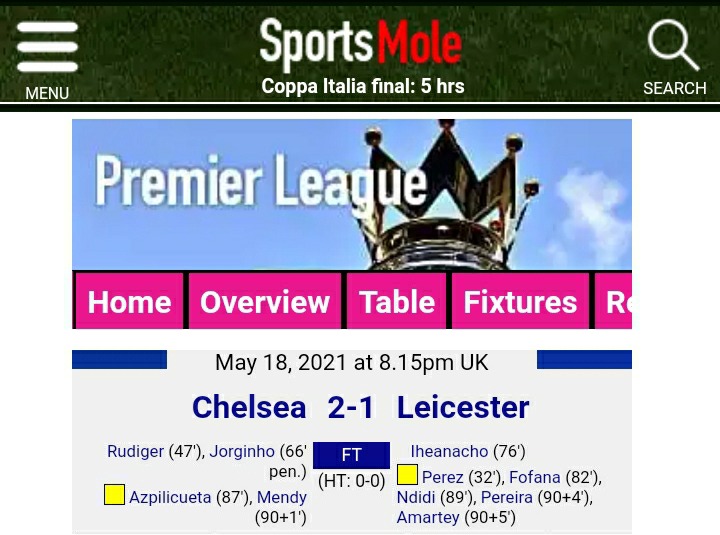 TRANSFERS: Manchester United Closing In On Signing Torres As Rudiger Wants To Remain At Chelsea

EURO 2021: Belgium, Netherlands Maintain Wins As Denmark Smashes Russia To Qualify For Round Of 16