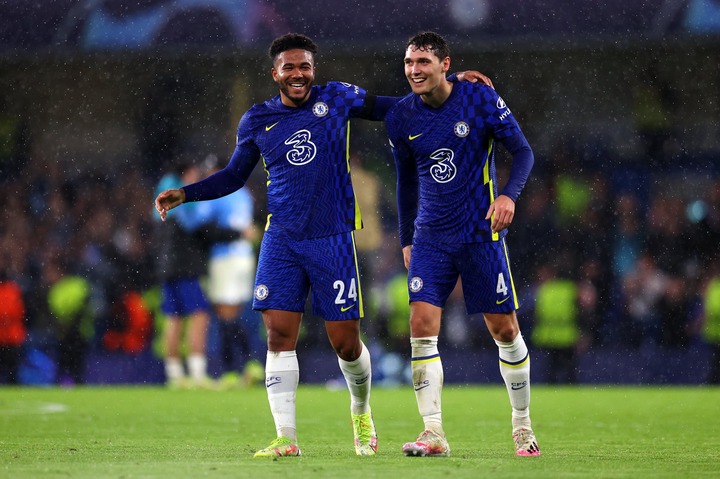 After an intriguing night at the Stamford Bridge on Wednesday night where Chelsea thumped Malmo in a Champions League fixture, the home fans have yet another reason to smile and take pride in the London club. This is after one of the team's star players reached an agreement with the club over his future.

Denmark international Andreas Christensen's contract situation has been settled with the club set to finalize on its details and make an announcement in the coming days. In a tweet by renown Italian sports journalist Fabrizio Romano, Christensen has reached a verbal agreement with Chelsea chiefs to extend his contract at the bridge, although more details are yet to be released.

"Chelsea are planning to complete everything soon to announce Andreas Christensen contract extension. Verbal agreement reached weeks ago. The final clauses are being fixed, and paperwork prepared before it is made official," he said. 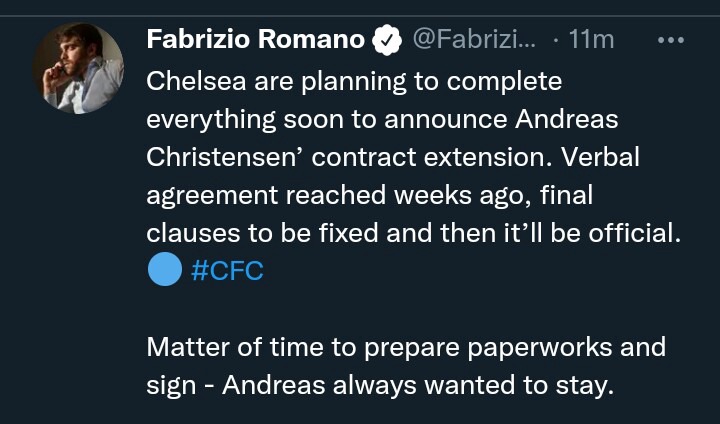 This comes barely a day after the defender scored his first ever Chelsea goal against Malmo. Andreas, who has always wanted to stay at Chelsea, has managed to partner with Rudiger, Cesar Azpilicueta and Thiago Silva to make a rock-solid defense for the Blues. He also played a crucial role in the Champions League and UEFA Super Cup winning squad against Manchester City and Villareal respectively.

On the other hand, Germany international Antonio Rüdiger's future remains uncertain after the defender turned down a £120,000 a-week contract offered by the club because he is looking for a higher offer. Rüdiger has been unsettled at Stamford Bridge having entered the final stages of his contract, with the uncertainty surrounding his contract situation putting Real Madrid and Bayern Munich on alert.

His compatriot, Timo Werner, has also been linked to a move outside Stamford Bridge having had a shaky start since joining from Bundesliga side RB Leipzig. Werner, who has been criticized for his poor finishing and deteriorating form, still remains a crucial part of Manager Thomas Tuchel's plans. It's unclear if Bayern Munich, who have shown interest in him, will make a move for the Germany striker in the Summer transfer window.