By DailyContent (self media writer) | 3 months ago 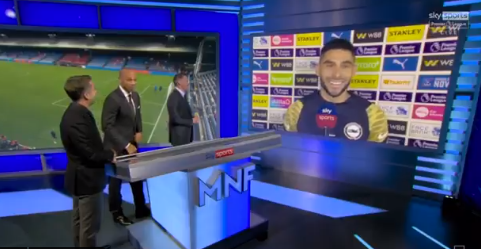 In the fifth minute of added time, Maupay received a delicious pass from Veltman and cheekily lobbed the ball past the Palace shot-stopper. Brighton narrowly missed the chance to go top of the table and are currently 6th with 13 points.

During the post-match interview, Neal Maupay interacted with former Arsenal player Thierry Henry. Among the things they discussed was Brighton's next game this weekend which is against Arsenal. Henry being a former player of Arsenal asked Maupay to go easy on Arsenal. Neal Maupay replied saying he loves scoring against Arsenal. 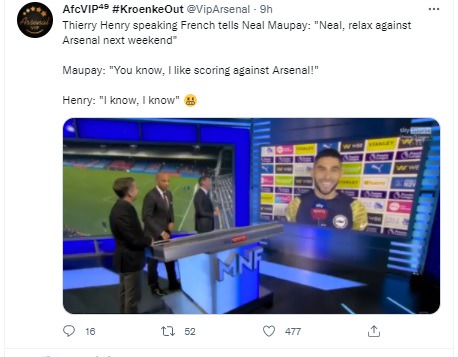 Indeed, Maupay has scored twice against the Gunners in previous meetings. The two sides have met 8 times in the Premier League; both winning thrice and drawing twice. However, Brighton have begun this season on a high and will likely give Arsenal a tough time.

Man Set Ablaze After Stolen Cow Was Spotted At His Home

Malala Hints On What Mudavadi Is Going to Reveal In His 'Earthquake' Announcement, Mentions Dp Ruto