Top 4 Greatest Back 4 In Football History

By Kidfofo (self media writer) | 8 months ago

The back 4 of every team consists of 2 centre backs, right back and left back. In football, there are several generation of defenders that exist that help their teams in winning trophies by defending and also scoring goals. These are the top 4 all time best back 4 in football history.

1. AC Milan 2003 - The back 4 consisting of Paolo Maldini, Alessandro Nesta, Kakha Kaladze as left back and Alessa as right back won the 2002/2003 UEFA Champions League, Copa Italia and UEFA Super Cup. 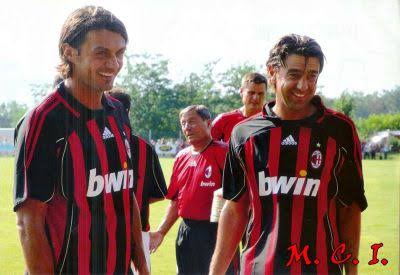 2. Barcelona 2011 - This back 4 consisted of Gerald Pique, Mascherano, Abidal and Danny Alves is the second best back 4 in football history. In that season they won La Liga, UEFA Champions League and FIFA Club World Cup.

3. Manchester United 2007/2008 - This is one of the best back four in the clubs history. The back 4 had Nemanja Vidic, Rio Fedinand, Patrick Evra and Wesley Brown. In that season they won the UEFA Champions League, English Premier League and FA Community Shield. 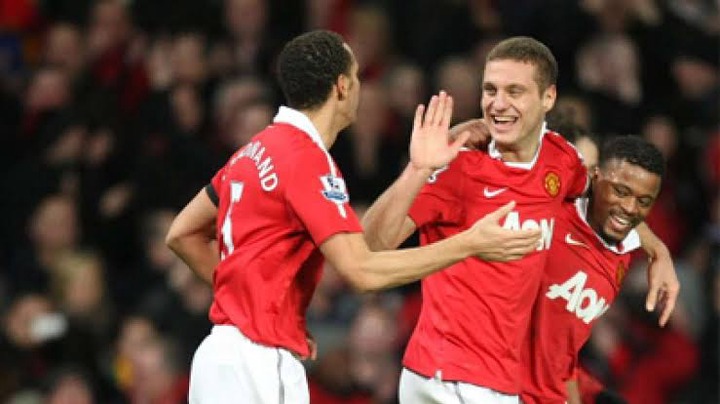 4. Real Madrid 2016 - The back 4 had Pepe and Sergio Ramos as centre backs, Marcelo and Carvajal as wing backs. This back 4 won 3 conservative UEFA champions league trophies from 2016 to 2018. 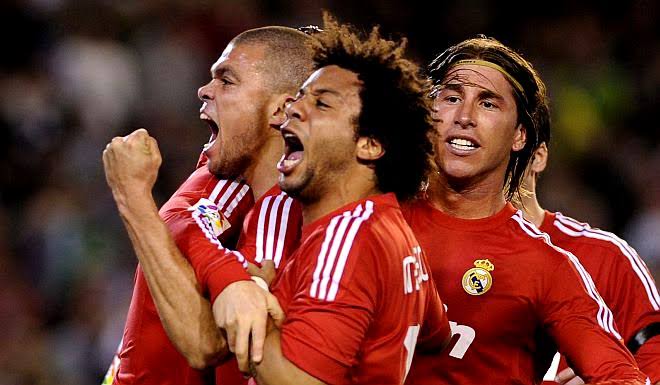 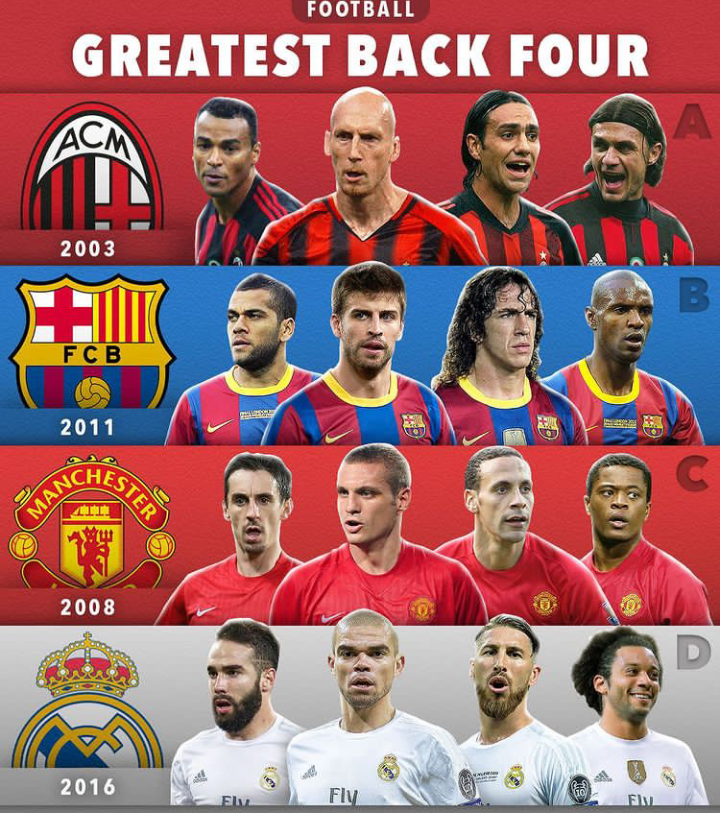