By Soccer_exposé (self media writer) | 24 days ago

Dani Olmo has been one of the Bundesliga's most sought-after playmakers, attracting interest from Europe's top clubs. Despite the fact that Barcelona was the only club to publicly make a bid for him during the summer transfer window, which was rejected, the Barcelona bid is expected to be the first of many that RB Leipzig will receive for Olmo in the coming transfer windows. According to reports regarding Olmo's future, Manchester United and Juventus have joined the race to sign him, with the reports claiming that Manchester United are in a better financial position than Barcelona and Juventus to negotiate with RB Leipzig for a figure close to their £60 million valuation of Olmo, who still has three years left on his contract at RB Leipzig. 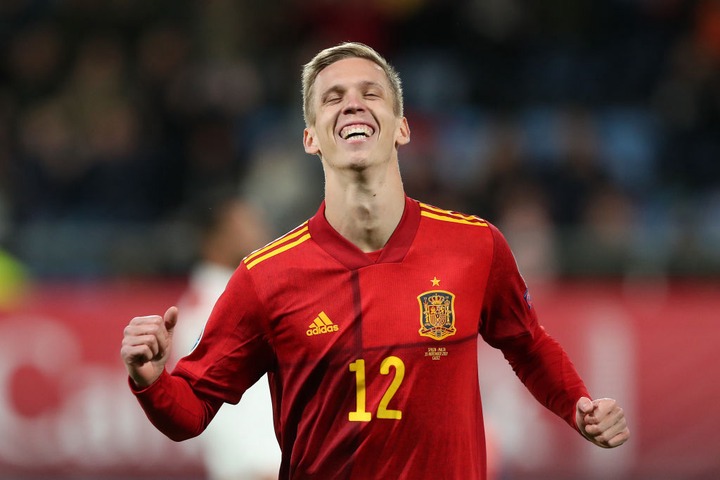 Olmo excels as a number 10 but can also play on the wings, as evidenced by his performance with the Spanish national team in EURO 2020. Adding Dani Olmo to this Manchester United squad will be bad news for United's opponents, as it will provide Ole Gunnar with one of the world's strongest attacking forces, especially given how crowded United's attacking department is already after the additions of Sancho and Ronaldo during the summer transfer window.