Things you did not know about Oliver Giroud

The ex-Chelsea man who moved to AC Milan after winning the Europa league trophy 2019 and 2021 UCL with Chelsea,and also several domestic titles with Arsenal has set a new international record.

Giroud,who matched Thierry Henry's goal record of 51 for the Les blues after scoring a brace in France 4:1 over Australia last night.However, achieving that milestone,for Giroud hasn't been easy.

The following are what you didn't know about Giroud

▪️ Didn't get his first senior cap until he was 25 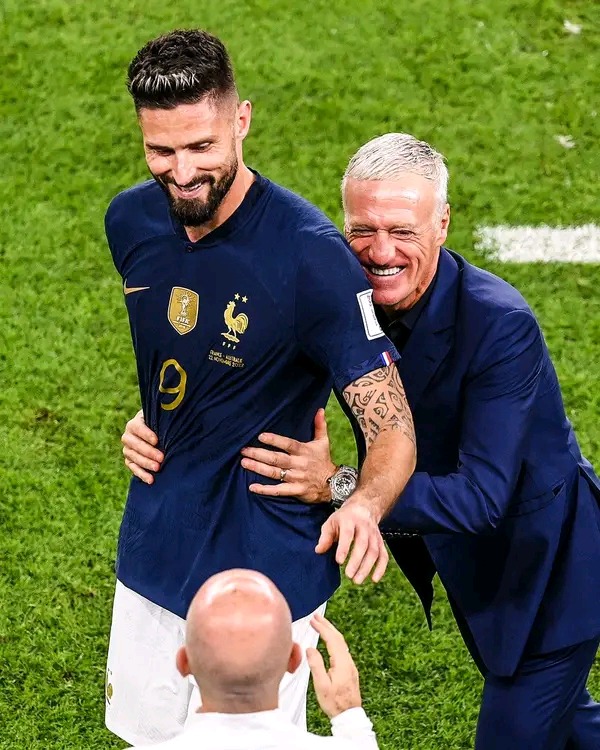 •Level with Henry on France goals at age 36

He is now level with Thierry Henry on 51 goals for France. 🇫🇷👏

The new France,legend in the making,thanks to coach Deschamps who gave him all trust after the injured Benzema was not replaced.

The Frenchman who also won the scuddetto with AC Milan last season,could set another record in France having some other games at hand to play.

Content created and supplied by: Melleckie Mellecks (via Opera News )