Pogba Set To Exit To Join The French Side, Deal To sign Another Midfielder At United, Varane Deal

By Onlinelegitnews (self meida writer) | 17 days

Manchester United will ask for at least £50m for Paul Pogba this summer and PSG aren't put off by Man United's valuation for the midfielder.

Reports in France suggests that PSG will test United's resolve with a summer bid for Paul Pogba. L’Equipe say Pogba is high on PSG's wishlist after their signings of Gini Wijnaldum and Sergio Ramos. 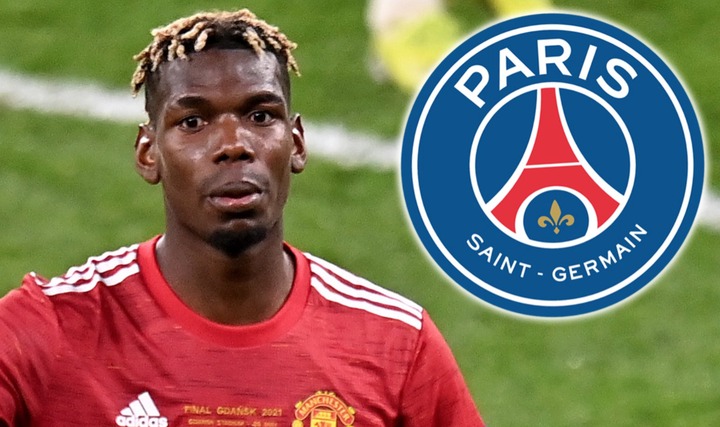 Discussions are progressing for the transfer of Eduardo Camavinga to Manchester United, though there is no offer yet. Camavinga actually prefers PSG to United, however PSG want Paul Pogba. If they can’t finalise a deal for Pogba they’ll go for Camavinga. [@Santi_J_FM]

The Raphaël Varane to Manchester United agreement is very close to being reached. Varane welcomes the option of going to play in Manchester, he is not getting the project that he wants at Real Madrid right now. [@diarioas]

Manchester United and Real Madrid are awaiting Raphaël Varane’s final decision. United’s contract offer to Varane is much higher than that of Madrid - Madrid think that Varane has not responded to their offer because he will decide to move to United. [@JorgeCalabres]

Donny Van de Beek has NOT been discussed between Manchester United and Real Madrid as player included in the negotiations for Raphael Varane. [@FabrizioRomano]

Manchester United are set to try and sign Italy right-back Giovanni Di Lorenzo after Euro 2020, according to reports.

The Napoli defender has been sensational for Roberto Mancini's men this summer as the Azzurri have made it all the way to the final. 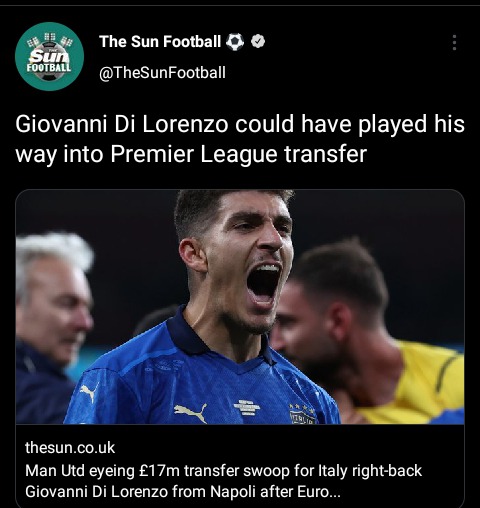 SEVEN Big Chance Misses That Would Have Changed Football History.

Defense Partnerships to Watch Out for Next Season