Both Liverpool and Chelsea have ended their first weekend of April in a great style after winning their matches Against Aston Villa and Crystal Palace respectively.The two top premeir league sides set the fir burning for both Leicester city and Westham united who have been continuously occupying the the champions league bracket for quite some time.This wins just come in after Manchester city list their 32nd premeir league game Against the Aston Villa who are tenth placed in the premeir league standings. 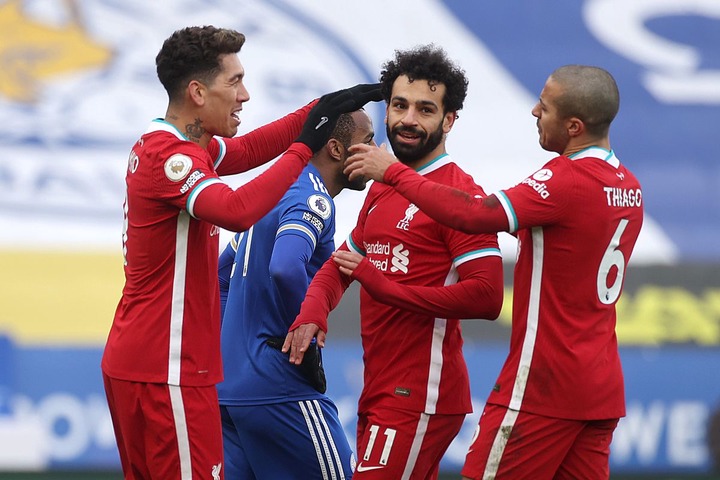 Aston Villa took the lead After Watkins placed the ball on the opponents net at 43rd minutes of the match.After Liverpool went 1-0 down in the first half levels,Mo.Salah quickly placed an Equalizing goal at 57th minutes after the commencement of the last half of the play.The reds later found themselves on the winning side after Alexander Arnold made a big surprise at the extra added minutes of the full time match.This victory has now placed Liverpool in the fifth position with 52 points just two points below the blues Chelsea.Leicester city still have their top four hopes valid,with the foxes still feeling comfortably placed at third position having played 30 games. 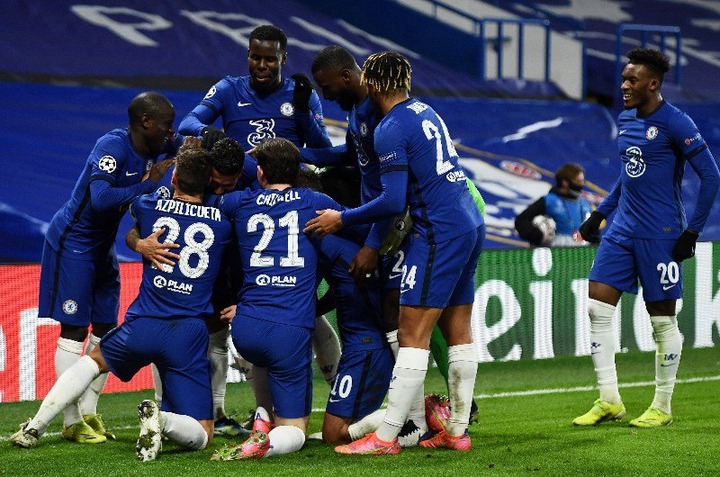 Chelsea have climbed to 4th position with the team being a head of Liverpool with two points.Chelsea have won 4-1 against Crystal palace,with the blues taking the lead in the first half after k.Harvertz made his first goal of the weekend at 8',followed by C.Pulisic at 10' Before Zouma close the first half with a wonderful score at 30'.Benteke overload crystal's striking force with the first goal at 63rd minutes before Christian pulisic gave Chelsea their fourth goal at 78'.This big win just come after chelsea challenges FC Porto in the champions league quarter finals over the midweek.Tuchel's men are now gaining hopes of finishing in the top four a head of Liverpool if they will manage to win their next three fixtures. 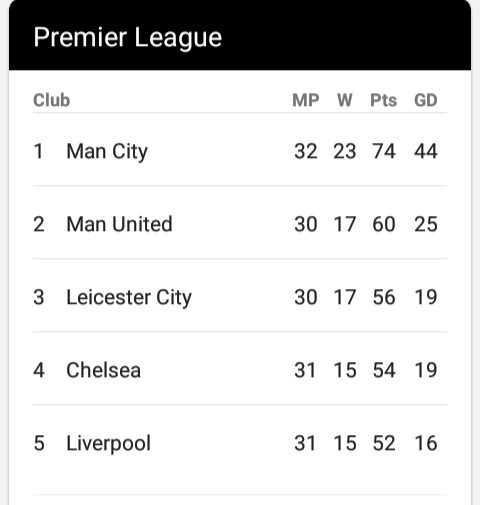