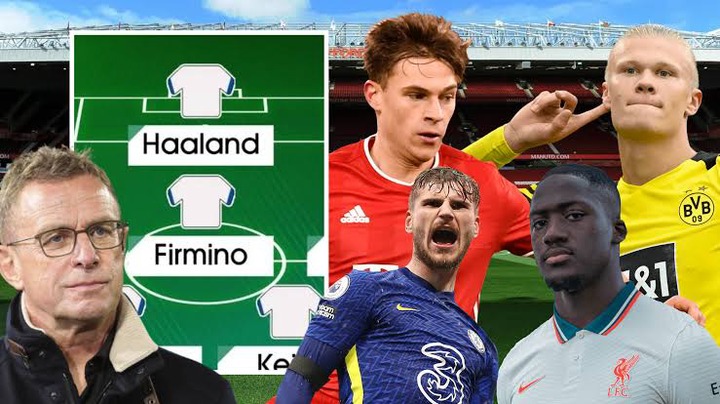 Manchester United have started a new life under Ralf Rangnick the Germany tactician. The 63 year-old led the club to a 1-0 victory against Crystal Palace on his first debut. Manchester United looked different and seemed to have a structure when compared to few weeks ago. Rangnick who want his team to become unstoppable in the coming weeks promised to bring in few new players in this January transfer.

The main target currently is a midfielder who will bring in balance to the squad. Rb Leipzig defensive midfieder Haidara is the key target on the transfer list. The Mali international can play as either 6 or number 8. According to reports from Old Trafford the red devils manager has made a contact with Haidara's agent. 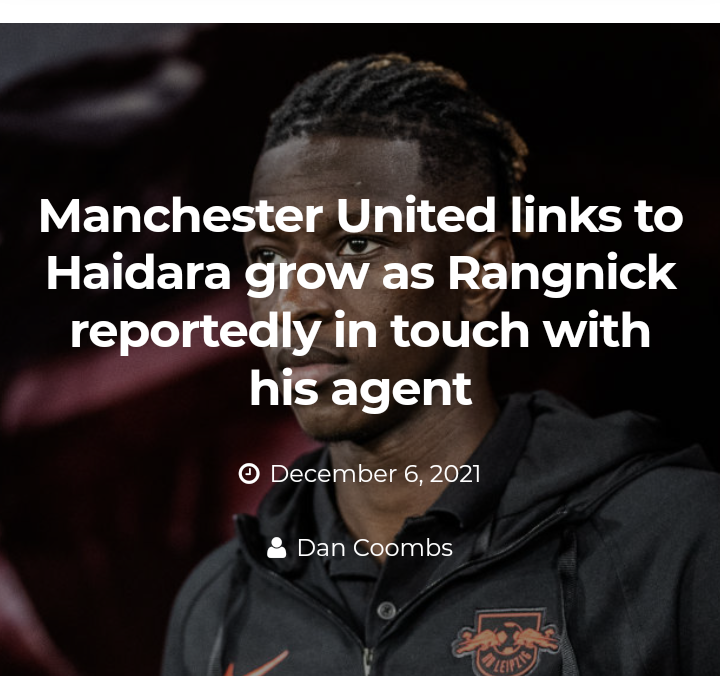 The 21 year-old has a release clause of $32m which Manchester United are willing to pay. Haidara who has grown to a valuable professional footballer in Bundesliga has been a Man United fans since being a kid and want to fulfill his dream of playing at Old Trafford.The Sun report Rangnick has been in contact with Haidara’s agent Volker Struth, and a deal is described as ‘all but done’.

Rangnick praised Fred and Mc Tominay for the performance against Crystal Palace but he said they lack few tactics which Haidara can add in. Manchester United also played high pressing game which was much different from Ole's tactics.Rangnick is a big fans of Haidara, having signed him for RB Leipzig from Red Bull Salzburg. Quoted by Bundesliga.com at the time of the deal, the United interim boss described the midfielder as an ‘absolutely exceptional’ talent.