Arsenal are struggling to play without Aubameyang, Pepe, Elneny and Partey. Who all have joined Gabon, Ivory Coast, Egypt and Ghana respectively for AFCON duties 2022. 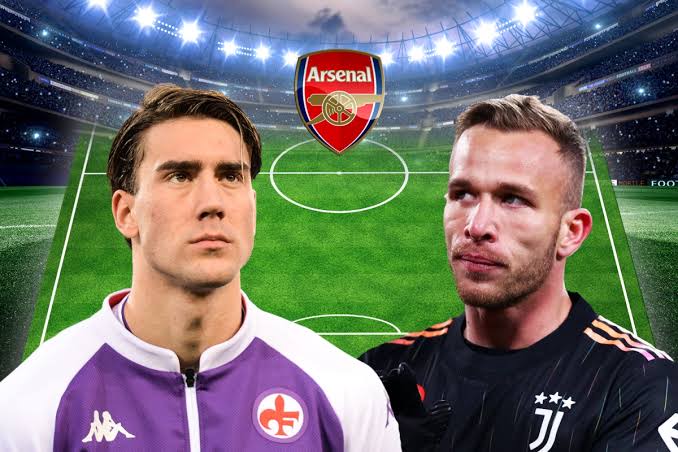 More so Xhaka has been suspended at least for next two matches in premier league and Carabao. After he picked a red card against Liverpool side in a Carabao Cup first leg semi finals at Anfield last week. 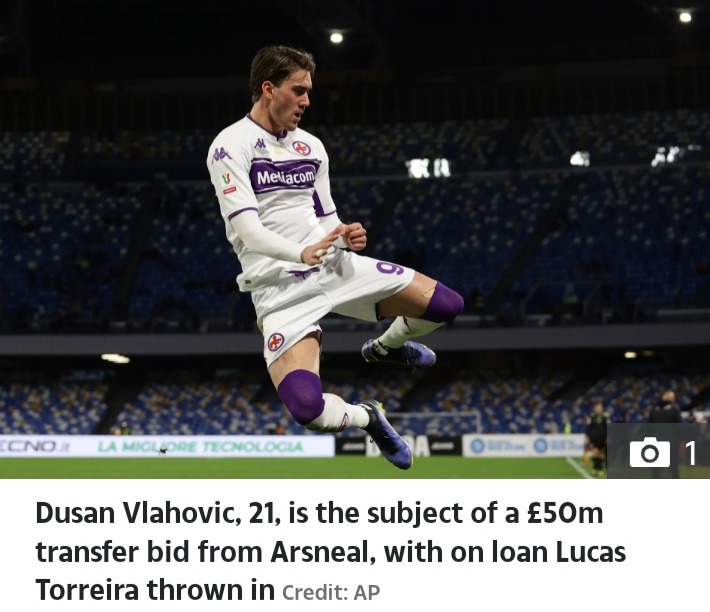 While a section of players tested positive for Covid-19 including Rowe. Keeping in mind that Lacazette and Nketiah are running down there contracts. With just less than six months remaining in their current deals. 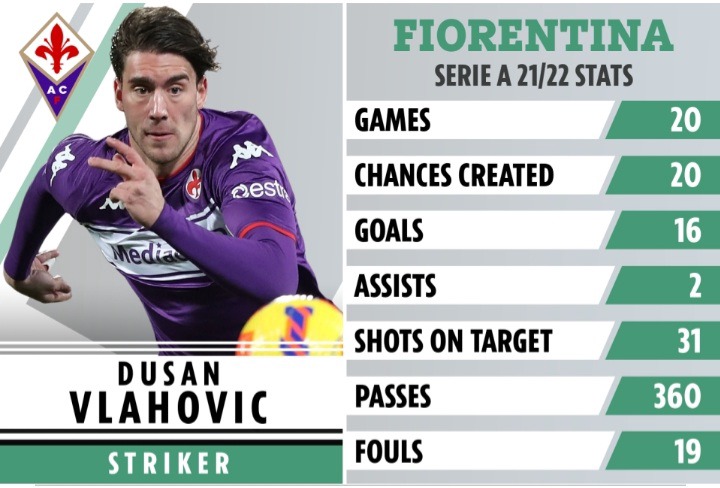 With no signs of club in agreement with the duo over new terms. It's more likely for Arteta to seek some of there replacements. The attacking planyer the former captain Aubameyang had been stripped of the duty of captaincy by Arteta. 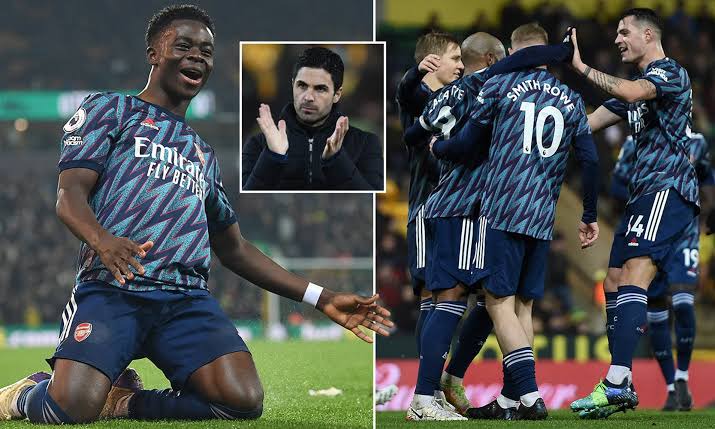 After the latter visited sick mother abroad but arrived late for club duties. His future at the club will remain uncertain especially after he was forced to be training alone. And Mikel didn't utilise the 32 year old in more than four matches before he went to represent Gabon. 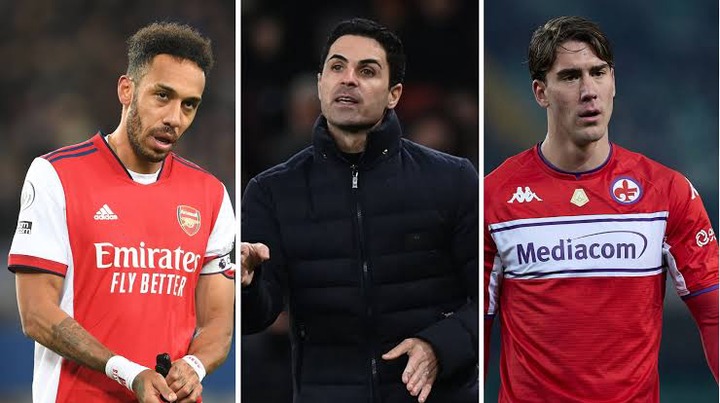 However Arsenal are being rumoured to be on Dusan Vlahovic radar. The Fiorentina striker is scoring goals which has raised concerns from various clubs. And a report from various sources states that. Arsenal have submitted an offer of £50m plus Lucas Torreira who is on loan at Fiorentina as well. 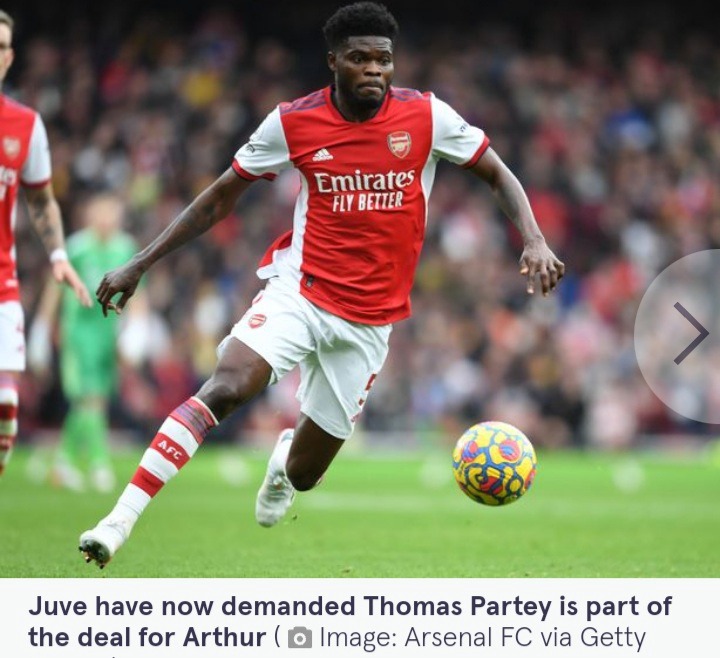 Another high profile player wanted by Arsenal is the Juventus midfielder Arthur Melo. The latter has found playing time had to come by under Max Allegri. As his now tipped to make an exit with Gunners. Looking for his services to offer cover for Partey and Elneny. 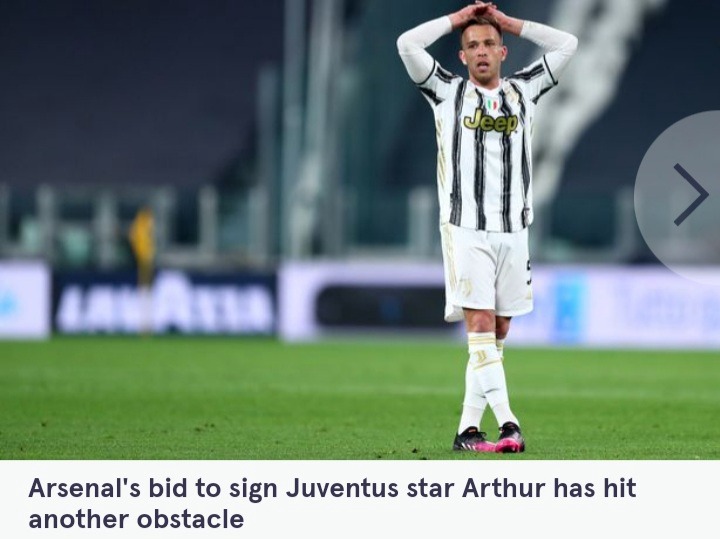 Meanwhile if Arteta and Edu end up making the two important signings. Then Arteta may see his team in a very changed Line-up. Still Aaron takes his position in between the sticks. 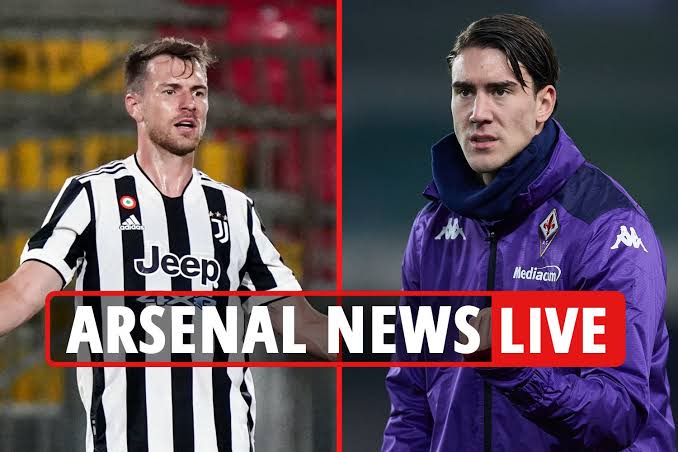 Kieran, Ben White, Gabriel Magalhaes and Tomiyasu are all set to keep there places in the last line of the defense. So is Arthur and Partey upon his return from national team duties in the midfield area as Odegaard retain his number ten role. An attacking trio of Saka, Vlahovic and Gabriel Martinelli may be able to score goals for the Londoners.