By Footballuncensored.com (self media writer) | 1 month ago

Chelsea's defending has been exceptional this season, conceding not more than 6 goals. Players like Thiago Silva and Trevor Chaloba bringing the concrete at the goal. 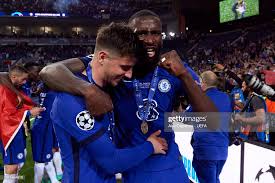 Rudiger has been involved in more than 100 Premier League games for Chelsea since joining from Roma in 2017. At some point he lost favour in the Frank Lampard's time. That was the ideal time for him to leave Chelsea but he stayed and when the football magician, Thomas Tuchel took over he managed to retake his spot. Since then Chelsea reached the FA Cup final and beat Manchester City to win Champions League last season.

He has remained important to the Blues this season, with no other Chelsea player racking up more Premier League minutes than the Germany international. From the Bridge, Chelsea are facing the worrying prospect of losing Antonio Rudiger next summer. He is still to sign any contract with his club. 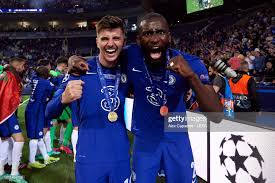 According to Goal, Rudiger wants a contract worth "€12m per season" to move to the Bernabeu, equivalent to roughly £210,000 per week, with Chelsea reportedly unprepared to go that high.

The publication points that, even with a proposed increase to £140,000 per week, the 28-year-old would still be on less money than the likes of Timo Werner and Kepa despite playing a more prominent role than the duo.

As it stands now Rudiger will be free to speak to potential suitors in January if the contract won't be formulated by then. The European giants are also facing a similar situation when it comes to fellow centre-back Andreas Christensen. This leaves Chelsea on a hard place since Thiago Silva is aging and probably won't play it two or more seasons to come.

While there is likely to be no shortage of takers for a player of Rudiger's calibre, reports from Spain suggest Real Madrid in particular are keeping a close eye on the situation. They are likely to snap him and clearly money isn't a problem with them when it comes to contracts. 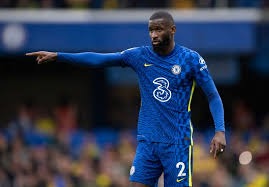 Do you think Rudiger should sign a contract or it's time for him to leave? Leave your comments below. Meanwhile click on the follow icon above. See you around.

Content created and supplied by: Footballuncensored.com (via Opera News )

Top 10 Best Goalkeepers In The English Premier League This Season