A True Captain, What Azpilicueta Did For Mendy Yesterday Is Worth The Praise 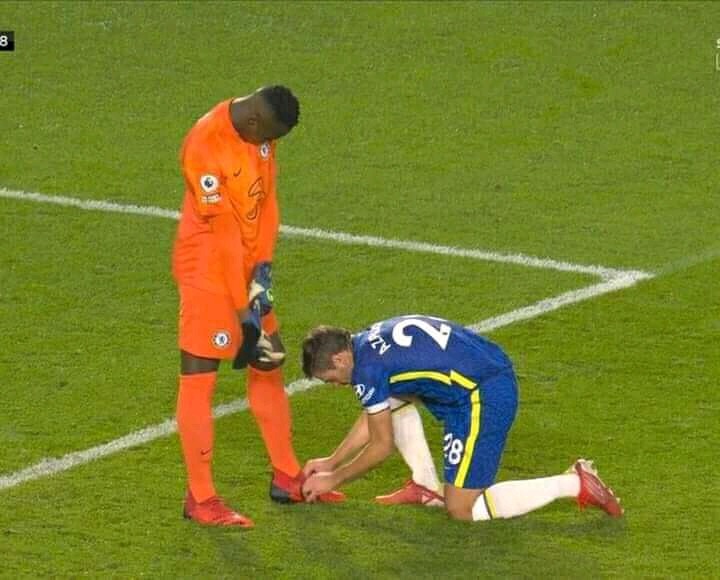 Yeaternight in the Chelsea clash against Brentford, one incident caught the eyes of many viewers and also fans.It came towards the end of the match at a time when Chelsea were being raided so much by the opponents team.

It happened that Chelsea goalkeeer Edouard Mendy's shoe laces had come out and he was trying to tie them, which was difficult.He had started removing his gloves but then the captain Azpilicueta came in.

He knelt down and offered to tie it for him.What a captain and leader! This makes sense because for Mendy to tie his laces, he had to remove the gloves and this would take a lot of time which would see him wearing them again to spend more time.

Chelsea managed to win the match however via a Ben Chilwell solo goal in the first half. The second half was more of defensive work for the Chelsea side mostly.Great show of humility to the Chelsea captain, and worth emulating!