By SportsBible (self media writer) | 4 months ago

Nigeria will open AFCON 2021 on Tuesday with a high-profile match against five-time champions Egypt. The match will take place at Roumdé Adjia Stadium and will be one of the highlights of the first day of matches. Nigeria has won the competition on three occasions, the most recent being in 2013. Egypt has won the tournament more times than any other team, but it hasn't done so since 2010. Despite this, both teams are among the favourites to win the championship this season, and the match is sure to be entertaining. Guinea-Bissau and Sudan are the other two teams in Group D, and the winner of this match is expected to finish first.

Both teams have attacking talent, and Mohamed Salah of Liverpool will be the centre of attention in this match. Nigeria has lost three times in 2021, compared to Egypt's two losses the year before.

The game on Tuesday between the two teams will be exciting to watch, and I expect it to end in a high-scoring tie.

In all tournaments, the two teams have met 18 times. Nigeria has a better record against the Pharaohs, with an 8-5 win-loss record and five stalemates. They've played ten times in the AFCON, with the Super Eagles winning four times. Egypt, on the other hand, has three wins and three draws to its credit. They last met in a friendly match in 2019, with Nigeria winning 1-0 at Stephen Keshi Stadium.

News from the team

When Napoli forward Victor Osimhen was forced to withdraw from the squad due to a positive COVID-19 test, Nigeria's preparations were dealt a major setback. The athlete tested negative on Sunday, but he is already returning to his team.

Odion Ighalo was also denied permission by his club to leave for national service, and he is still unavailable, while Abdullahi Shehu is injured.

Egypt will be without a few key players for the start of the season. Mohamed Abo Gabal and Ibrahim Adel were ruled out after testing positive for COVID-19, while Mohamed Hamdy had to withdraw due to injury. 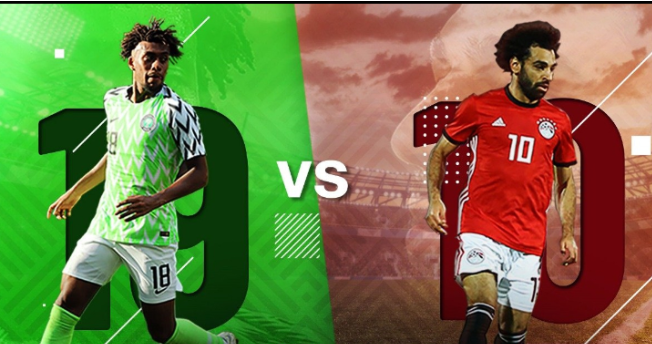 Do you believe the Super Eagles will be able to defeat Egypt on Tuesday?

According to Opera News

Thirteen(13) Biggest PREDICTIONS To Rely On This Monday 16th May