By Totobalaa1 (self media writer) | 1 month ago

Manchester United football club has had series of poor run of games, despite having some of the most unique talents in the squad. The return of Cristiano Ronaldo brought a lot of expectation to the clubs fans and management, but the reflection has not been pleasing. There has been cries from the fans that a new and experienced coach should be managing Manchester united and last weekend things became hotter when Manchester united team was humiliated by Leicester at King power stadium. 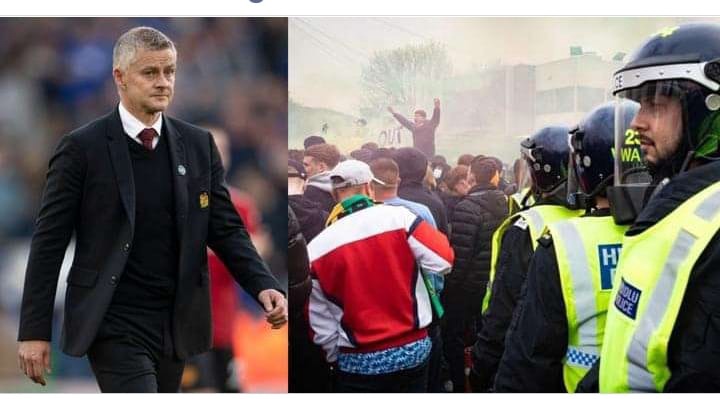 Manchester united were beaten 4-2 by Leicester and the results worsened Ole’s fate. According to reports, security team is on red alert as the fans are ready for pretests. The Norwegian fate is set to be determined before the next weekend premier league match against Liverpool. There is a likelihood of the manager being shown the door as fans are serious demanding for an experienced coach like the former real Madrid coach Zinadine Zidane and the former Chelsea coach Antonio Conte.

It’s been long since the club won a major silverware and the supporters are eager for it keeping in mind that we have one of the most talented squad in history. If you are in a position to advice Manchester United board what would you tell them about their coach? Sack or keep him? Do you think this is the prime time for Manchester to win a major trophy? Kindly your views in the commend box.

Content created and supplied by: Totobalaa1 (via Opera News )