By Hesborn_Online_Vlogs (self media writer) | 21 days ago

Manchester United played their 2nd UEFA Champions League match this season at Old Trafford where they were looking for revenge against Villareal. The game was also a must-win for Manchester United manager Ole Gunnar Solskjaer who's been under immense pressure for the last few days. 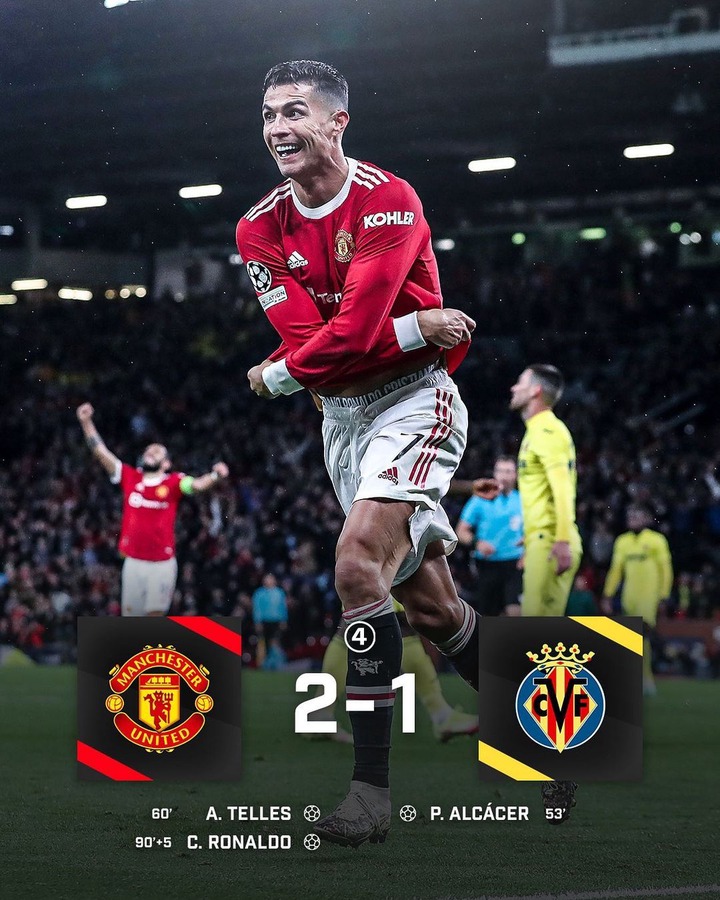 The English giants had been defeated by Aston Villa at Old Trafford last weekend and needed to win this game to restore their hopes of making it out of the group stage after their defeat to Young Boyz in their first match. 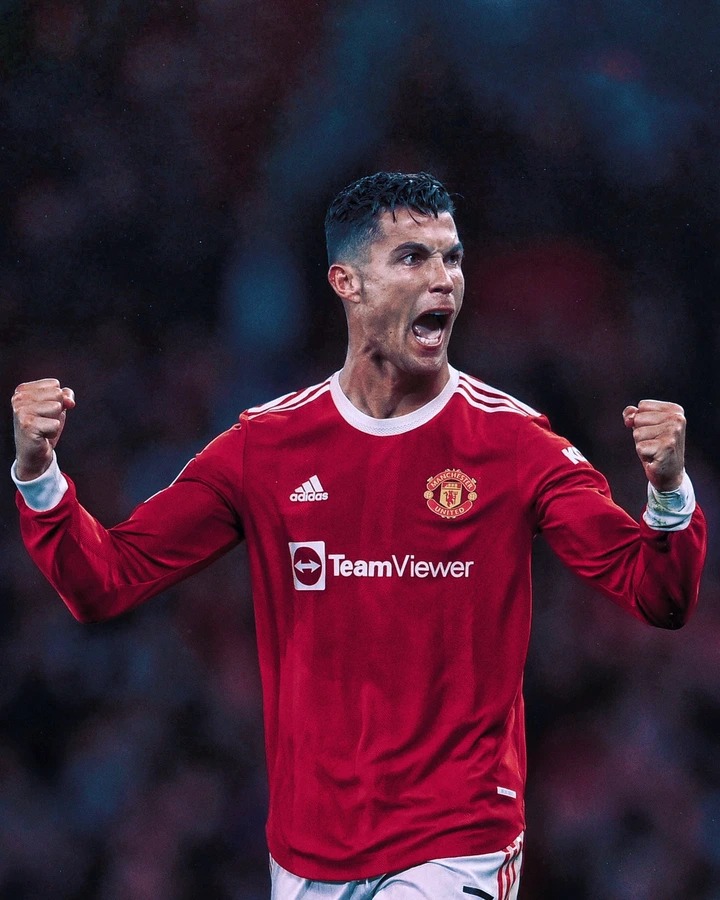 Going against the Europa League winners for the first time since their famous defeat in the Europa League final barely 4 months ago, Manchester United conceded first after Paco Alcacer put Villareal in front in the 53rd minute.

Manchester United got the equalizer in the 60th-minute through Alex Telles who had started in the left-back position after Luke Shaw's injury. 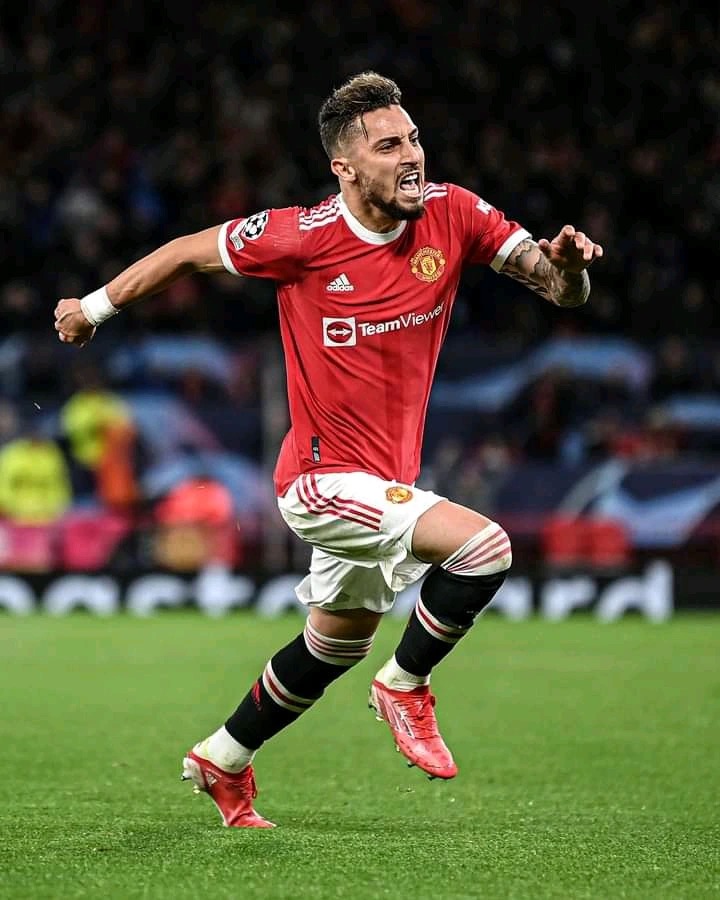 Bruno Fernandes was the one who got the assist after playing a clever lofted ball to the unmarked Telles who scored a wonderful volley. 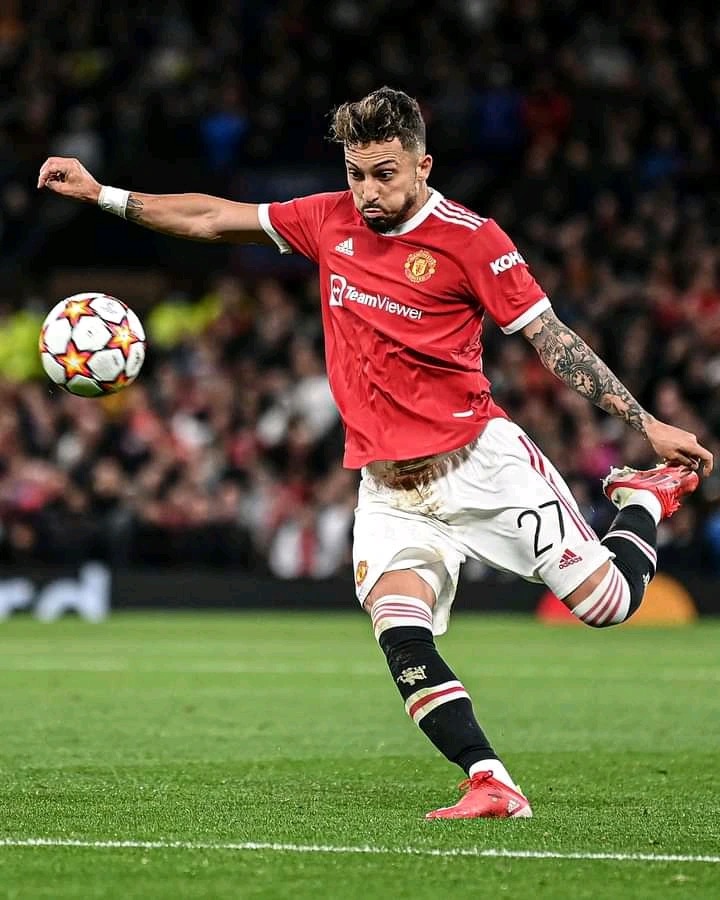 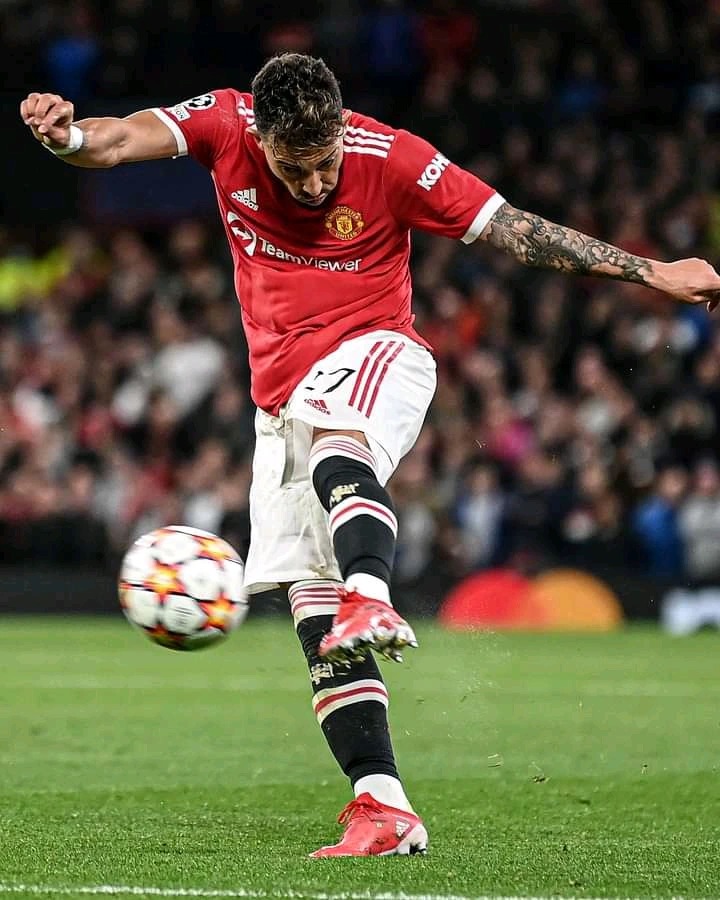 With the game slowed heading for another frustrating result for Manchester United, Ole introduced Cavani, Lingard, Fred, and Matic to try and change the game.

With few seconds remaining, Cavani played a pass to Bruno who rolled it to Fred who was acting as a left-back then.

Fred played a wonderful cross to Ronaldo who headed it down to Lingard. Lingard then played a first touch pass back to Ronaldo who scored his first Champions League goal at Old Trafford since 2009. 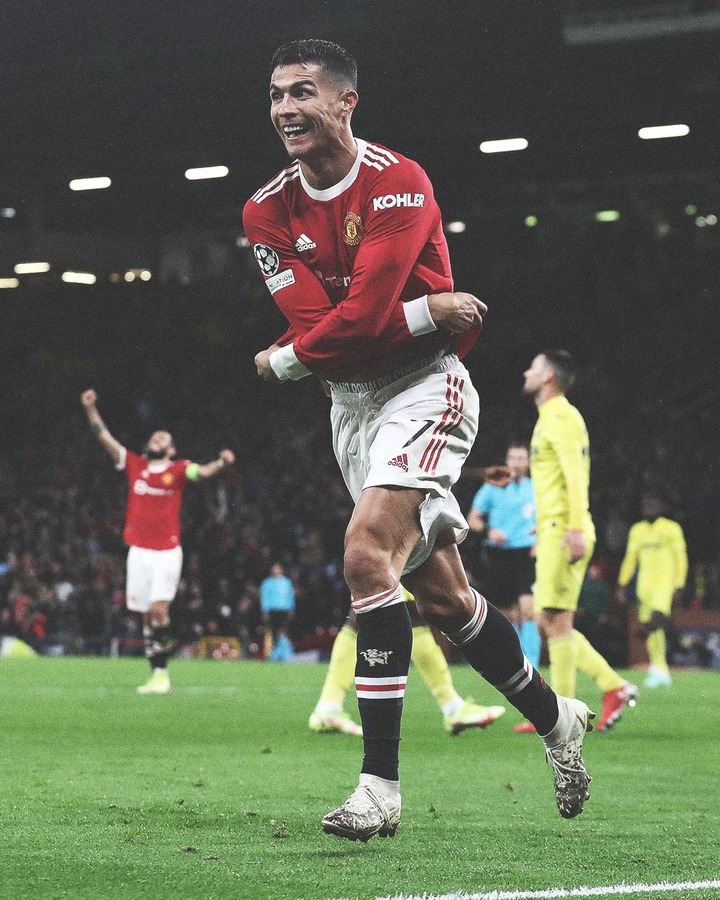 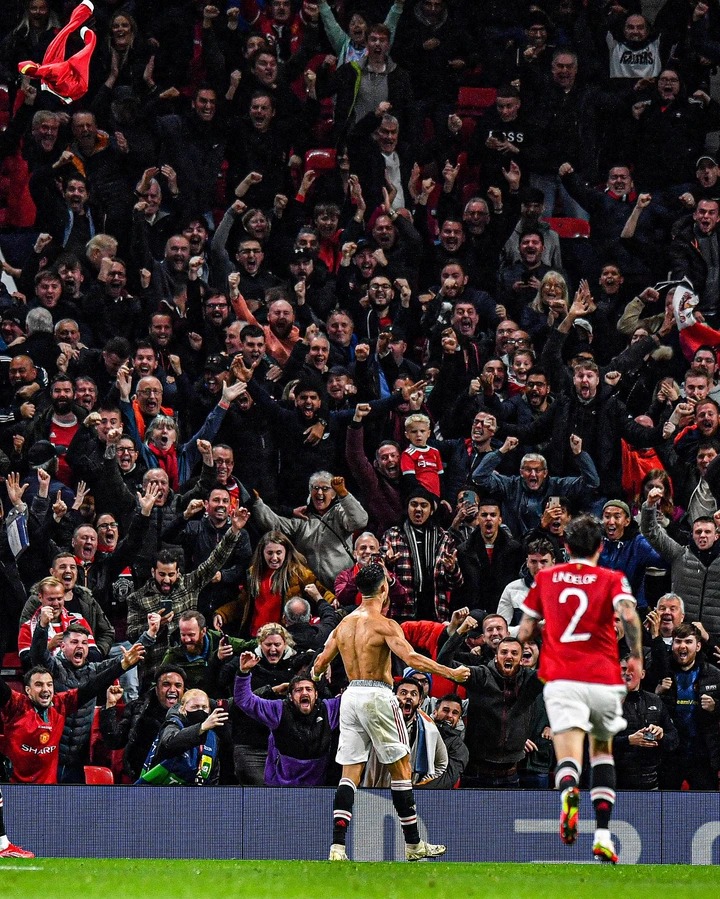 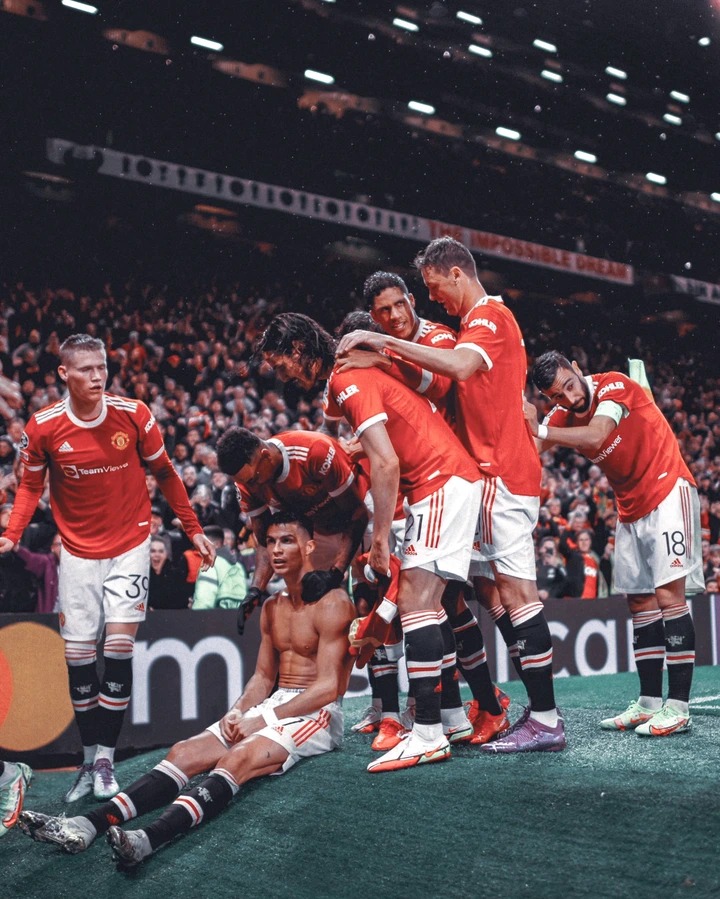 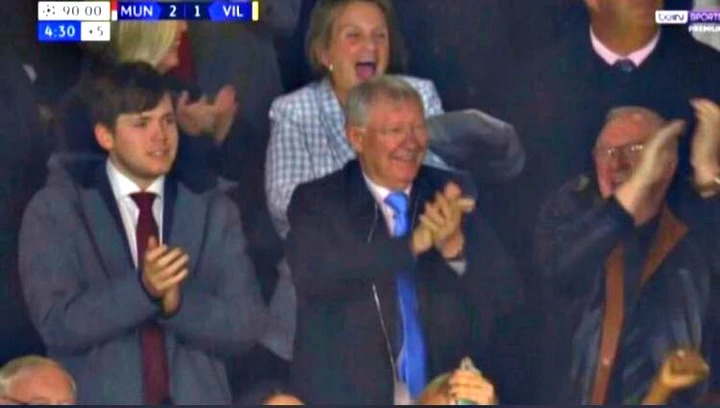 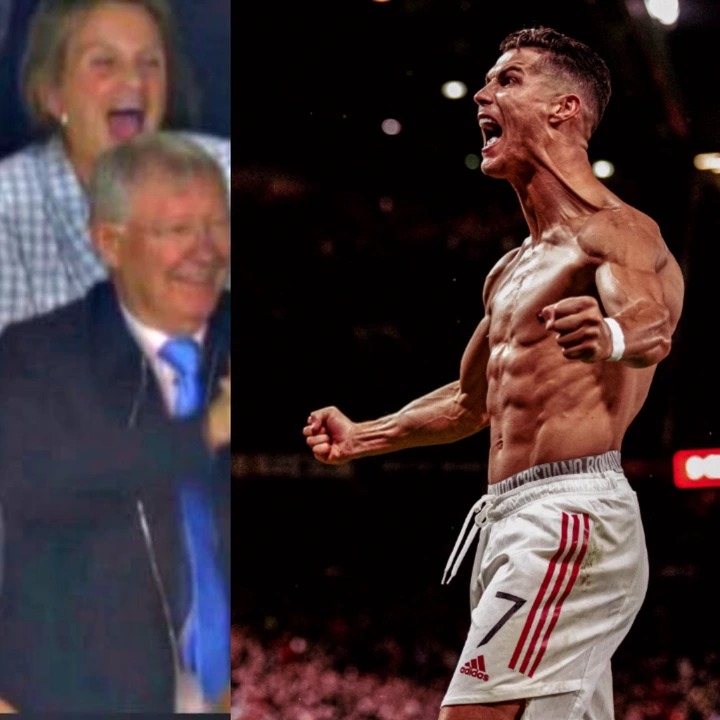 What a night for all Manchester United fans. 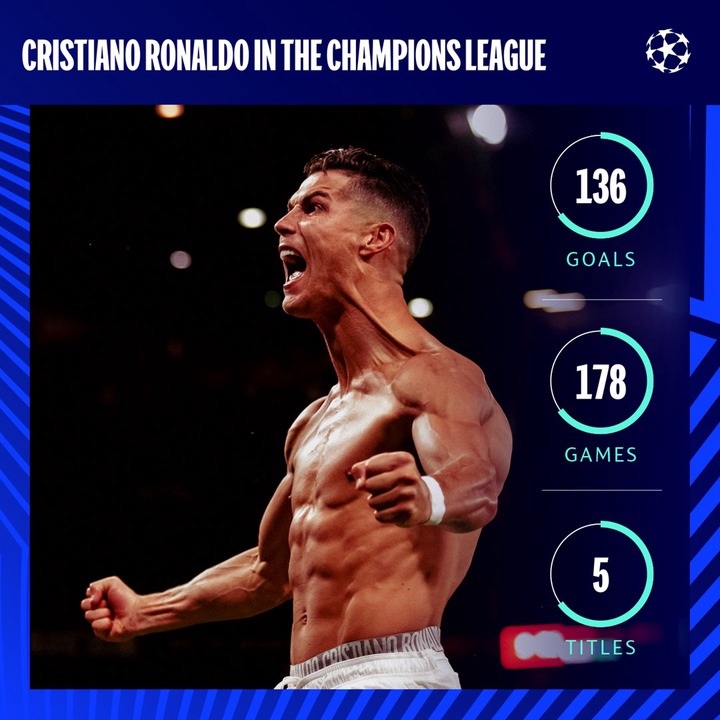