"Kwani Wanafanya Nini?" No Player From Arsenal Has Scored Even A Single Goal In EURO 2020 Tournament

By MimiNaWewe (self meida writer) | 25 days

UEFA European Football Championship commonly known as EURO, started on 11th June and it will conclude on 11th July 2021. In this competition, 24 top teams from Europe compete against each other and the winner will walk away with €10,000,000 prize money and a Euro trophy. 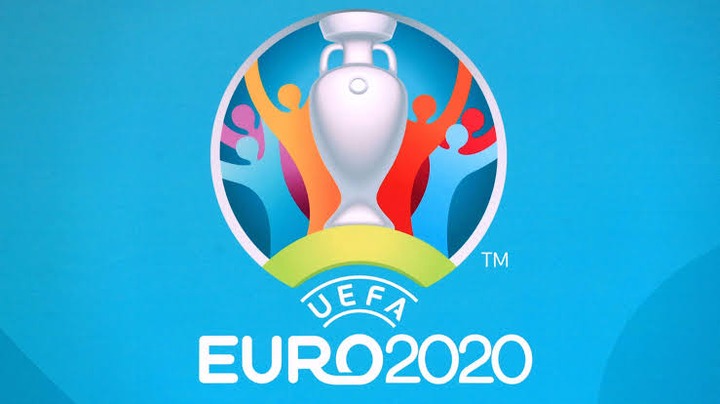 The competition is now at semi-final stage where four teams have remained. Spain, Italy, Denmark and England. Current top scorer in the tournament, is Juventus Striker Cristiano Ronaldo with 5 goals and 1 assist. He's still number one despite his team Portugal, being eliminated from the tournament.

Race to golden boot is not over because Sterling and Kane from England are two goal away from becoming the top scorer and they are still in the tournament.

In every competition, players from top 6 clubs in English Premier League that is Manchester United, Manchester City, Arsenal, Tottenham, Chelsea and Liverpool, are always watched. Different players from 5 clubs have already scored in the tournament, except from Arsenal club. 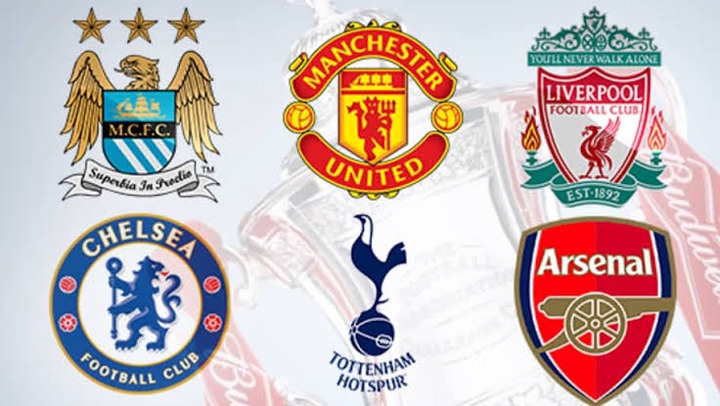 No player from Arsenal has scored in the tournament and this will make you wonder what they are doing in the competition. 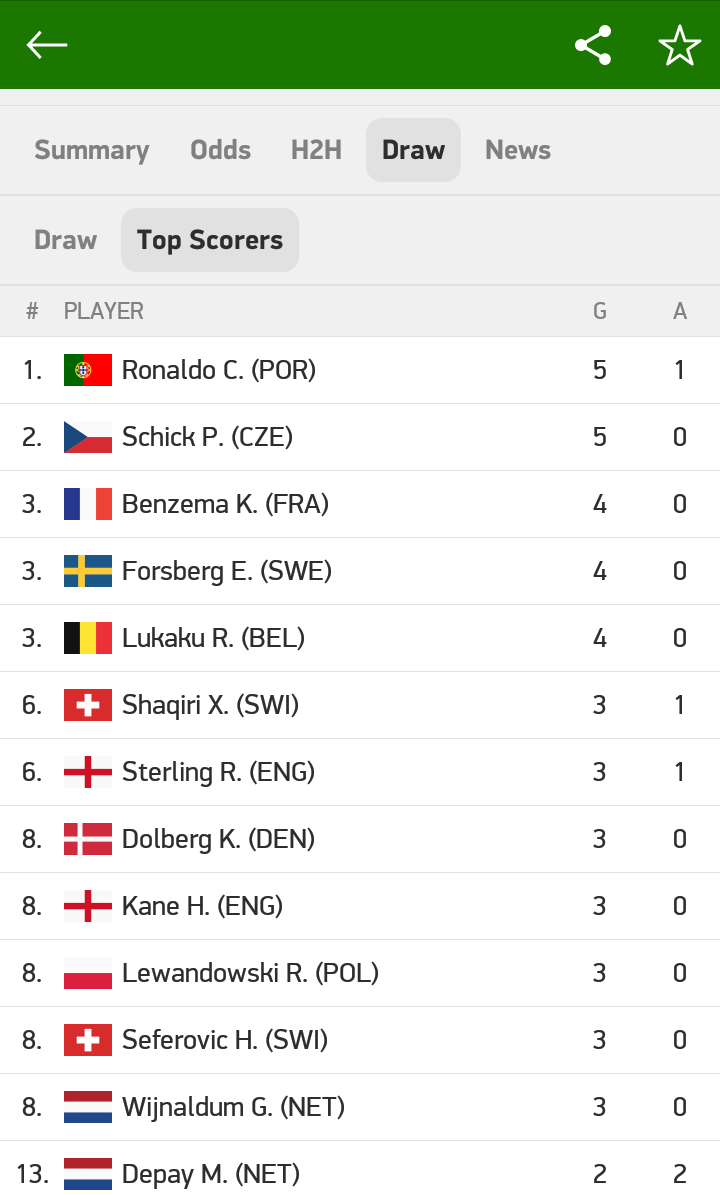 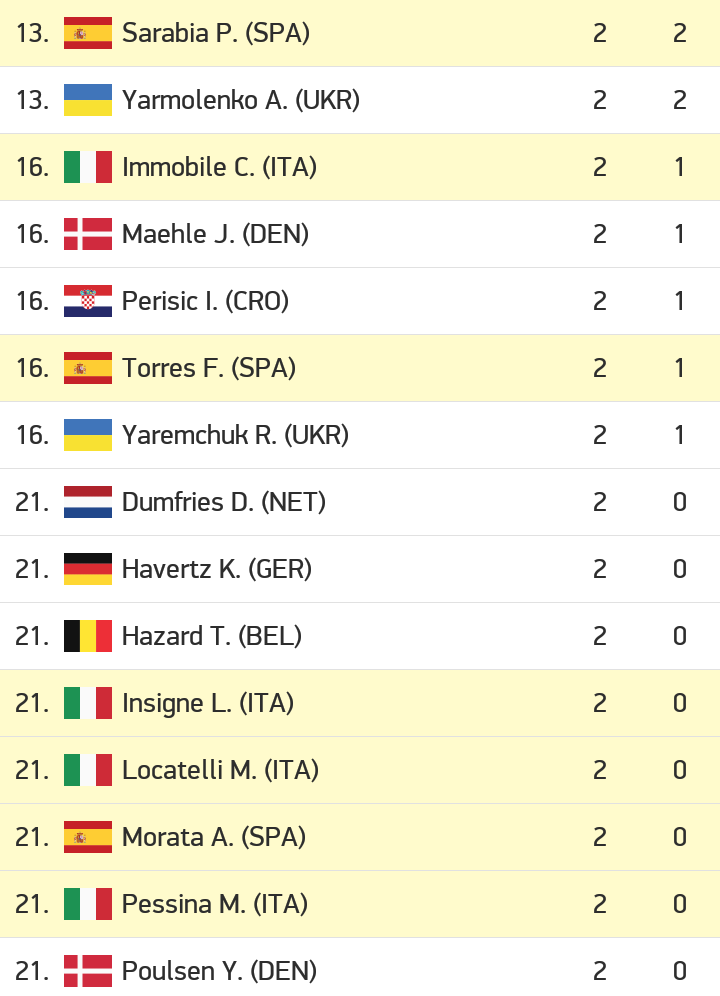 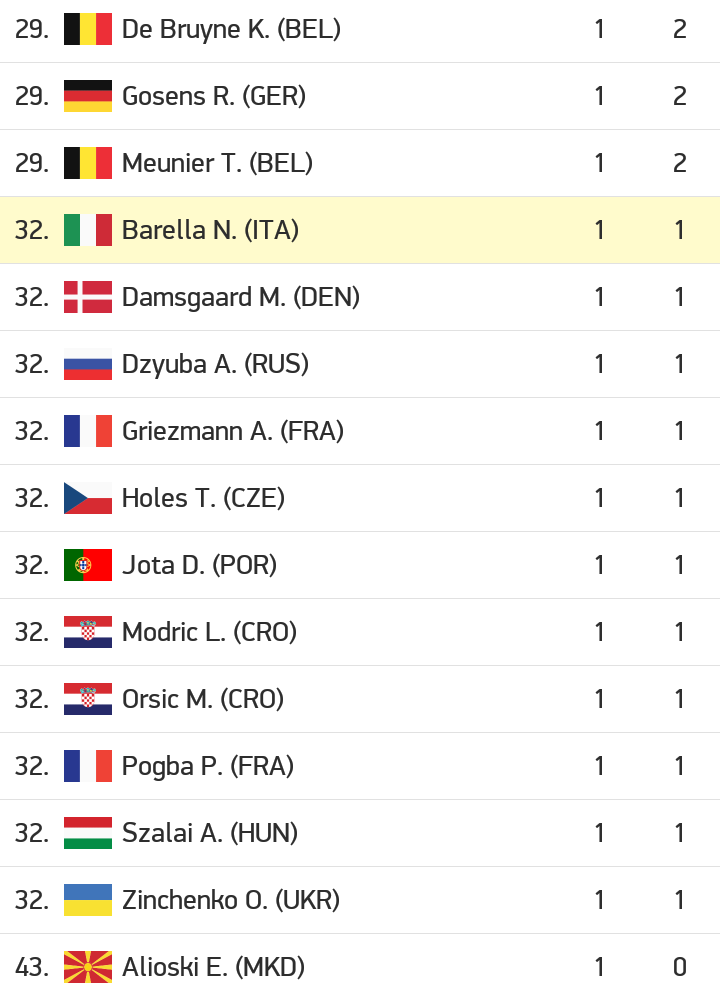 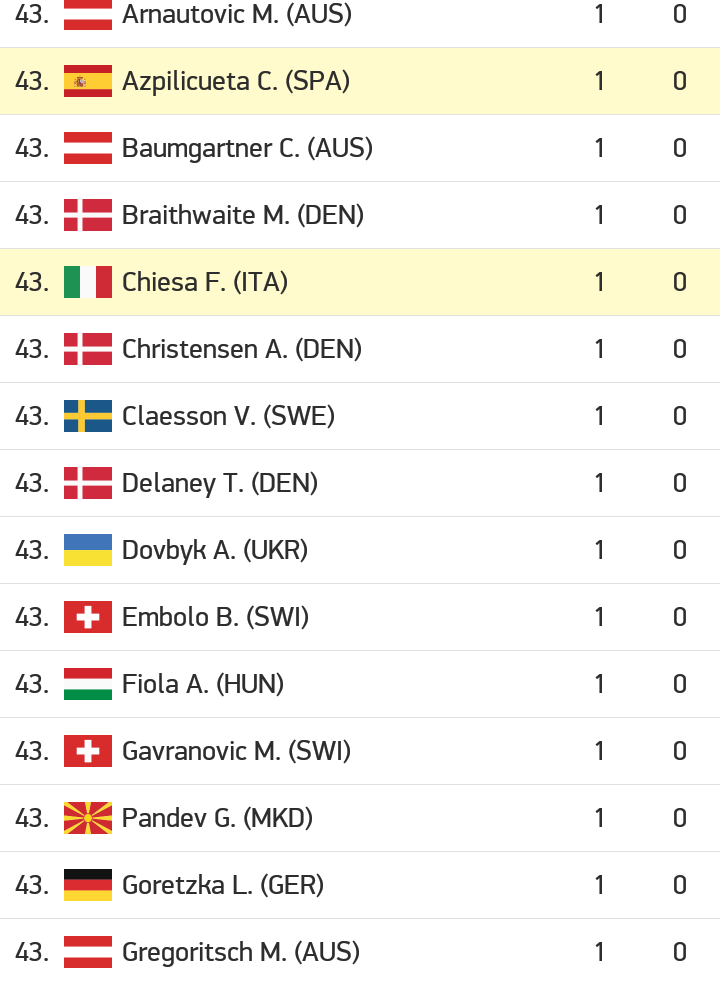 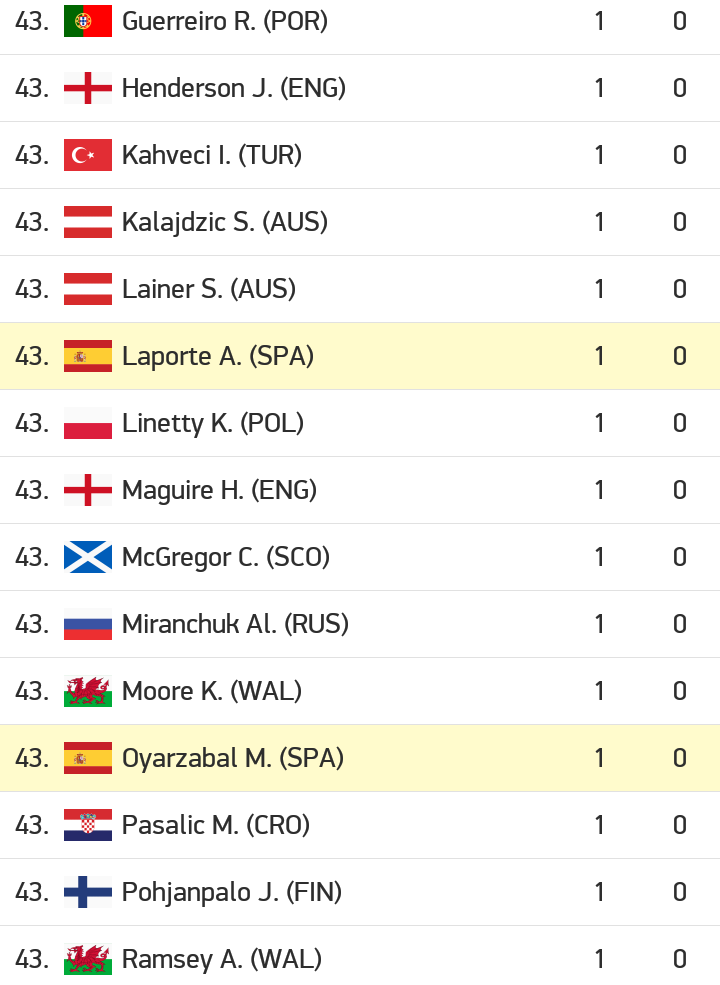 No one from Arsenal has scored even a single goal despite playing. Players from Arsenal who have played in the tournament are Saka from England, Xhaka from Switzerland, Tierney from Scotland. Saka is the only player from Arsenal still in the competition and hopefully he will score.